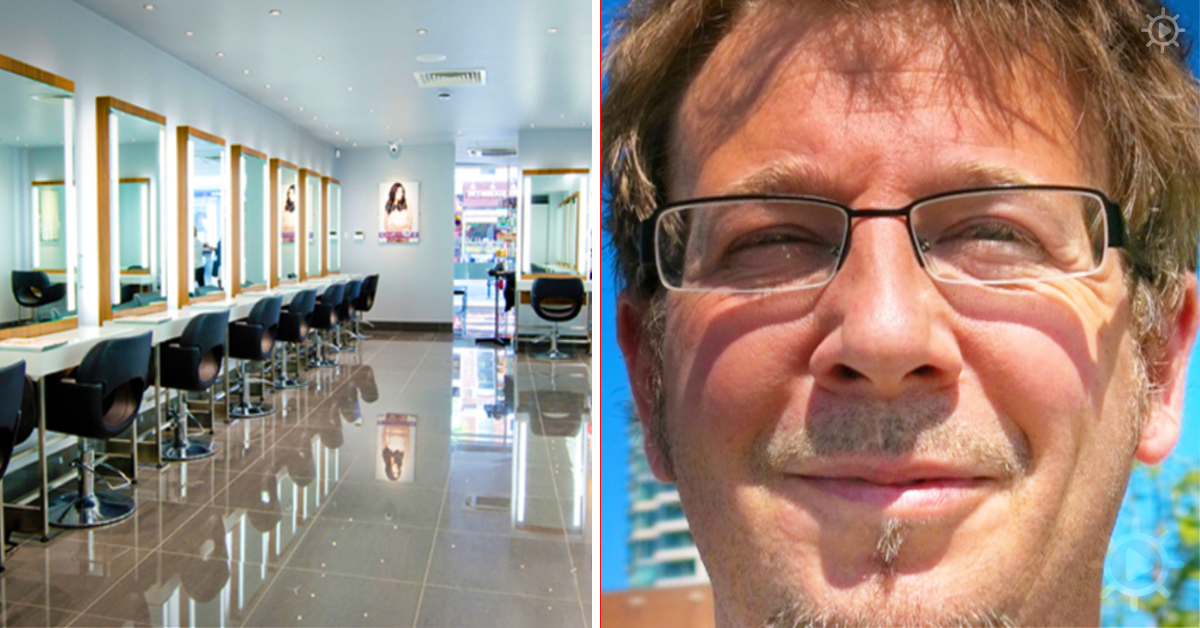 A few years ago, Dave Tyler went to the salon to get his hair professionally washed and cut. Sounds like a perfectly ordinary thing to do, but it changed his life forever. No, he didn’t meet the love of his life. Nor did he get a life-transforming haircut. Instead, he nearly died.

Three days after his haircut, Dave was on his way to a meeting when he suddenly lost all sensation on the right side of his body and collapsed. He was rushed by ambulance to a nearby hospital where doctors determined that the 45 year-old had suffered a stroke. Years after the episode, this father of two can no longer drive a car, has trouble keeping his balance, and is plagued by other complications.

Incredibly, it was his visit to the hair salon that caused Dave’s stroke. When he was getting the wash, his head was bent back into the basin — as anyone who’s been to a salon knows, that’s perfectly normal; it’s how it’s done. But unfortunately for Dave, the pressure on his neck injured a vein which in turn created the blood clot that broke free and caused his stroke. He ended up suing the well-known company that owns the salon, winning over $100,000 in damages.

Dave Tyler isn’t the only person to have had something like this happen. The term “beauty salon stroke syndrome” was coined back in 1993. He was unusually young, though: the syndrome is far more likely to affect older people. According to doctors, the elderly should avoid bending their heads back more than 15 degrees and be especially careful if they have arthritis or circulatory problems. Dave wants to get the word out: “Salons need to make sure cushions are available, that customers are offered them and that staff know about the syndrome.”

Are you going to request a cushion or soft towel next time you’re getting your hair washed at a salon? We’d love to hear from you in the comments at Facebook. Like and share this story to make your friends aware of this hidden danger.