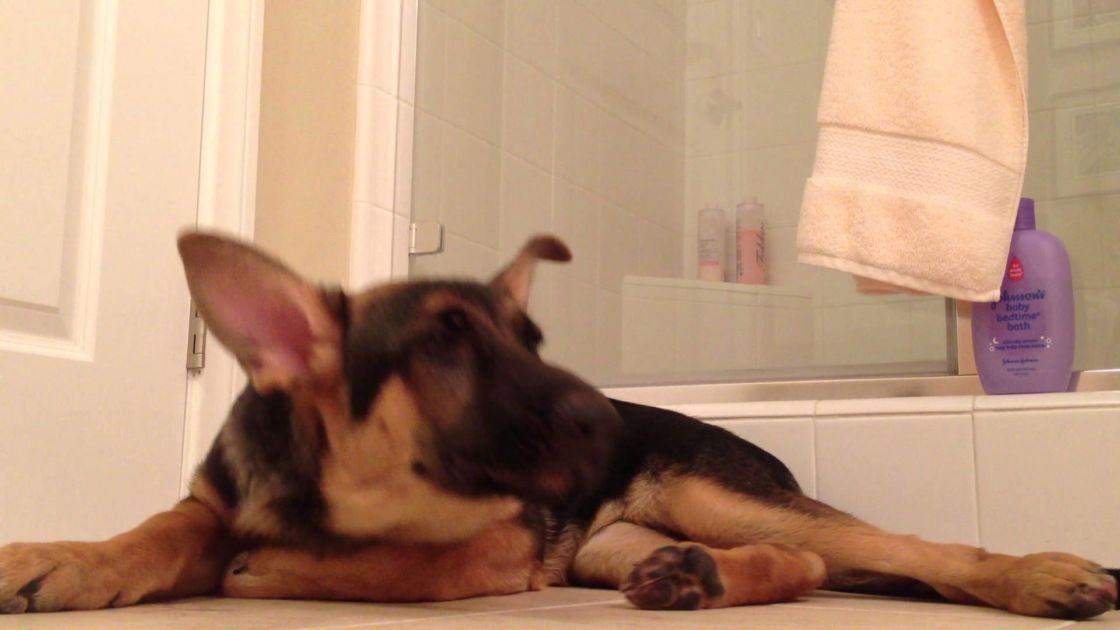 Dogs are proficient in many areas and have many talents, but I had no idea singing was one of them until I watched this video. I’ve seen dogs perform tricks, provide therapy, rescue people, and lead the blind. But have you ever seen a dog sing?

I haven’t, till now. If you haven’t, this video right here is going to be a special treat! Meet Maximus, the singing German Shepherd. This handsome dog will make you fall in love with him in a matter of seconds, although he doesn’t have to sing to make you love him. Just his ears and facial expression will do that.

His owner recently discovered that Maximus liked to howl whenever he heard people sing. So he decided to try it out and see if he could catch it all on video. He began singing Eduard Khil’s famous “Trolololo” song in the shower, and ended up having a duet with his adorable pooch! This dog just made my day! Although part of me wonders if Maximus had an ulterior motive for howling alongside his owner. Perhaps he just wanted him to stop singing…