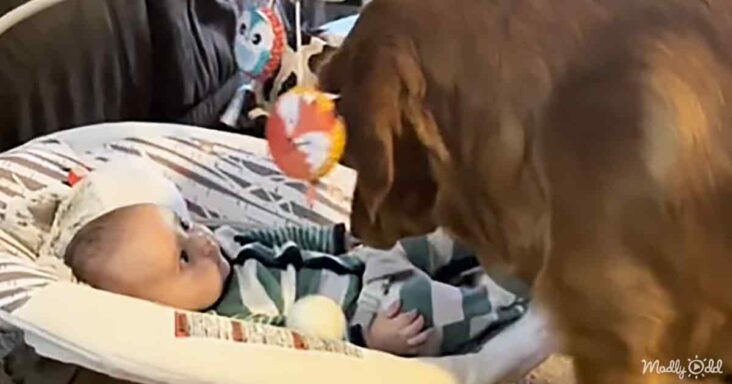 This video begins with Hobbes, the Golden Retriever, and his human baby brother, Nolan. Hobbes is eagerly staring; at first, we don’t realize why, but then you see it: Nolan has a ball! 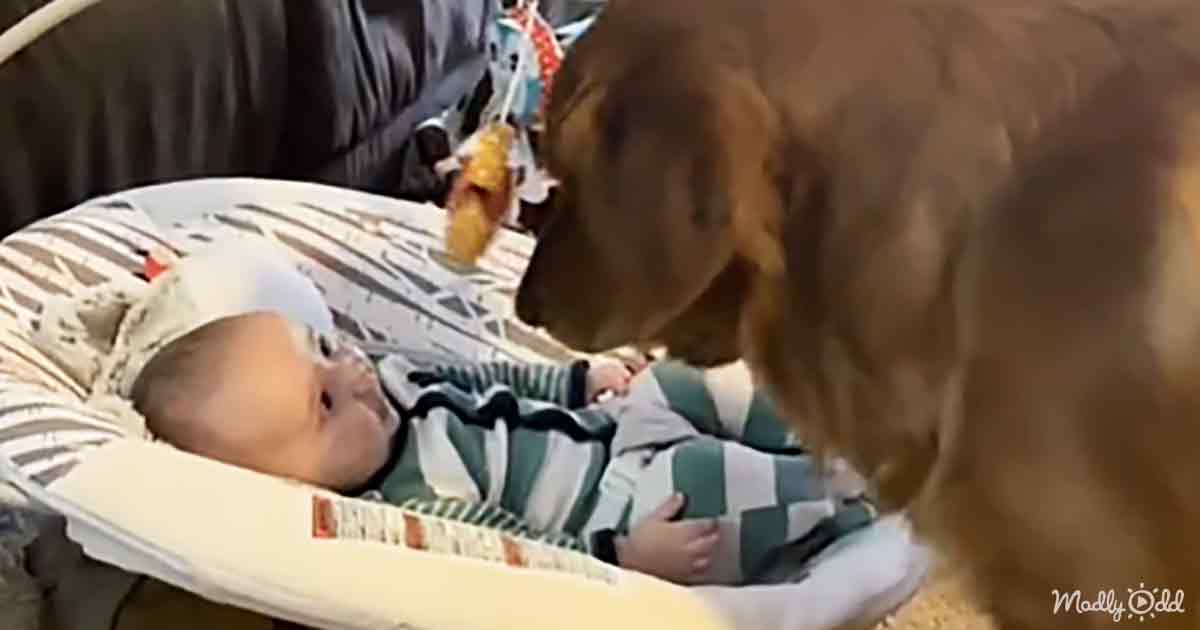 Hobbes has apparently given Nolan the ball in an attempt to get him to play fetch with him. Understandably, Hobbes hasn’t quite figured out that Nolan isn’t old enough to throw yet. As such, he’s utterly confused when Nolan seems to refuse to throw the ball.

Meanwhile, cute little Nolan is just relaxing, waving his hands and legs around as he reclines in his rocker. Since Nolan isn’t trying to pick up the ball, Hobbes decides that he’ll take the ball back. Perhaps the baby hasn’t seen it? 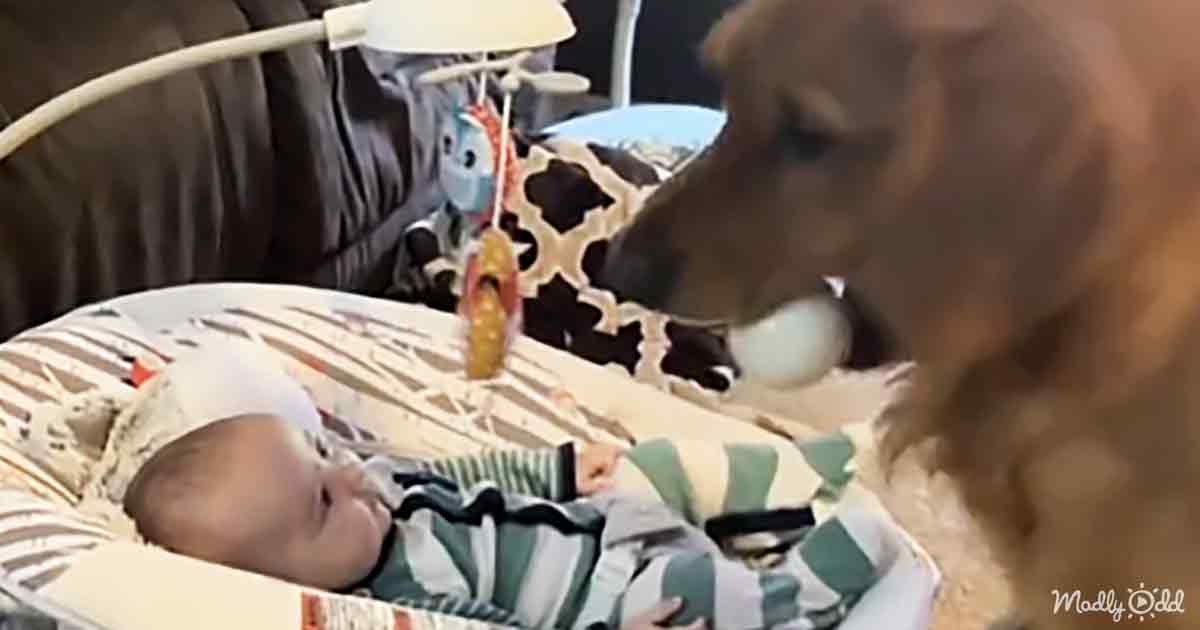 Hobbes gives Nolan the ball again. Still, there’s no reaction from the innocent baby. Nolan just stares at Hobbes, interested in watching him but unwilling to take action. To Nolan, he just sees the dog coming back and forth.

The third time, Hobbes places the ball directly on Nolan’s chest (though it quickly rolls off). By this point, Nolan isn’t even looking at Hobbes, but the dog gives it one more try. 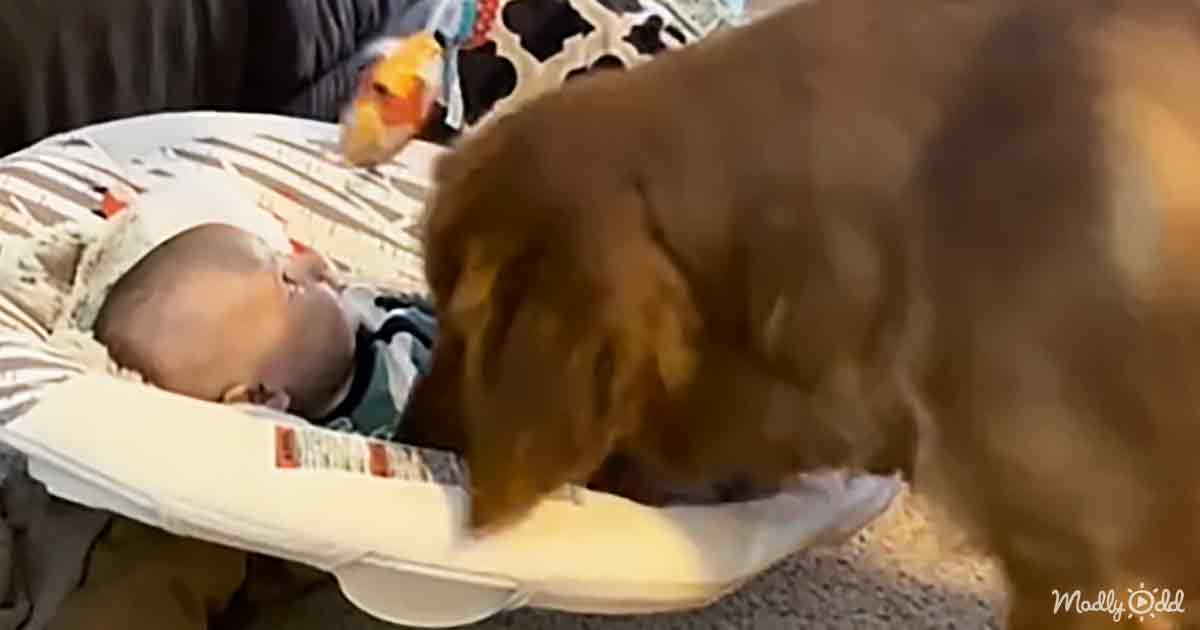 He again gives Nolan the ball, licking the child’s face for extra motivation. He’s managed to get Nolan’s attention, but the tiny child is still unwilling—and unable—to play along. Hobbes finally gets the hint and moves on as his owners laugh in the background.

Unfortunately for Hobbes, it seems like he might have to wait for a while before Nolan can play catch. It’s going to be quite the wait, but we’re sure the two will have hours of fun together once Nolan is old enough to play ball. You’ve got to give Hobbes credit, though: he didn’t give up quickly and kept trying! 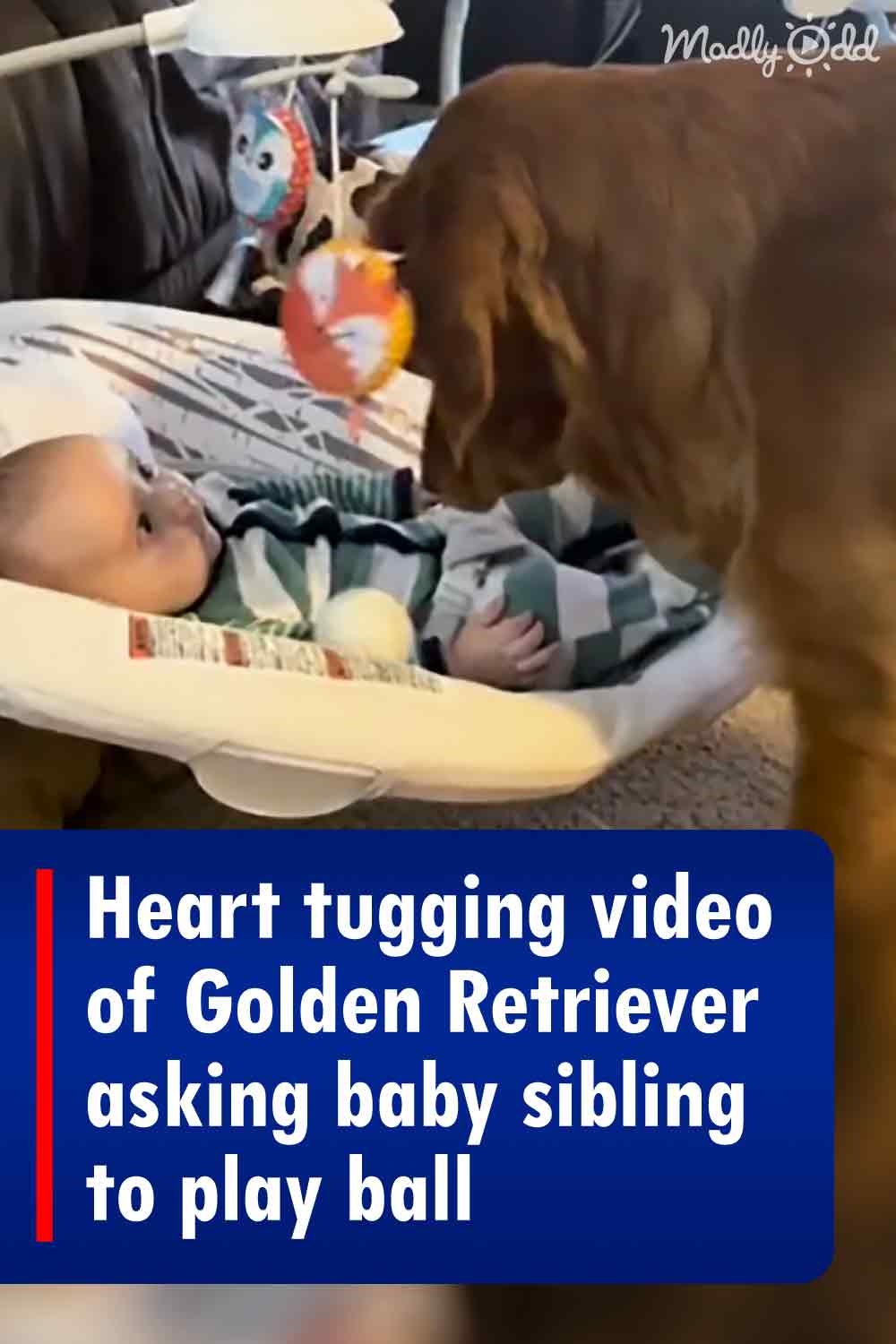