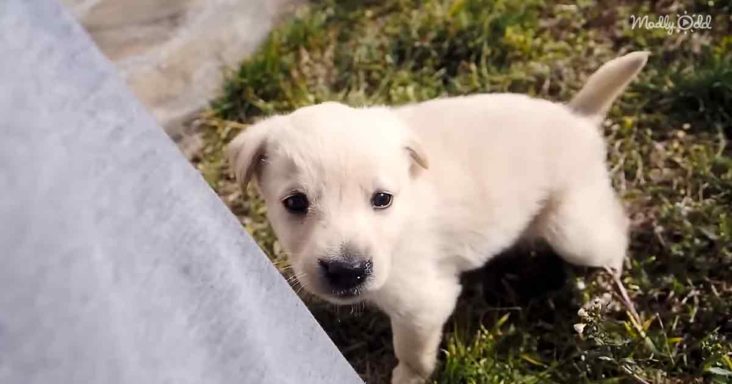 Stoyan and Dessy from Bulgaria were an average couple with a big dream to build an animal shelter. But instead, they have been helping stray cats and dogs, feeding these abandoned animals, and caring for them. 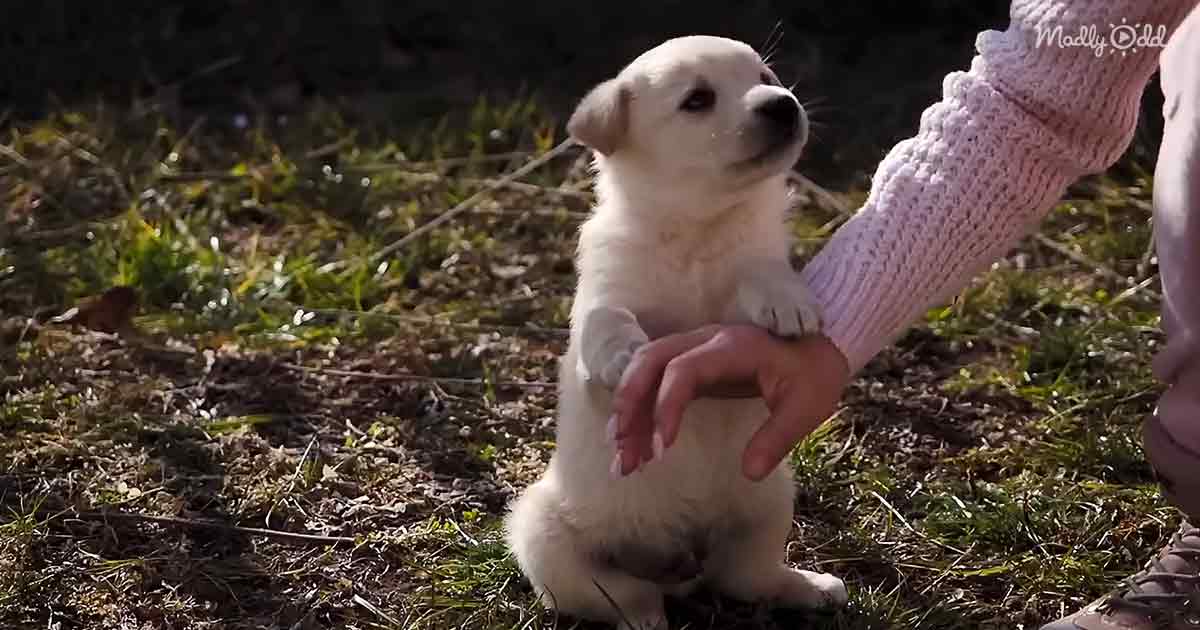 The couple lived with their 4 cats, all rescued from the streets. Sopolcho & Bagheera stayed with the couple, while Alexa & Rijo lived with Dessy’s mom. She had also been taking care of these stray animals for several years.

They wanted to help as many animals as possible. Recently, the couple found two stray puppies in a garbage dump in their neighborhood. The kind woman, Dessy, picked them up and brought them home. 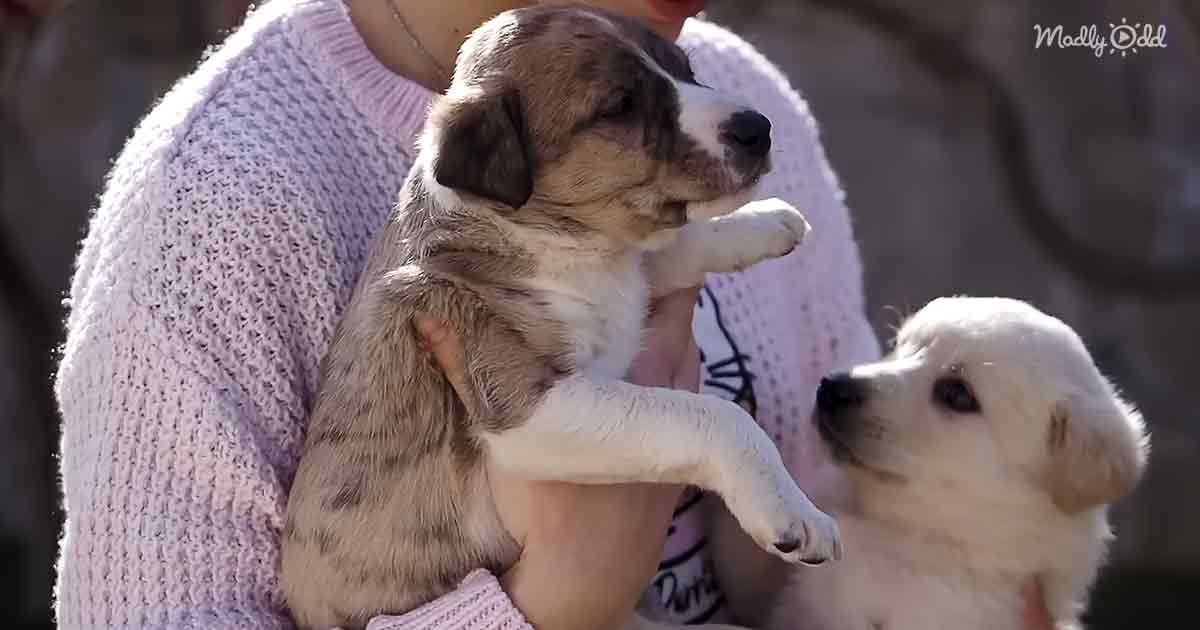 The two puppies seemed to be from the same litter but had different fur colors. The one with the cream-colored fur was named Oscar, while the one with a grey and white coat was named Tiger.

The two puppies were inseparable. The rescuers were looking for probable adopters, for which they had a photo session named, “Please adopt me.” But unfortunately, Oscar, the naughty one, was always roaming around, making it hard to click his pictures. 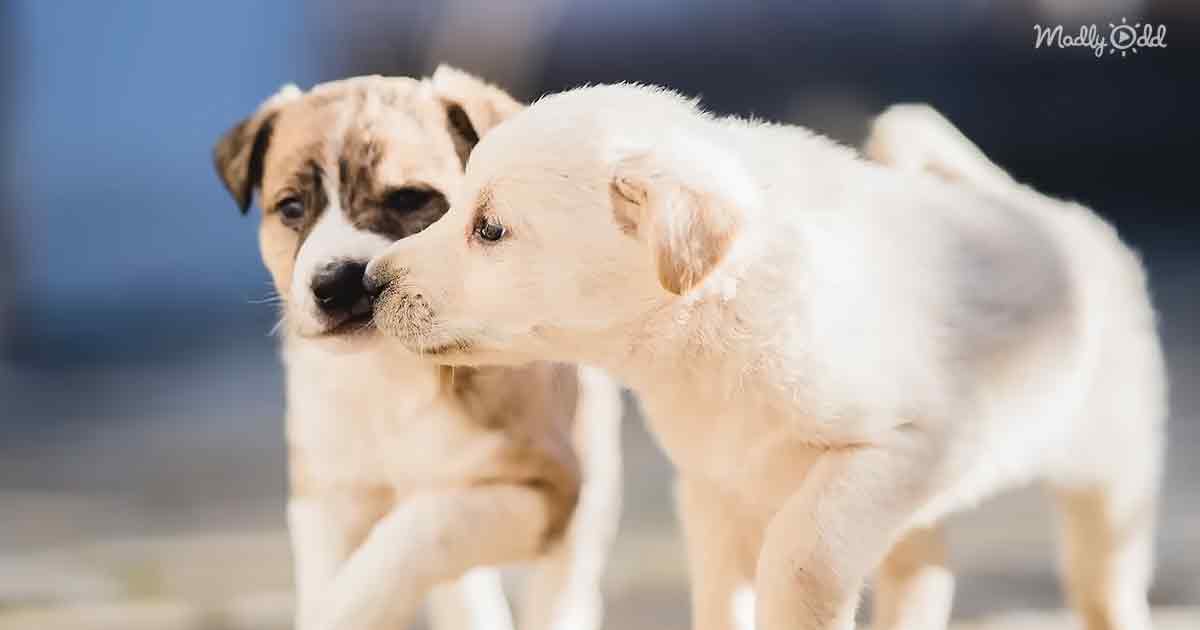 Tiger was the more patient one who got the pictures clicked first. Soon both the puppies were tired and got very hungry. Dessy ensured that they had their stomach full. The puppies ate a bowl of their food.

Tiger finished his food and soon started to eat from Oscar’s bowl. When Dessy found this, she immediately pulled Tiger away so the other puppy could have his meal correctly. After that, they started with the photo session again, but this time Dessy was holding them in her arms. Both the animals are now waiting for probable adopters who would love them for their whole life.