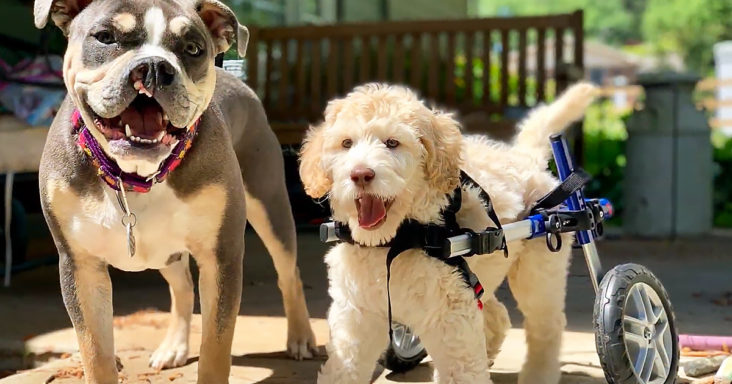 Benjamin Benny, a Goldendoodle born with a spinal deformity, is not letting that stop him from living his best life. A video of him living his life to the fullest has touched hearts on the internet.

Benny was surrendered to Jennifer Siegel from Bossley’s place when he was very young. He was later welcomed by Elizabeth Williams from Tucker’s Farm. This animal rescue home helps animals in need to rehabilitate and takes care of them.

Elizabeth & Jennifer helped Benny in all possible ways they could. They made sure that the puppy was well fed, cared and worked on rehabbing his hind legs. She cheered for him when he did well. 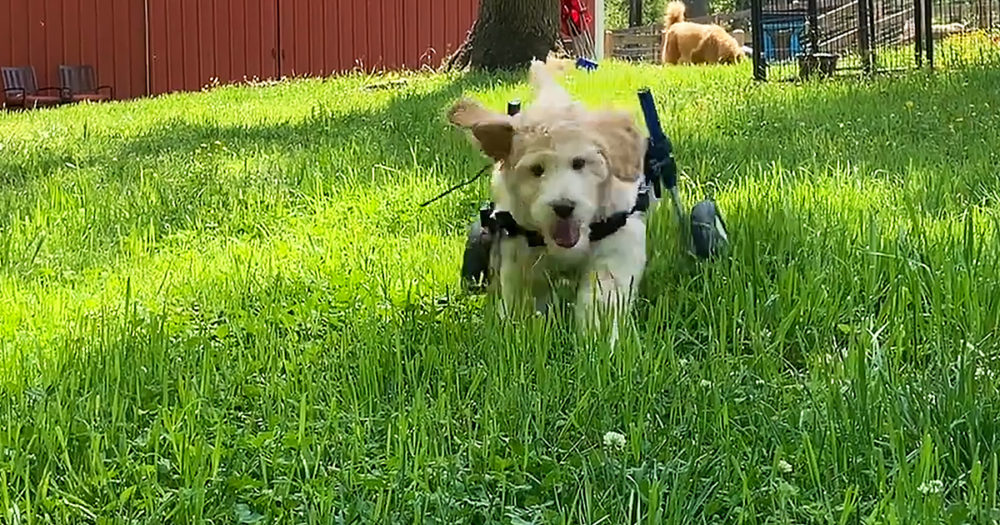 Elizabeth & Jennifer began physical therapy treatments to try and help Benny recover. However, the rehab did not show any signs of improvement. They went to several neurologists who diagnosed severe birth defects caused by three fused vertebrae.

Hence this had now become evident that Benny would never be able to walk on his own ever. However, even after the obstacles in Benny’s life, his joyful nature never diminished.

Benny loves to play around and tussle with his friends, such as chickens, goats, and several other rescue dogs living on the farm. However, Elizabeth never lost hope for him and decided to use a wheelchair for Benny.

Benny loves his wheelchair and is trying to get used to it. The Goldendoodle is loved by everyone and has made several friends. He is living his best life surrounded by people who love him a lot.