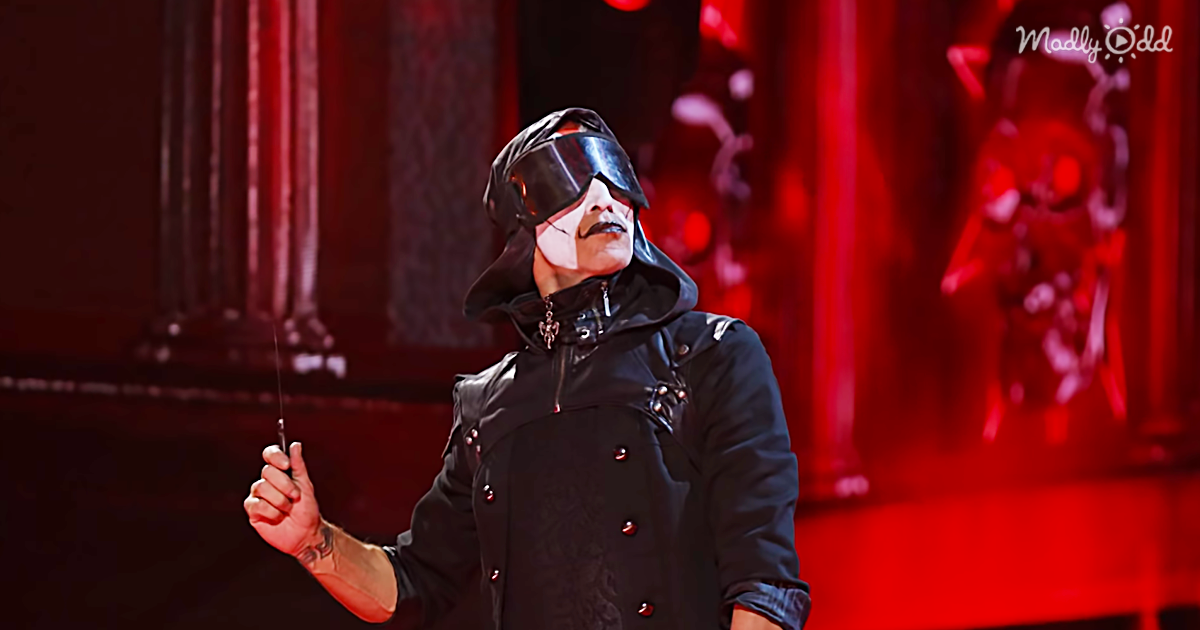 The world always wants to see more of Miki Dark. After grand success on Holland’s Got Talent, France’s Got Talent, and Supertalent, this surreal illusionist appears here on America’s Got Talent: The Champions. The silent obscure artist this time turns to knives, presenting an act that puts the very lives of Heidi Klum and Terry Crews in the balance.

His show starts of scary as if the man were about to murder Simon Cowell. Stepping out from behind everyone’s favorite hardened judge, the dark performer calls Heidi onto the stage before turning to hulking Terry. After ripping Simon’s eye off, in a picture, of course, the horror and awe begin. This is a showing of skill, speed, and planning that’s equally as strange as it is amazing.

Relishing in every moment of his malicious act, the masterful illusionist Miki Dark blindfolds himself before throwing a knife at a tumbling cascade of folding papers only to strike his mark and complete the picture of Simon. All without striking a hair on Heidi’s head, and with the invariably variable included by Terry Crew. Magic just got scary on AGT: The Champions. 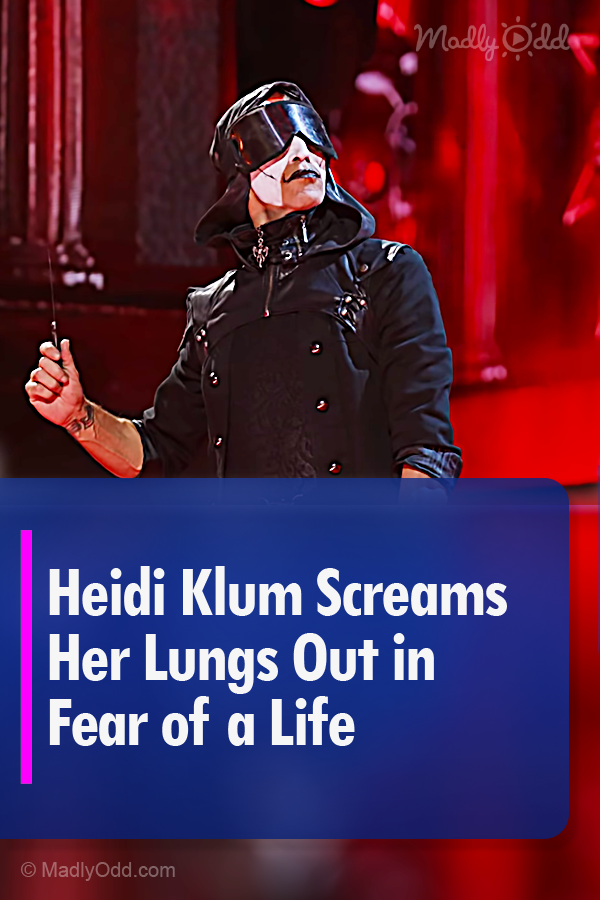