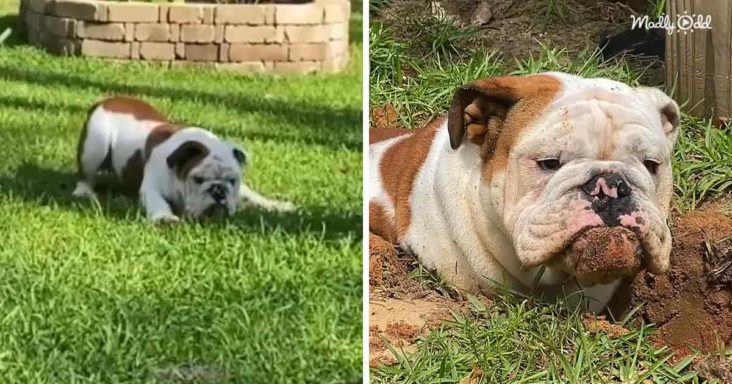 Caitlin had a Bulldog named Franklin, who used to get excited whenever he saw the owner’s shovels. She would call Franklin her helper, but he would not always be that helpful. The cute dog had been with them for over a year and a half. 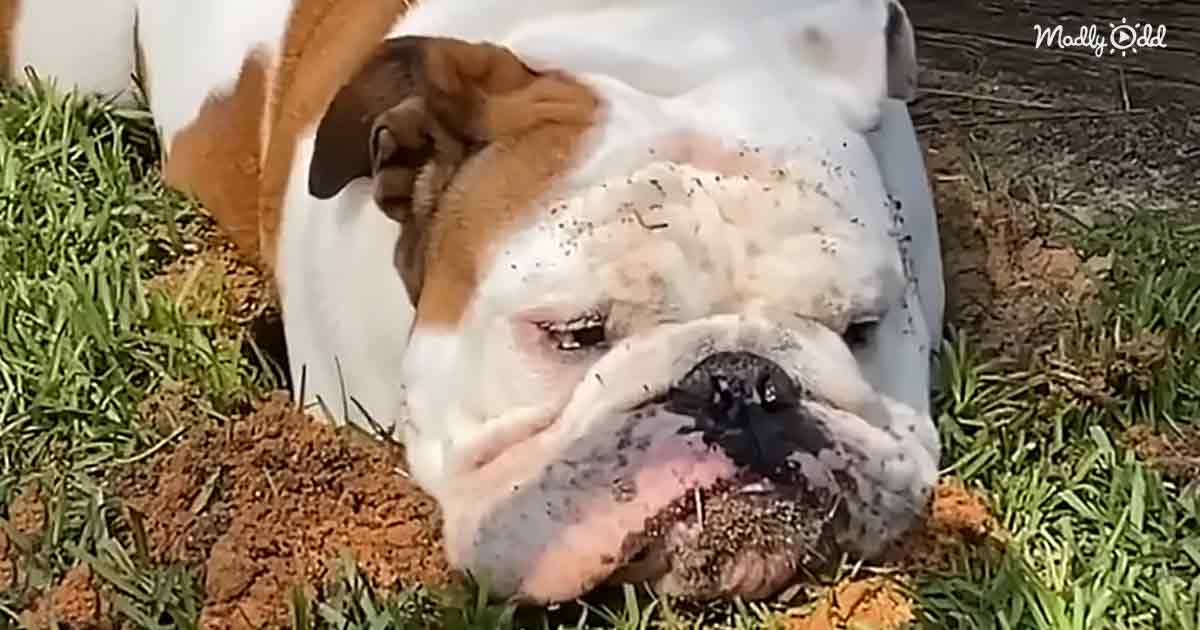 Caitlin believed that Franklin had utterly changed their world. The adorable Bulldog had a fantastic personality. He liked to be involved in everything & wanted to be around his favorite human.

Franklin’s obsession with holes started with a ditch. One day, the owners were digging a drainage ditch. The Bulldog realized that everybody was focusing on digging this trench. So, he hopped right into it and sat in the little channel. 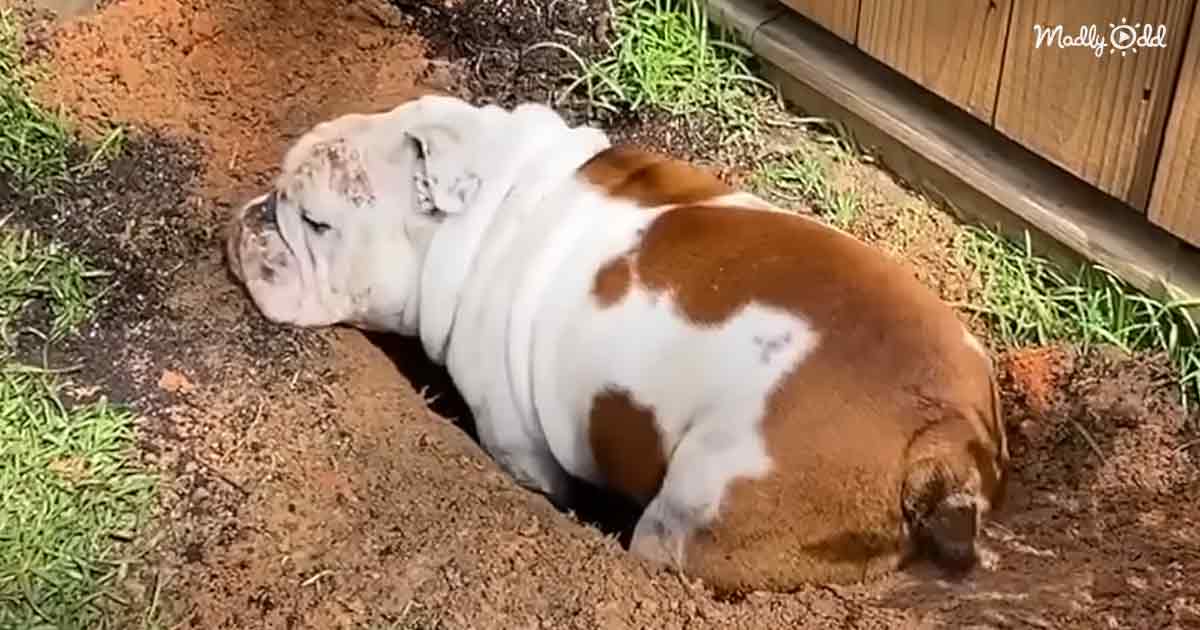 Franklin felt very comfortable snuggling into those holes. It did not matter how big or small the hole was; he would fit whatever part of his body went into it. However, the Bulldog never dug the holes on his own.

He would always wait for somebody to dig the hole. He understood it was time to dig holes on the ground whenever the owners brought plants home in a plastic container. Sometimes, the over-ambitious Bulldog would go inside the hole even before it was adequately dug out. 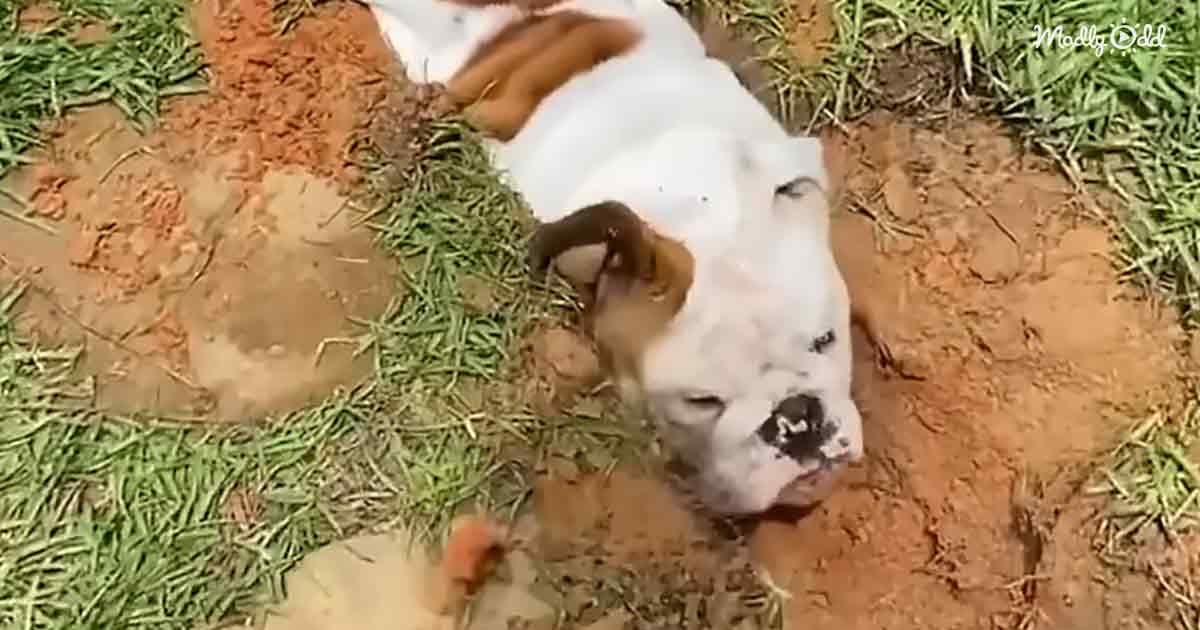 He also had a fantastic relationship with an 11-year-old Boxer dog named Cooper. Franklin was younger than her, but they had the same energy level. Cooper loved her sibling, but the Bulldog always got on her nerves.

Caitlin worked from home, so Franklin always followed his owner like her little shadow. He slept under her desk or on the chair behind his mom. He loved to help in the gardening work. His favorite sport was paddling the boat, but he did not like to swim. The owners were so grateful that they had Franklin in their lives.