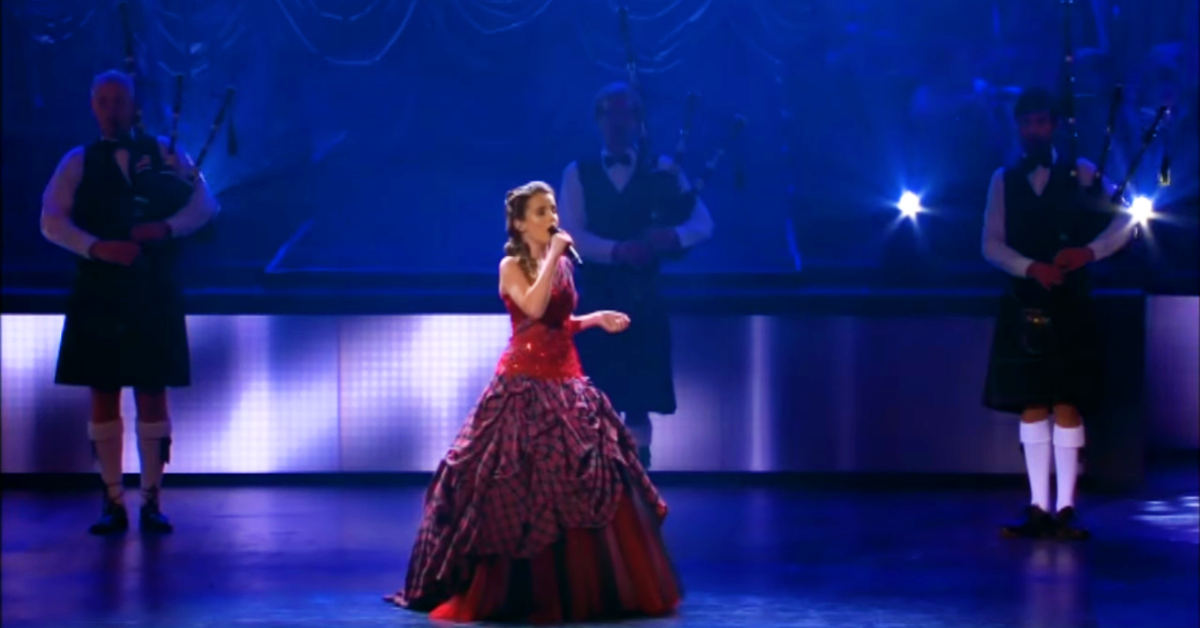 Backed by a full orchestra and choir, accompanied by bagpipes, Amira took to the stage in a gorgeous red ball gown with tartan plaid accents. Her performance brought crowds to their feet and garnered her worldwide fame.

“Amazing Grace”, it’s a song that we all know and love. There are so many different renditions. I’ve heard it performed with somber admiration, as tears filled my eyes. I’ve also heard it belted out in such a joyous chorus that I lept to my feet, clapping and singing along. This incredible version of Amazing Grace sent chills up my spine. Amira Willighagen has the voice of an angel.

Just wait till you see this incredible performance from the “Classics in Groot” concert series. a massive celebration of song and dance – from iconic Pop Hits to legendary Classical features.

“Classics” has become a beloved a widely anticipated annual event in South Africa. Offering spectators a wide array of breathtaking moments await, like an excerpt from Lloyd-Webber’s The Phantom of the Opera, the Elvis Presley’s iconic American Trilogy and even an appearance by the renowned and world-class Joburg Ballet Company.

Classics is Groot 2017 will again stun patrons with cheerful and charming zest, a celebration of music performed by some of the most accomplished vocalists, and world-class orchestra lead by maestro Eddie Clayton.

The concert tops itself year after year, promising to leave audiences awestruck, with a variety of breathtaking performances.

Well, Amira’s performance certainly took my breath away. Backed by a full orchestra and choir, accompanied by bagpipes, Amira took to the stage in a gorgeous red ball gown with tartan plaid accents. Her performance brought crowds to their feet and garnered her worldwide fame.

According to her website’s biography, Amira Willighagen (born in Nijmegen, The Netherlands on March 27, 2004) demonstrated at the age of 9, her operatic voice and great singing talent. She participated in, and won the talent show Holland’s Got Talent 2013 (the Dutch version of America’s Got Talent),.

During her audition in the city of Zwolle, Amira already wowed the jury with her interpretation of the aria O Mio Babbino Caro from Puccini’s opera Gianni Schicchi. On YouTube, the video of that performance was viewed by the entire world and immediately drew loads of national and international attention.

Amira also attracted the attention of other musicians; After her audition, she was contacted by the world-famous violinist and orchestra director André Rieu, who invited her to follow a master class, for which she traveled to London.

During the semi-finals of Holland’s Got Talent Amira interpreted the Ave Maria composed by J.S. Bach / Charles Gounod, which resulted in launching her to the finals. During these finals, Amira won, with more than 50% of the votes of the TV-viewers and audience, by performing Nessun Dorma from Puccini’s final opera Turandot.

In the spring of 2014, the Starlight Classics Concerts at the Vergelegen wine estate in Somerset-West (near Cape Town in South-Africa) was Amira’s first international performance. She donated half of her revenue to her very own charity project, from which the first playground was built for children in the township of Ikageng, where her relatives on her mother’s side originated from.

Later that year, Amira’s very own charity organization, the Gelukskinders foundation, is established in order to further support her charity work of building playgrounds for children in need.

Behind the scenes, Amira is working hard to extend her repertoire, professionally supervised by her singing coach. With her repertoire extending and her voice becoming richer each day, Amira embraces many new songs which are not necessarily arias. She’s also working on her forthcoming 3rd album, which is being recorded and produced in South Africa.

Besides singing, Amira enjoys sports, animals, and writing. Her favorite animals are tortoises. One fan commented, “That has got to be one of the most beautiful versions I’ve ever heard of Amazing Grace!”.

“It’s hard to believe such a young girl has such amazing vocal control and ability,” remarked another viewer.