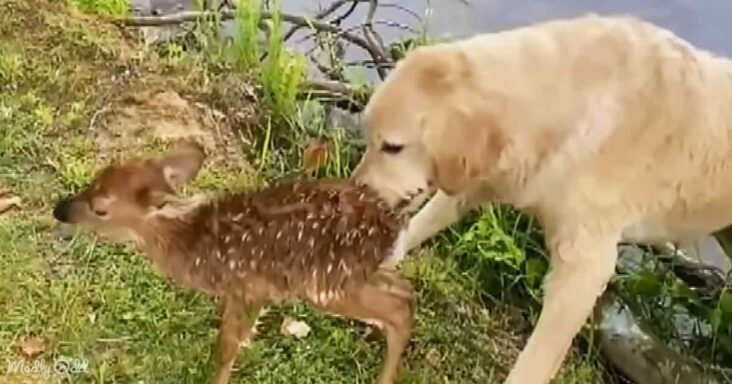 Stories about animal friendships have become pretty standard. However, you will only see something involving an animal saving another of a different species. Recently, a Golden Doodle named Harley was found to save a newborn fawn from the middle of a lake. 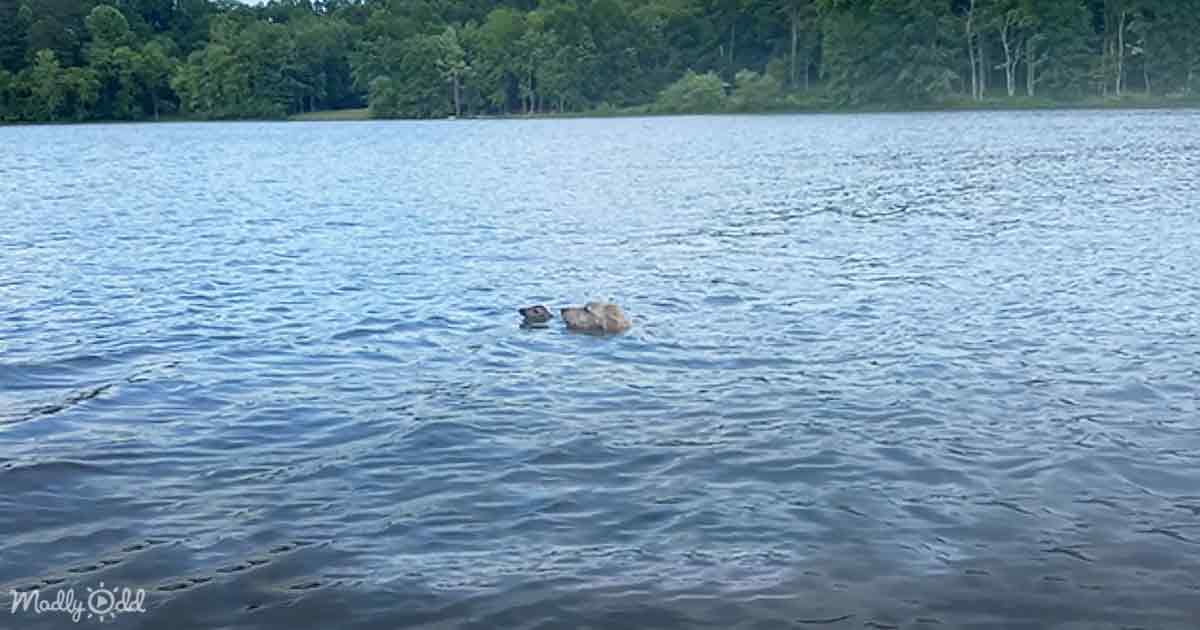 Harley saved the fawn, who was drowning in a lake. The newborn baby deer was barely a day old, and Harley saw the drowning fawn in the middle of the lake from the shore. Without wasting a second, the brave dog jumped into the water and swam to the fawn.

Ralph and Patricia Dorm were Harley’s owners. The couple could not believe their eyes when they found their Golden Doodle trying to be a savior for something in the middle of a lake. At first, they couldn’t understand what was happening. 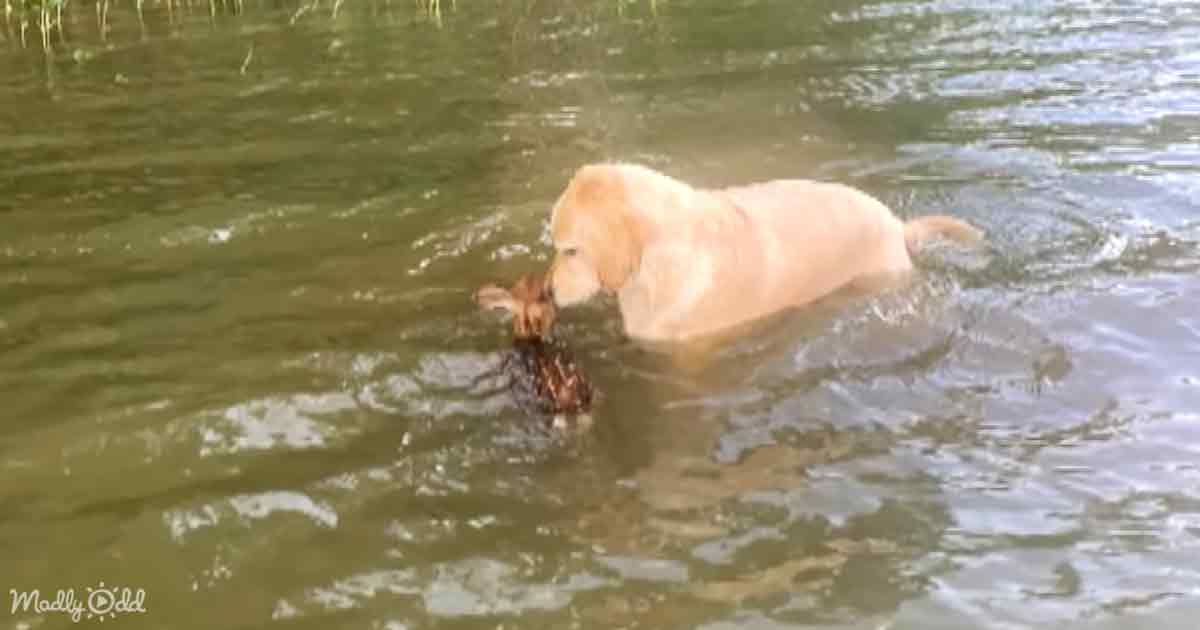 However, once the brave dog brought the little fawn to safety on the shore, Ralph and Patricia understood the reason behind their dog jumping into the lake. Ralph ran down to the lake, and he could make out something in the water with Harley.

The brave dog guided the newborn fawn to the shore. First, he would nudge at the fawn’s body till the baby deer was safe on the coast. Then, according to Ralph, Harley would hurt it back toward the shoreline whenever the fawn tried to turn away. 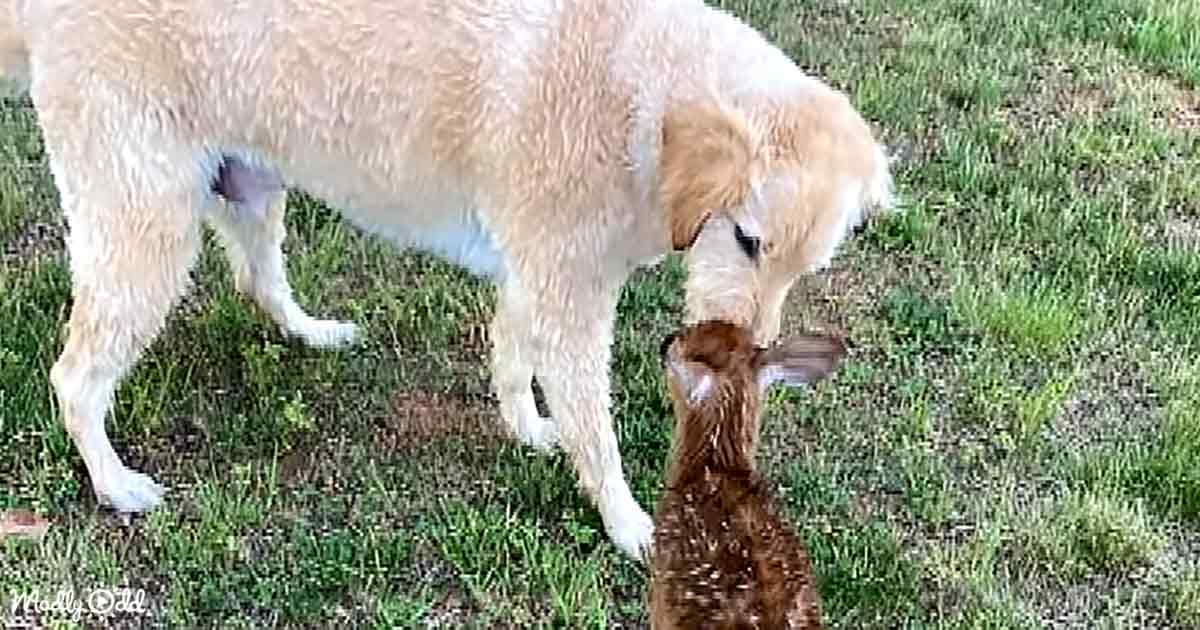 The amazing rescue created a special bond between the two animals. The following day, the fawn was found calling for the dog standing outside Ralph’s house. According to the owner, the two animals touched their noses and sniff each other.

The dog and the fawn became best friends. Ralph revealed that the excellent heart inside Harley always helped him do the right thing. Such an incredible and pure friendship is very rare to come across in this modern era. 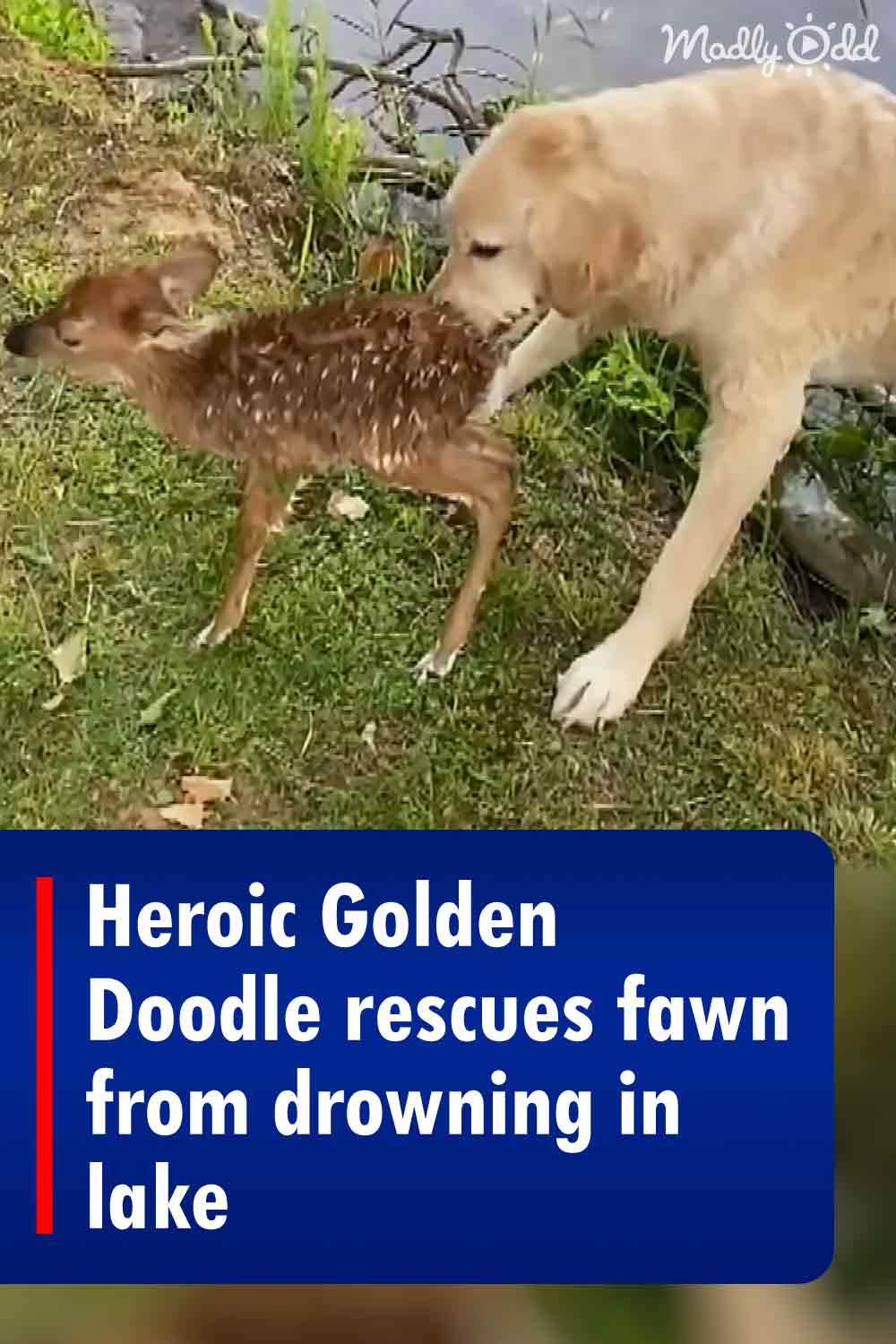