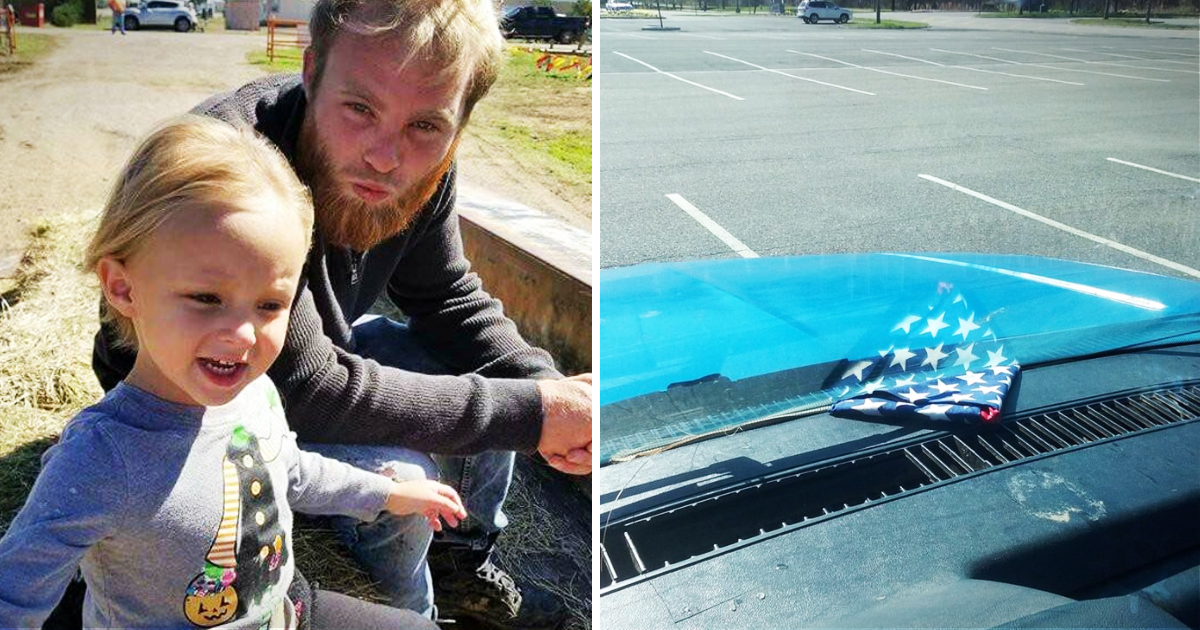 Losing a child has got to be about the worst thing any parent can go through. Support from friends and family, as well as counseling can help ease the pain, but a parent never really gets over it. This story gives just one little glimpse of how hard such grief is to bear.

One morning, William Jazwinski was on the road when he saw the unmistakable flashing lights of a police car in his rearview mirror. He promptly pulled over, wondering why, as he rolled the window down. Had he really been speeding? Could he have forgotten the registration sticker?

None of the above. The officer had seen the William’s military bumper sticker and wanted to thank him for his service. Asked where he’d served, William explained that he’d been in Iraq for 15 months. Now the officer really opened up: his son had also served in Iraq but never came home. Based on his own experience, William had some idea of what the officer was going through.

Now the officer noticed a folded American flag on the dashboard — just like the one he’d been given at his son’s funeral. This led the officer to ask an unusual question. He wanted a hug. “You remind me of my son. That’s why I pulled you over. It sounds crazy, but I thought you were him. Most days, I still don’t believe it, you know, that he’s gone.”

A teary-eyed William got out of his truck and gave the officer a hug, a long tearful hug. As it happened, the officer wasn’t the only one in need of comfort. William was coming back from a post-traumatic stress disorder (PTSD) rehabilitation program.

Were you moved by this story? We’d love to hear your thoughts in the comments at Facebook. Be sure to like and share: it’s just one way to show appreciation for our veterans.