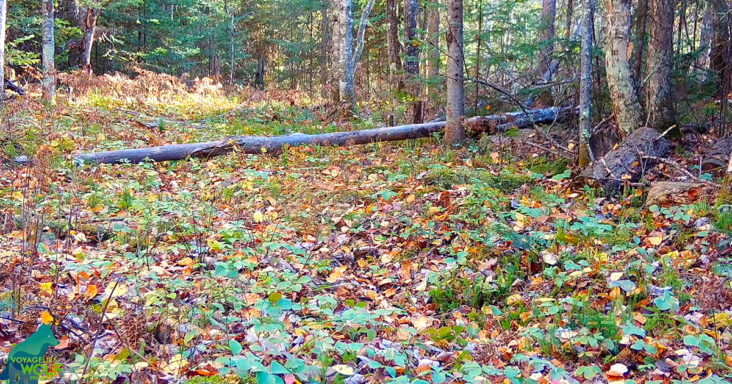 Trying to catch the daily pattern in the lives of different wildlife is a dream come true for any wildlife enthusiast. Recently, a trail cam was placed discreetly in the middle of the Kabetogama Peninsula. 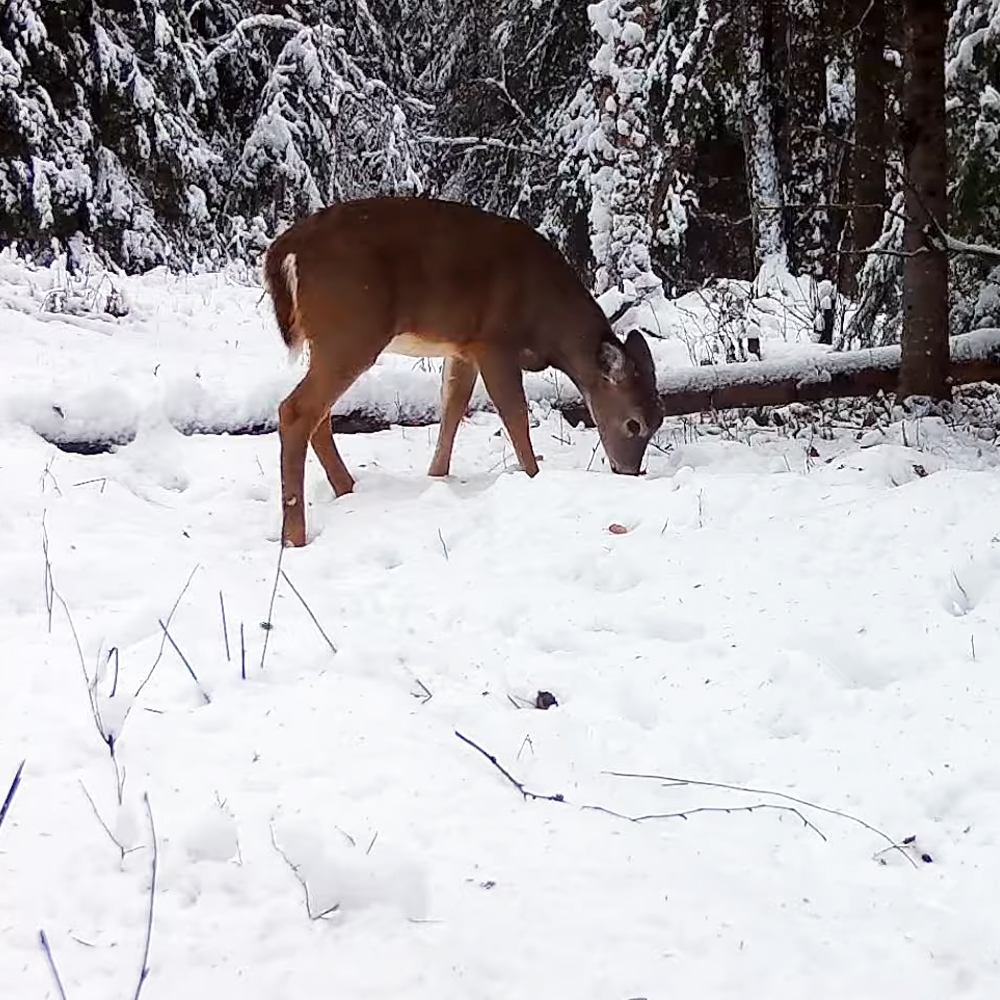 It is located deep in the center of the Voyageurs National Park in Northern Minnesota, Canada. The primary intention of setting up the trail cam was to catch two of the famous wolf packs in the vicinity – the Nashata Pack and the Shoepack Lake Pack. It was during the fall on the Kabetogama Peninsula. The first animal to come in front of the camera were a couple of moose during the daytime. They were trying to find some edible grass to graze. Then, later at night, a deer came in front of the camera and started feeding while keeping a sharp lookout for any possible dangers lurking in the woods.

The following morning began with a bird walking past the trail cam. The bird was soon followed by a deer and a wolf scampering around searching for food. As the wolf disappeared deep in the woods, another wolf came up, while a third was found searching for food at a distance. The second wolf managed to find something interesting inside the pile of fallen dry leaves. However, the third wolf walked past without showing any interest in what the other wolf was doing. Finally, the second wolf came in front of the camera after some time, again sniffing at the same spot where something had caught his attention earlier. 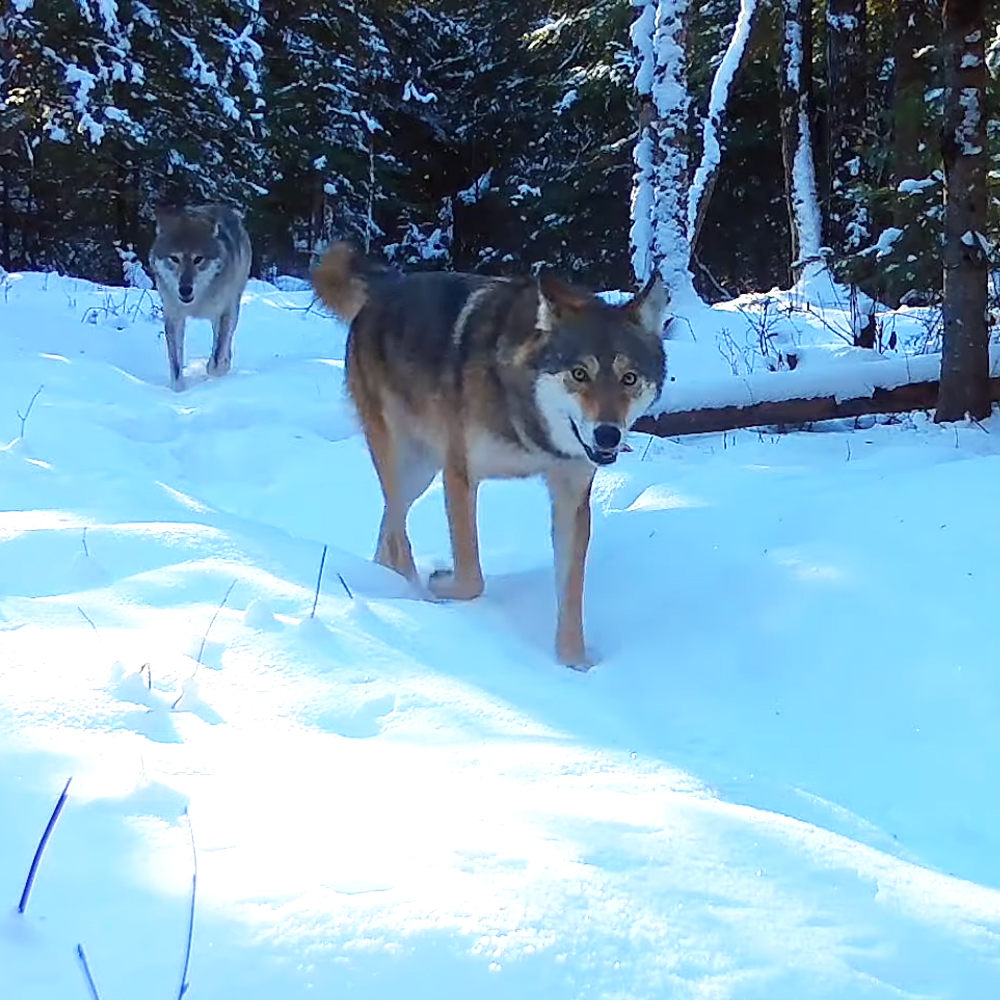 For a long time, several wild animals came up in front of the camera. There were mainly wolves and some deer in the area. Soon the fall season was followed by the cold winter season in the Kabetogama Peninsula. As the jungle got entirely white with snow, several wolves passed the spot where the trail camera was placed. After that, they followed each other at regular intervals and vanished inside the woods.

Although the wolves frequented the spot where the trail camera was set up, a deer or two came out of their hiding at night searching for food. Then, one fine day, when all the snow had melted away, a large pack of around 9 wolves came up together in front of the camera. They soon disappeared after some time into the woods. This was the Shoepack Lake Pack. 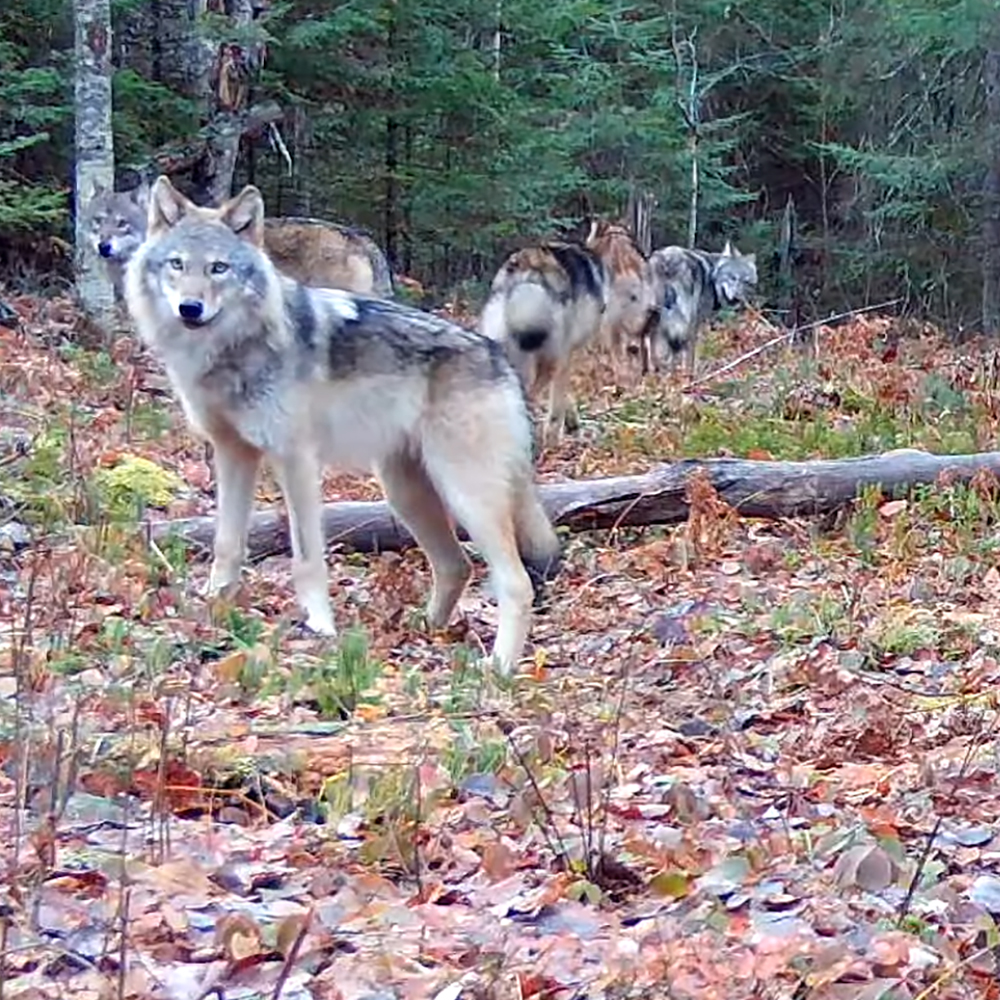 Another day, when the jungle was again filled with snow, some moose decided to venture out searching for food. They were soon followed by a young deer and a mink. At night a few wild animals were found to run here and there in front of the camera. However, the beautiful mink often preferred to come out during the daytime.

Soon, a smaller pack of wolves came out of the forest. They roamed around a bit in front of the camera. This was the Nashata Pack that consisted of 4 or 5 wolves. Although the primary motive was achieved, the trail cam captured more moose than any trail cam installed earlier.