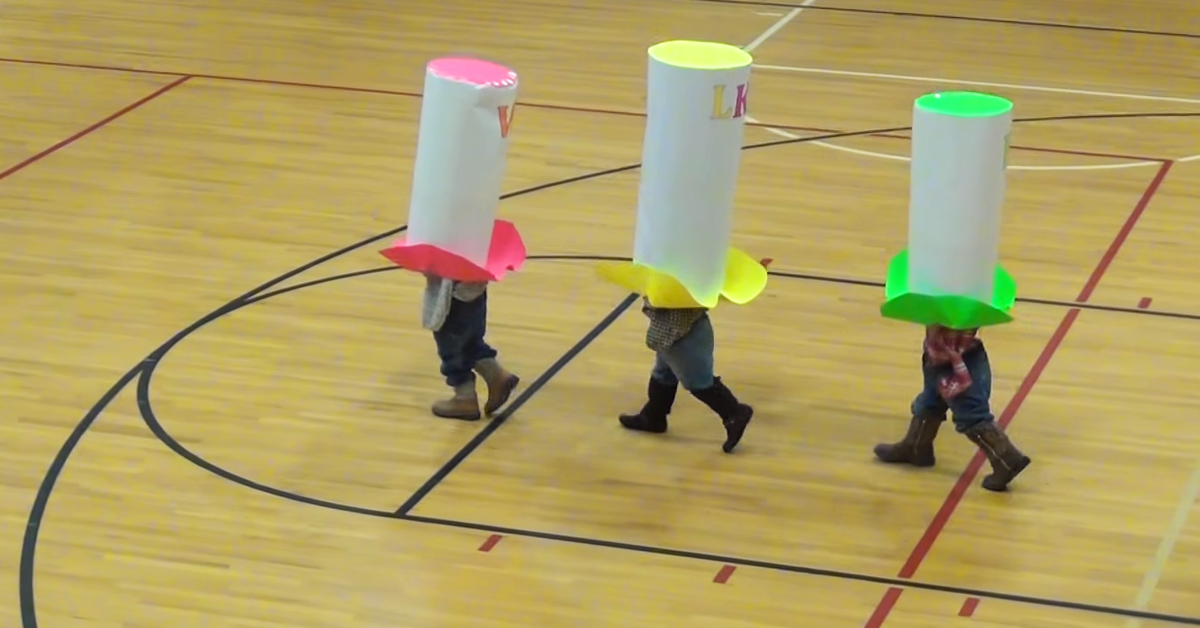 The Oak Ridge Boys’ hit song has never been presented quite like this! Watch these three “hat dancers” shake their boots to this country classic.

Young Ashlin, posted a video of herself and two pals performing in their school assembly as a favor to her brother, Walker, who emcees their hilarious dance.

The hairstyle channel posted the video for their regular viewers all in the sake of silly fun.  You’ve heard of ten-gallon hats? These must be fifty-gallon hats. You’ll roll on the floor laughing and wonder how the heck they keep in step with each other even though they can’t see a thing.

Turns out Walker was running for student body president and this little show seems meant to have garnered him the laugh vote from his classmates.  “Now, we all know that actions speak louder than words,” he says.  “So I have invited some special guests to help me get my point across.”

He can’t help but smirk as he gives the signal. The familiar opening chords of Elvira fill the gym and in trundle three—well, you just won’t believe it. You’ll have to watch it yourself to find out.

Clearly, a lot of work went into this darling little performance, including the many hours spent making the cardboard costumes.  The fact that it was a labor of love from one sibling to another makes it all the more heartwarming.

It’s no surprise that this gem of a video has garnered over millions of tickled pink viewers. Now you can count yourself among them by watching this not-ready-for-Broadway performance for yourself.

Did you know that the Oak Ridge Boys weren’t the first to record Elvira? It was written by Dallas Frazier in the 1960s and recorded by several other artists over the years. But as we all know, it’s the Oak Ridge Boys’ 1981 version that remains an evergreen favorite on airwaves across the nation.

Even the kids in this video know and love the song, including all the guffawing students hootin’ and hollerin’ in the auditorium. And in case you’re wondering—yes, Walker won the election.

Now it’s your turn to watch Ashlin, her two friends, and Elvira sweep Walker to victory.  Crank up the volume and click the video below, then share it with your kids!