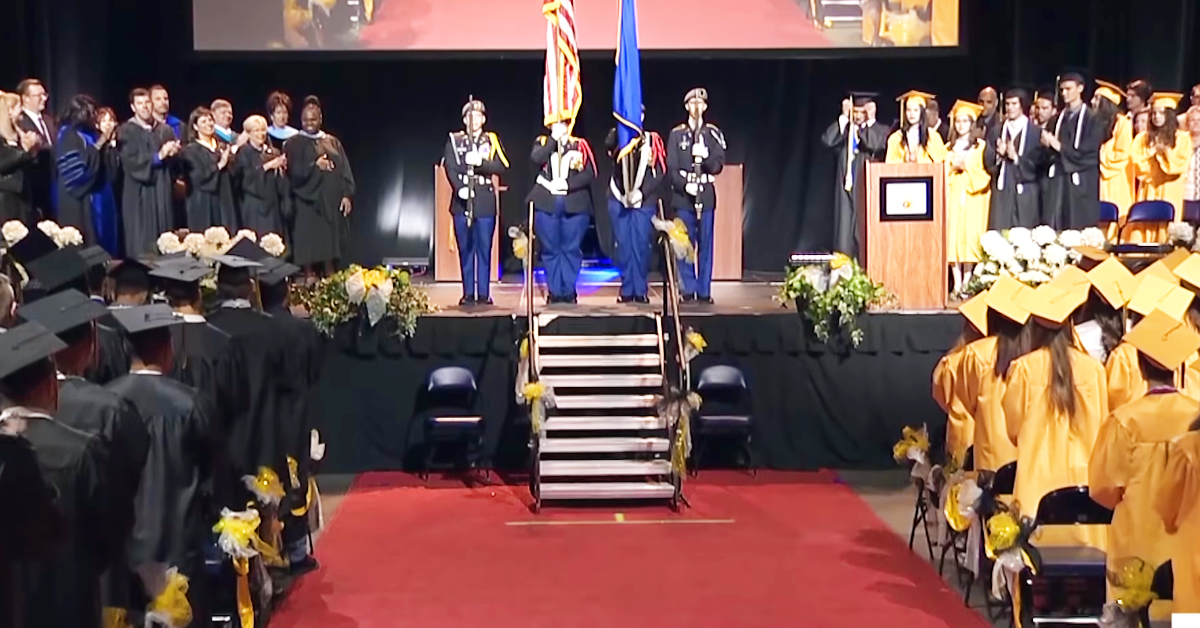 65-year-old high school custodian Thurman Carsten is nearing retirement, but that didn’t stop him from carrying out his usual mission of devastating Galena High School seniors and their families with his heart-rendering version of the Star Spangled Banner.

Carsten was especially thrilled when he learned from Tom Brown, the school’s principal, that the graduating class had requested that he sing this all-American standard for them. Their rite of passage into adulthood surely would not have been complete without it.

Calling it a fantastic way to mark his retirement, his crooning and wide vocal range blew away the audience, and now the video of his performance is blowing away the web.

Although this was a first for Mr. Carsten and his fortunate audience, he is not exactly a rookie when it comes to bursting into song. A regular church goer, he’s used to singing at Sunday services. He was also known around school for singing “Happy Birthday” on occasion to faculty and staff, but his final gig at the school was much more solemn.

he lawyer and poet’s creative motivation was the sight of the US flag, then with its 15 stars and stripes, waving in the wind above the fort as US forces won the battle.

Ironically, the verses were later set to the tune of a popular British tune, To Anacreon in Heaven, by John Stafford Smith. The song was also well-known in the States. Key’s lyrics and Smith’s melody soon became a beloved song about American patriotism.

Not until 1889 did the song receive formal recognition from the US government when the Navy began using it at ceremonies. In 1931, it became the country’s official national anthem by congressional resolution.

Now please watch and enjoy as mild-mannered high school custodian Thurman Carsten bring down the house with the Star-Spangled Banner: