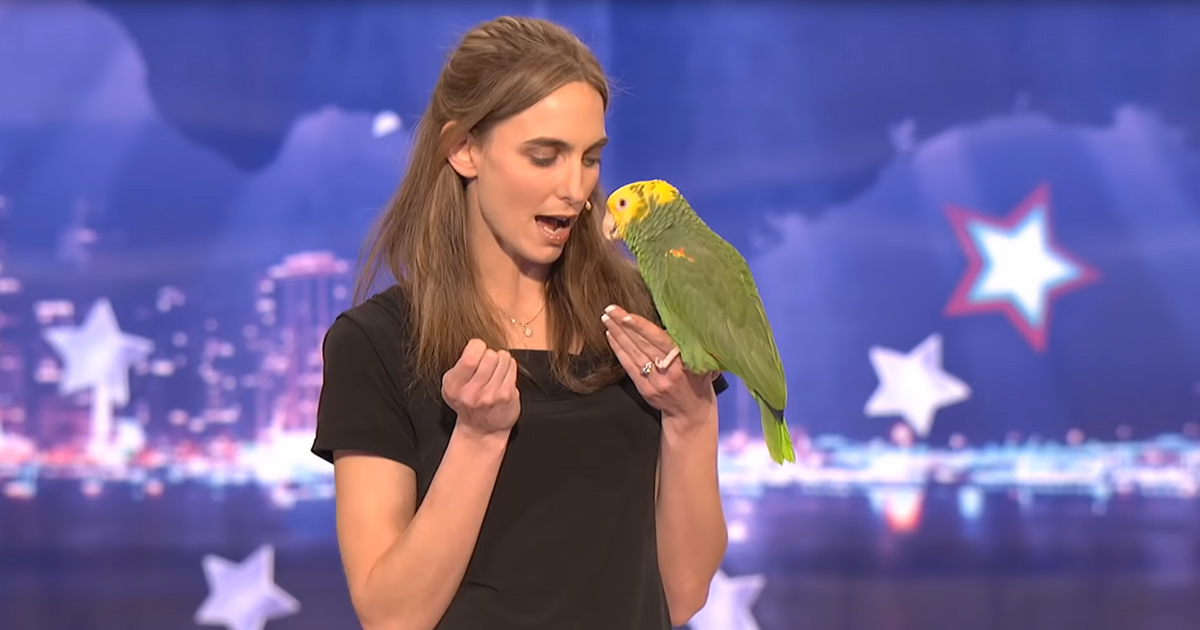 Television shows like America’s Got Talent showcase several entertaining acts during the audition process. Whether someone is singing, dancing, or telling a hilarious joke, it’s sure to give you something to talk about, especially when it involves a talking bird.

Sarah Hoft is a Minneapolis resident who brought her pet, Echo, to the America’s Got Talent auditions. Echo is a 15-year-old beautiful double-yellow headed amazon. The judges of the show had no idea what they were about to see.

Echo begins saying simple phrases like his name, “hello,” and some phrases in Spanish. All Sarah has to do to get Echo to sing is say the first word of a song. After saying, “old,” Echo beings to belt out “Old MacDonald.”

The gifted bird makes impressions of cats, dogs, sneezes, and even a hilarious laugh. Judges Howie Mandel and Sharon Osborne give a standing ovation for the impressive bird and his loving trainer.