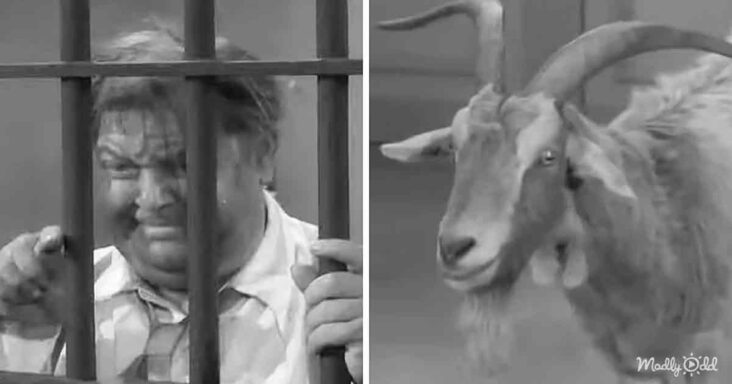 On The Andy Griffith Show, Mayberry was known for its colorful characters. Not all of those characters were human, though. 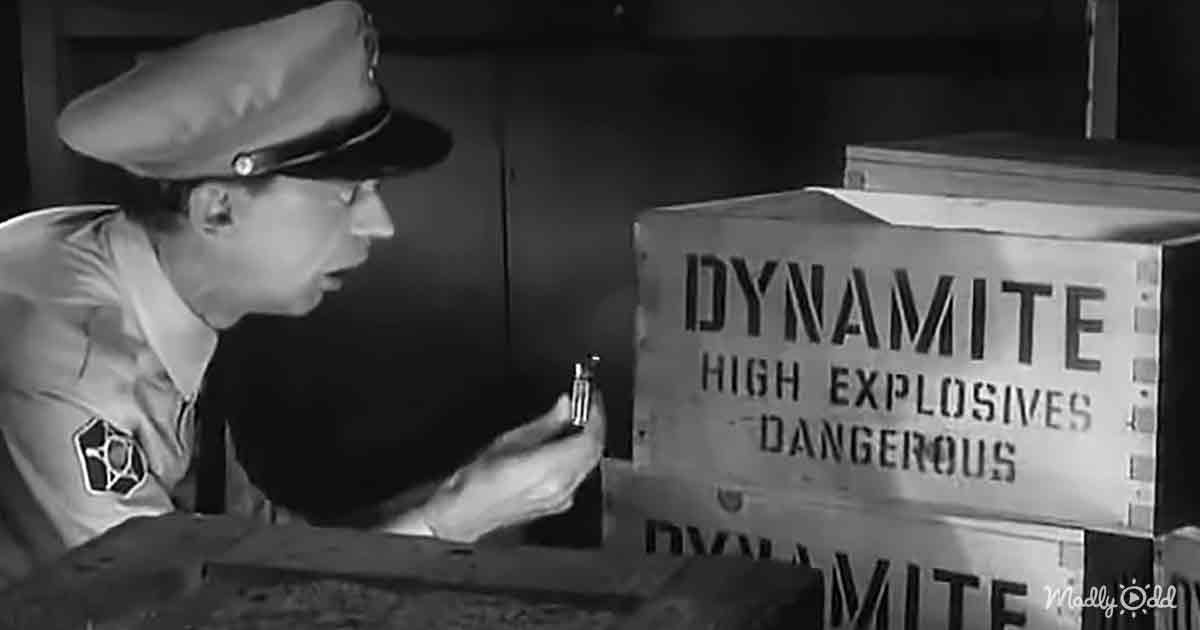 In this 1963 episode, ‘The Loaded Goat,’ Officer Barney gets an unlikely visitor. A goat wanders into the police station.

Barney doesn’t take notice as he’s playing the harmonica. The goat looks at Barney’s face, shocked by his visitor.

Later, when the goat goes missing, he’s next seen in a store room. He’s eating dynamite like it was candy. The goat then leaves.

Barney later investigates that same store room. While searching through the dark, Barney finds a storage case of dynamite. He discovers the case with his lighter, making him shake uncontrollably for being near explosives.

Back at the police station, a frustrated Barney is taking precautions. He strides around with a fire extinguisher. If he even spots a lit cigarette, he puts it out quickly. 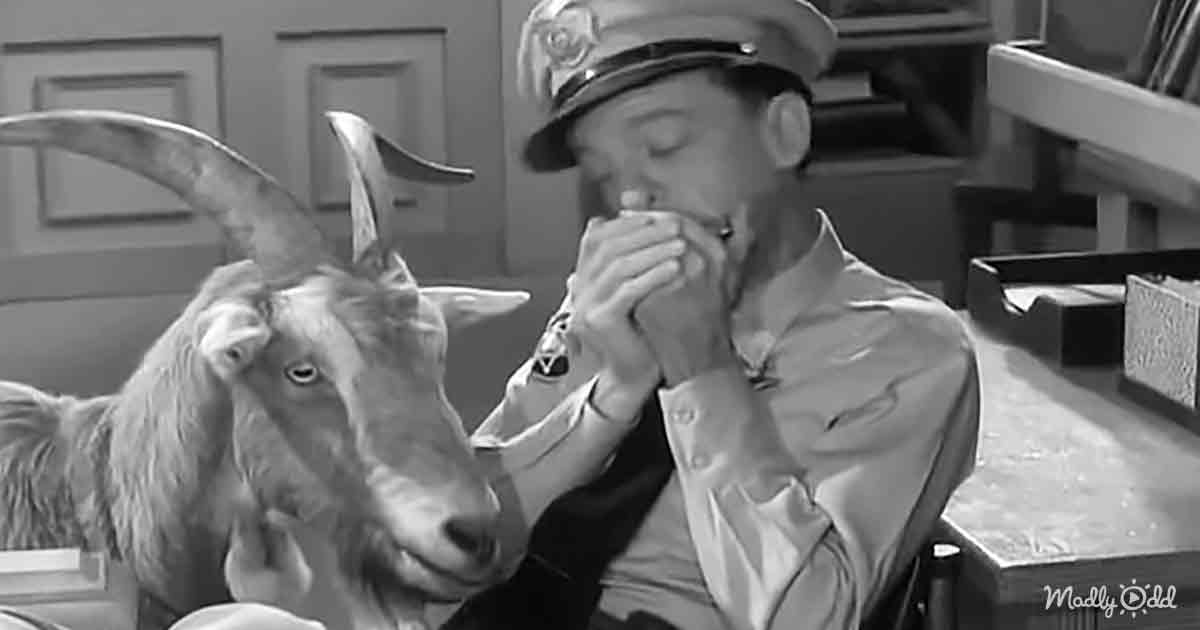 Later, Otis stumbles into the police drunk. Being alone, he opens the cell for himself. That cell happens to have the goat inside.

After falling on the floor, he notices the goat, mistaking him for a person. An angered Otis says he doesn’t want to share the cell. He forces the goat out and gets back in his cell.

Later, Andy comes to the cell and asks if Otis has seen the goat. Otis points to the part of the station where the goat is located. The goat seems angry the way it keeps shaking its head.

Andy makes Barney play his harmonica. The music seems to calm the goat. Andy calmly leads the goat out of the police station with a rope. 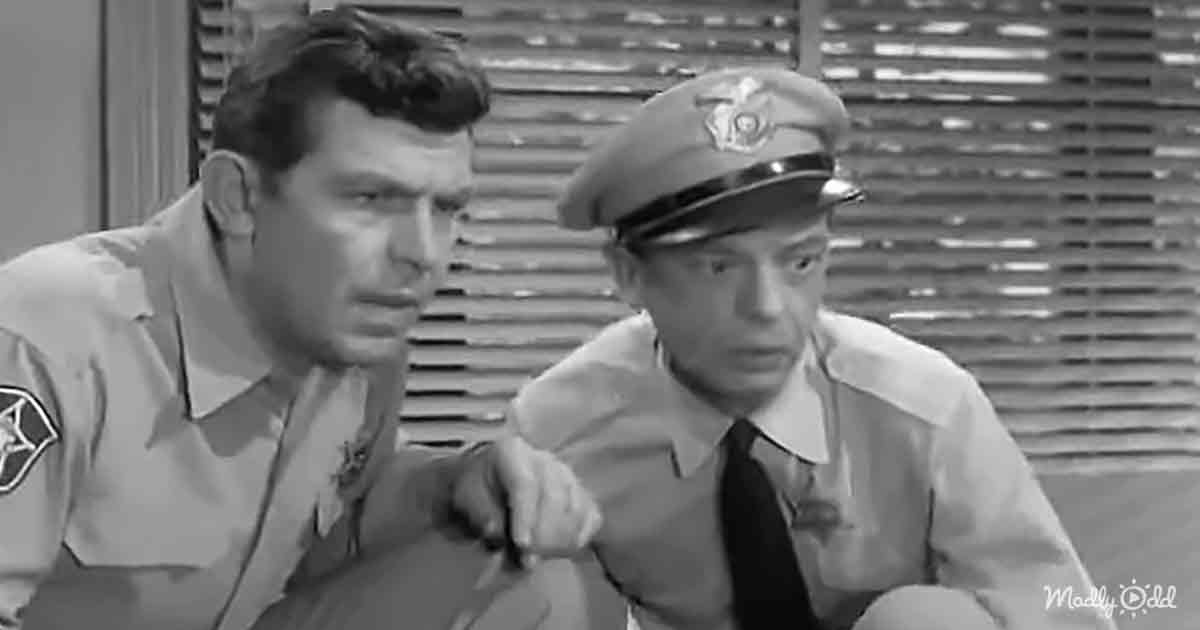 As Barney keeps playing his instrument, Andy keeps leading the goat. Together, they walk the goat back into the country, away from where it can cause trouble.

Not every day, a town has to deal with a goat loaded with dynamite. Then again, most small towns were never quite as quirky as Mayberry. 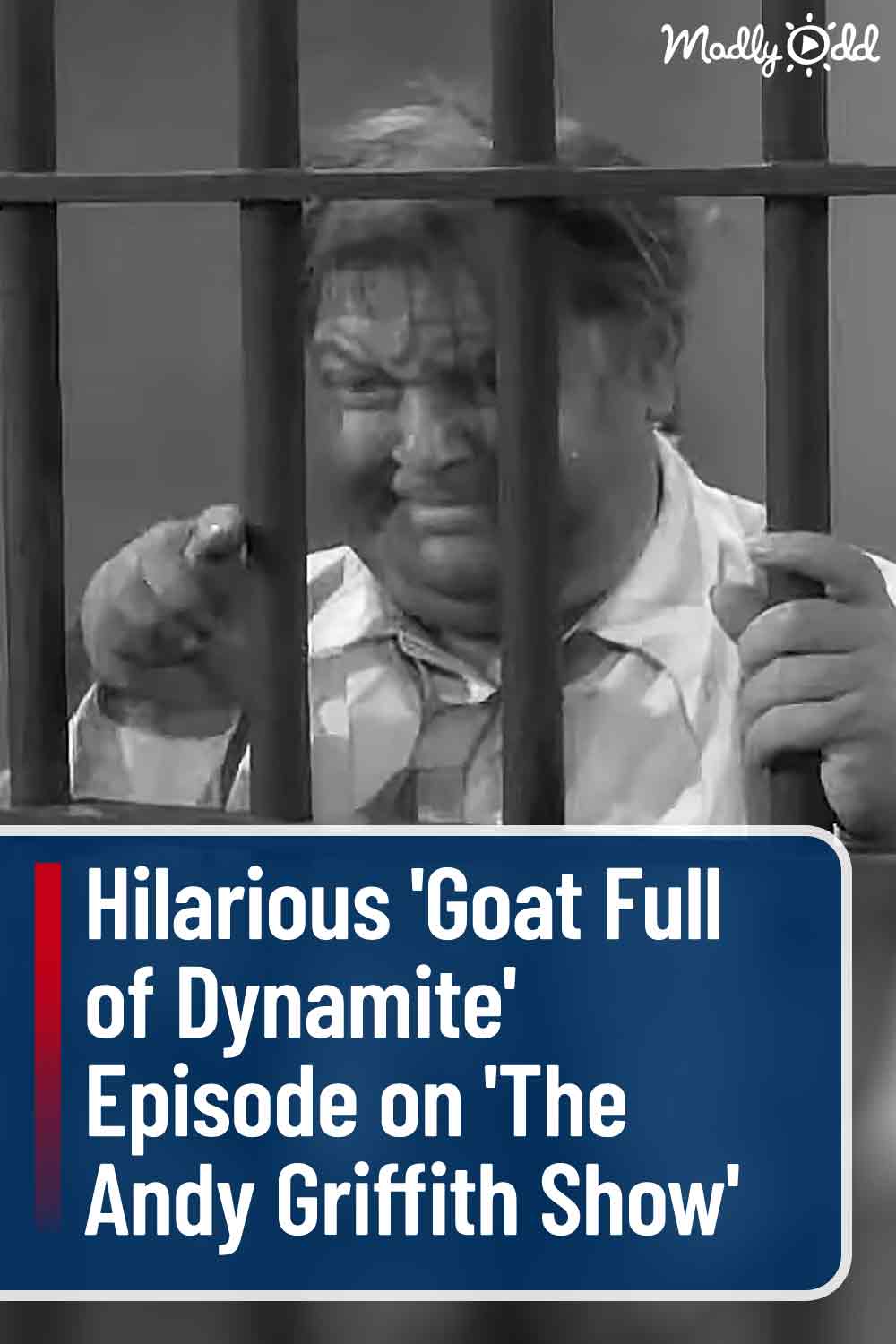