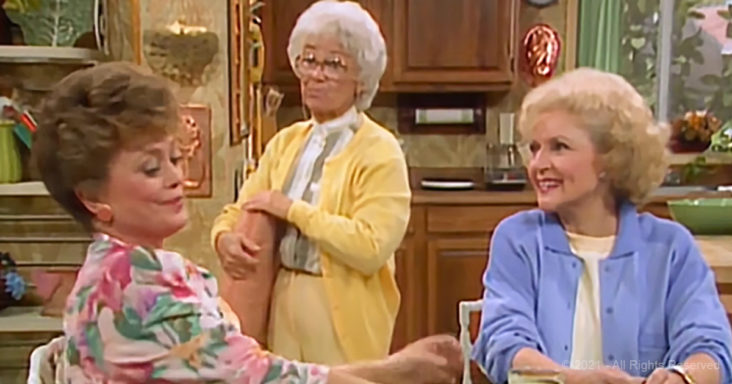 It’s the sort of humor that would hurt if it were aimed at you… but it’s the ‘Golden Girls,’ so it’s side-splittingly hilarious.

Some friendships are built entirely around sarcasm and all the creative ways you can roast each other alive. ‘Golden Girls’ showed us the hilarious side of that sort of relationship.

Show after show, these sharp ladies wielded a way with words that was even sharper, and also intelligent. A few times you have to stop and think before the freight train of sarcasm makes a full impact.

There’s a note of sweetness in the way these characters carried on like this for the whole show and at the end of the day, they were all dear friends. Just like the show’s theme song, ‘Thanks For Being a Friend.’

The Writers Guild of America placed the sitcom at number 69 in their list of the “101 Best Written TV Series of All Time.” The series finale garnered the rank of the 17th most-watched.

This video highlights 18 moments that Blanche, Dorothy, Rose, and Sophia were firing on all four cylinders and not pulling any punches. Each direct hit will have you doubled over in hysterics.