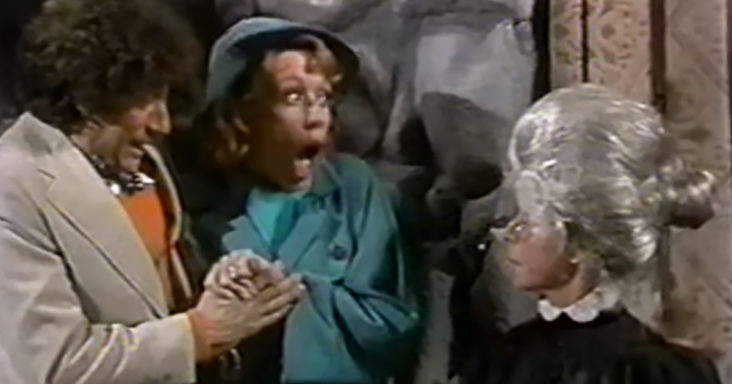 It’s almost time for Halloween, and scary videos are becoming more prevalent during this time of the year. When it comes to scary-themed videos from The Carol Burnett Show, people seem to love and share them, no matter what time of the year it is.

In this hilarious video, Carol Burnett is joined on stage by fellow actors Harvey Korman and Vicki Lawrence. As soon as the video starts, a spooky atmosphere is felt by the viewers.

The scene starts with a shot of an old castle on the shore during a raging storm. Next, we hear the slow knocking on the door of the castle. Nobody opens the door, but then Korman and Burnett slowly push the creaky old door of the castle open. 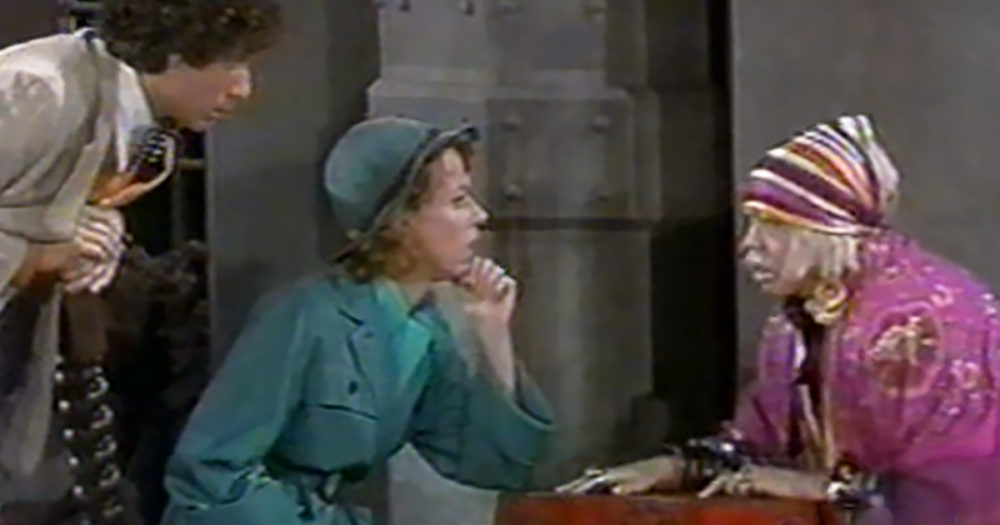 The two carefully wander inside the castle. Mysteriously the door slams shut behind the scared couple, and Caroll shrieks in shock. Harvey comforts her, and they slowly continue to walk farther into the castle.

‘Hello… Is anybody home?’ A scared Burnett asks, but there is no response. Suddenly, an old woman with silver hair and a black dress appears from behind a curtain. A panicked Burnett screams again in shock.

‘Go away!’ The old woman says. What starts with an intense and scary few minutes later turns into comedic conversations with viewers giggling all the way. This rollercoaster of emotion generated by excellent acting and wonderful lines makes this video so popular.

MJ Rotondi commented on the video: ‘I used to, as a child, sit on the floor n laugh hysterically at Burnet’s show. It was clean humor.’ It is incredible that these videos from over 50 years are still funny to new audiences today.