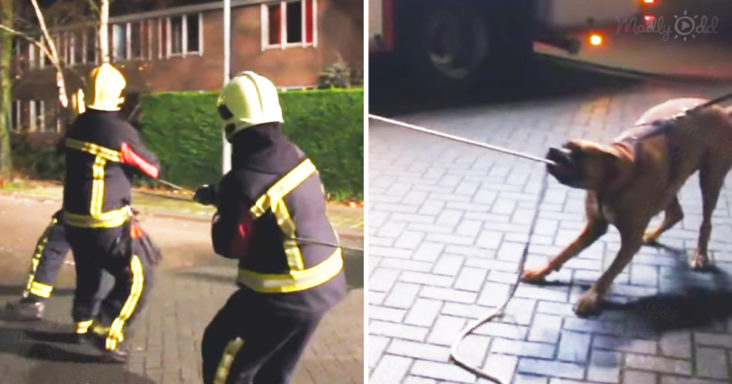 Being a fireman is not as easy a job as some may take it to be. It requires loads of perseverance and sacrifice. This is because of the dangerous situations they face daily in their line of work. It is, however, not always blazing infernos.

This particular group of local firefighters was on a simple job. They were trying to pull down a tree in a neighborhood, and a small crowd had gathered to watch the heroes at work. Then suddenly, there came a hero to their rescue.

A man had taken his dog for a walk, and they happened to see the action. The dog immediately decided to get in on the action. He desperately tried to pull the rope together with the firefighters despite his human trying hard to pull him away from it. 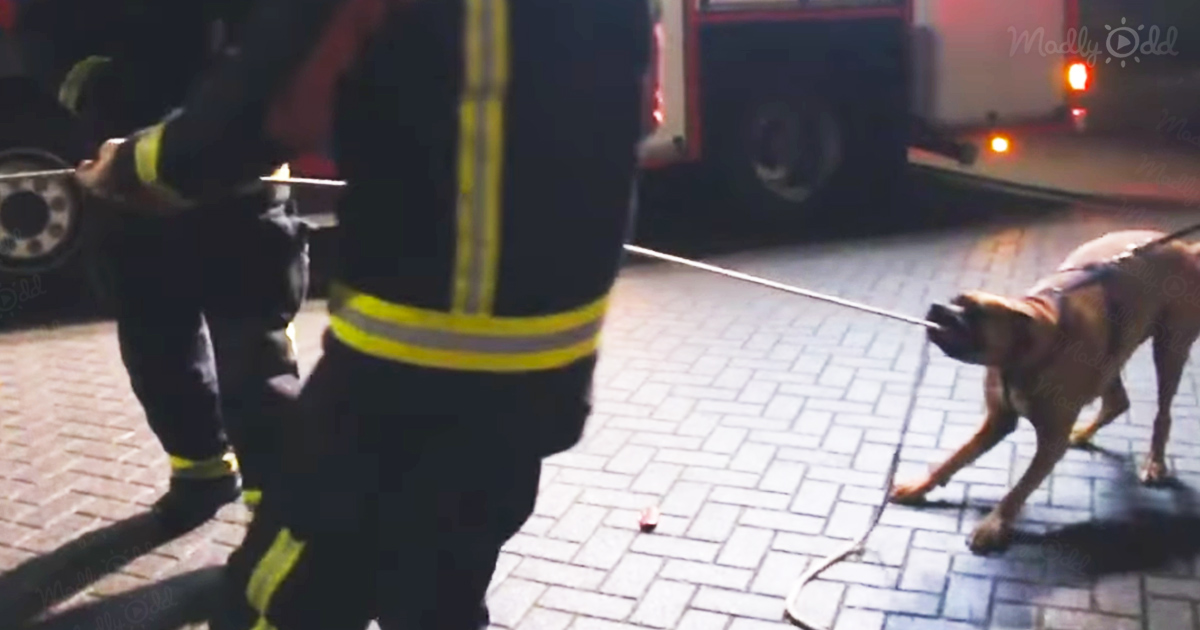 The firefighters sure didn’t seem to mind this at all. They seemed rather pleased as they all laughed excitedly while watching the determined dog. Everyone seemed to be rejuvenated by the amazing energy from the dog which also seemed to be enjoying this immensely.

The dog wasn’t about to let this opportunity of playing tug of war pass by. He seemed to be having the time of his life as the firefighters continued to pull the rope ahead of him. He was such a playful fellow.

Dogs are always the life of the party. It’s never a dull moment since they can turn almost any activity into an enjoyable game. These firefighters certainly had something to tell the other firefighters in the station.

With over a thousand views on Youtube, this clip is one you should check out. Watching the dog put smiles on all these faces is so wholesome. 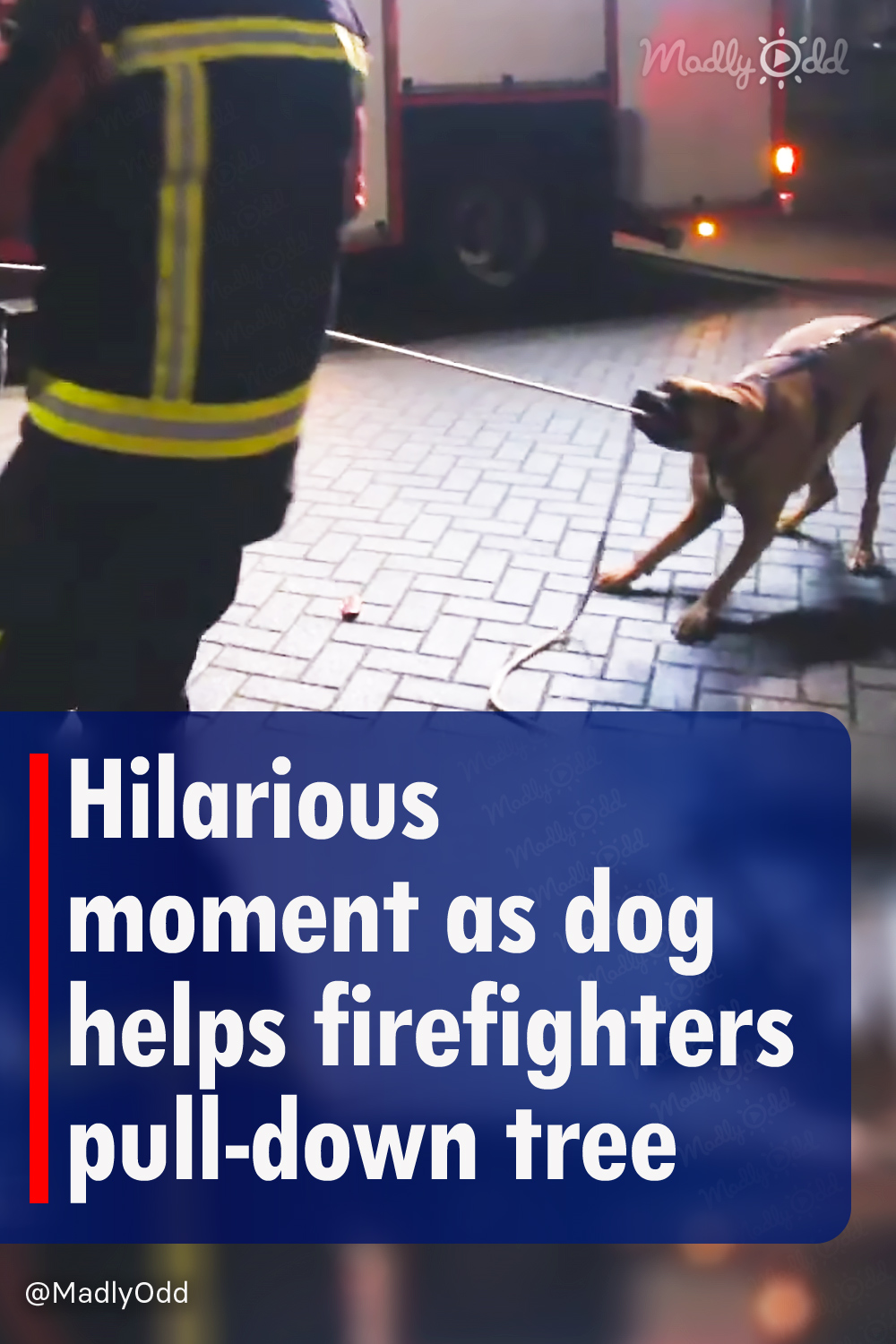