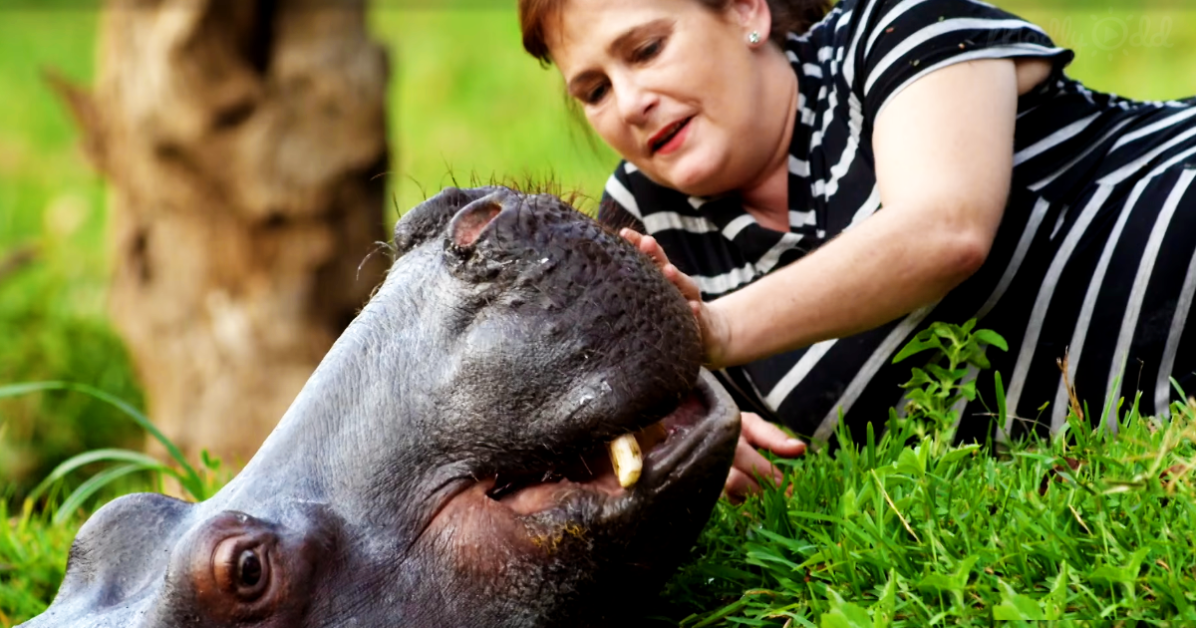 Although she’s now a full-grown hippo, when Tonie and Shirley Joubert rescued Jessica, she was a just a tiny newborn calf. The devastating floods that swept South Africa in 2000 had washed the newborn hippo away from her mother. The couple found her on their property, on the banks of the Blyde River, weak and exhausted.

They rescued the baby and, thankfully, Tonie’s knowledge as a game ranger enabled them to provide a suitable formula to feed her. The hungry infant eagerly accepted the bottle and in no time was thriving well. These days she still enjoys a bottle for a treat, but now it’s filled with cold Rooibos tea instead of formula. 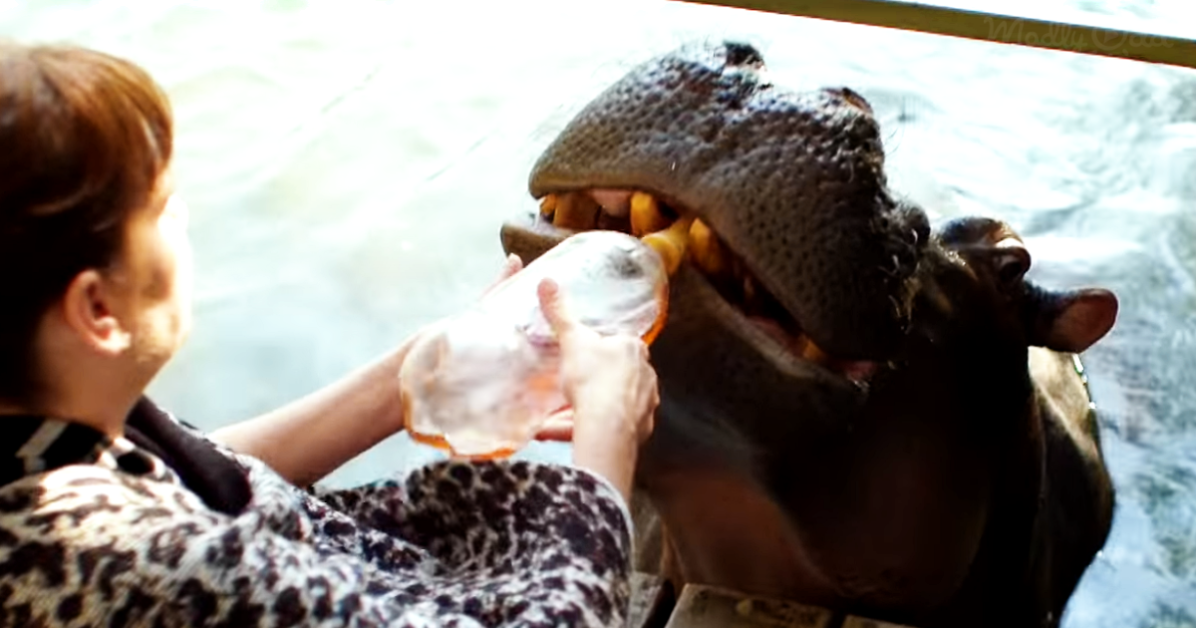 As she was growing, Jessica quickly became friends with the family dogs and established a strong bond with them. Hippos are naturally a very social animal and they became her playmates and companions in place of other little hippos.

It is adorable to see a little Jessica romping and playing with her canine buddies. Even as full-grown hippo she still enjoys a nap on the porch with the dogs.

She forged a special and unique bond with her human parents and as an adult is still affectionate and gentle with them. She even comes inside to receive treats in the kitchen and is always on her best behavior. Jessica’s adopted parents say that they sustain a tremendous boost to their well-being with her company and they are deeply devoted to her.

Jessica’s heart-warming story has attracted a lot of attention and her fame has spread right around the world through various documentaries and films.

She is still a wild animal, but one that interacts positively with humans. She is free to come and go in the wild and spends most of her time with the hippo herds in the local river but she always returns to the Jouberts property for treats and a bit of spoiling.

If you have been amazed by the sweetness of this rescued hippo, share Jessica’s story with your friends.