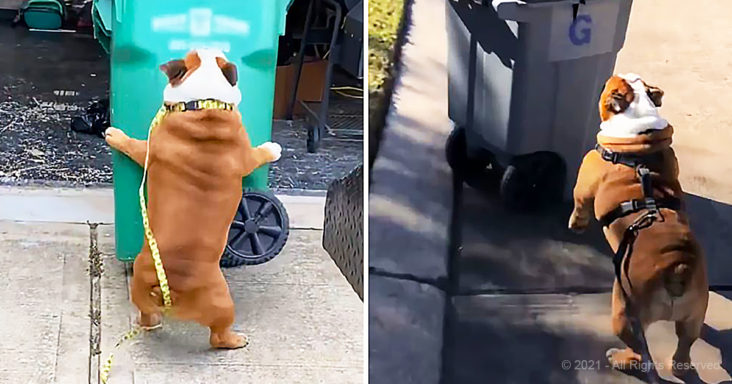 This bulldog runs up and tackles every trash can he sees on the road. Apparently, he was inspired after watching a particular scene.

Dogs are known as being curious and playful whenever they see something suspicious. Apparently, when they feel like it was a threat, they will absolutely make a way to wreck it.

This bulldog, in particular, showcases a mysterious attitude towards every trash can he sees. His name is Charlie, also known as “Charlie the Bulldozer” or “trash can Charlie.” 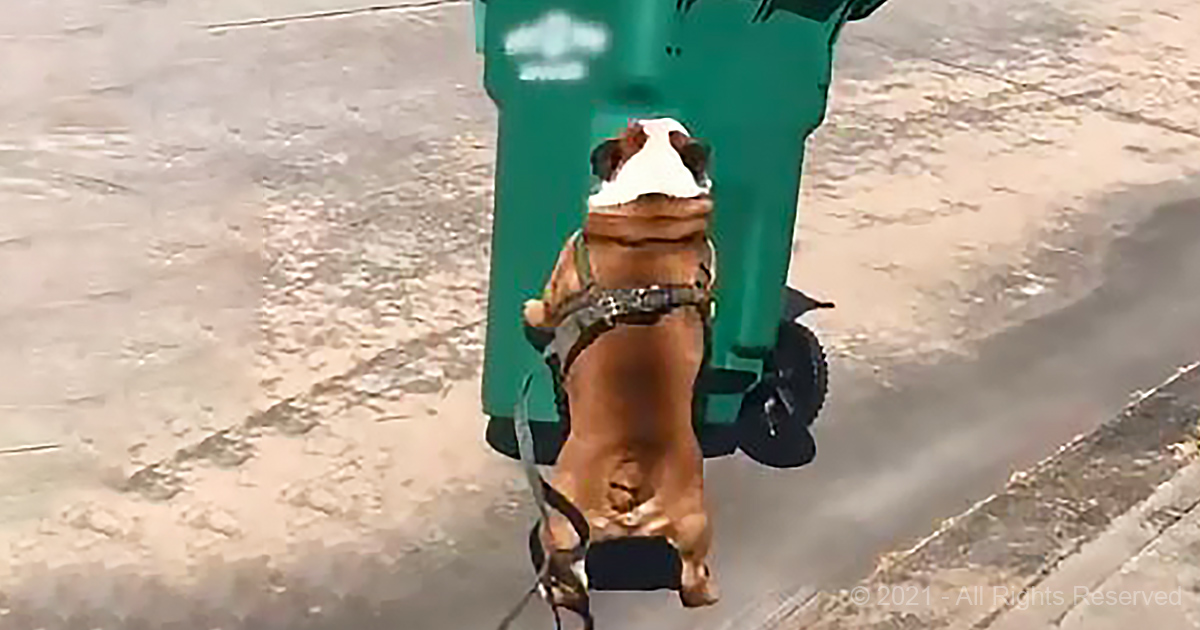 Whenever he sees a trash can, he will become agitated that he will suddenly run and charge towards the bin. Regardless of where he is, if there’s a garbage bin standing along its way, he will surely wreck it.

According to his owner, this cute bulldog was inspired by a particular movie scene that he practically mimics right after watching it. Later on, it becomes a routine for chubby Charlie.

This behavior of Charlie frightens the neighborhood at first, however, they eventually get used to it and somehow find it cute. 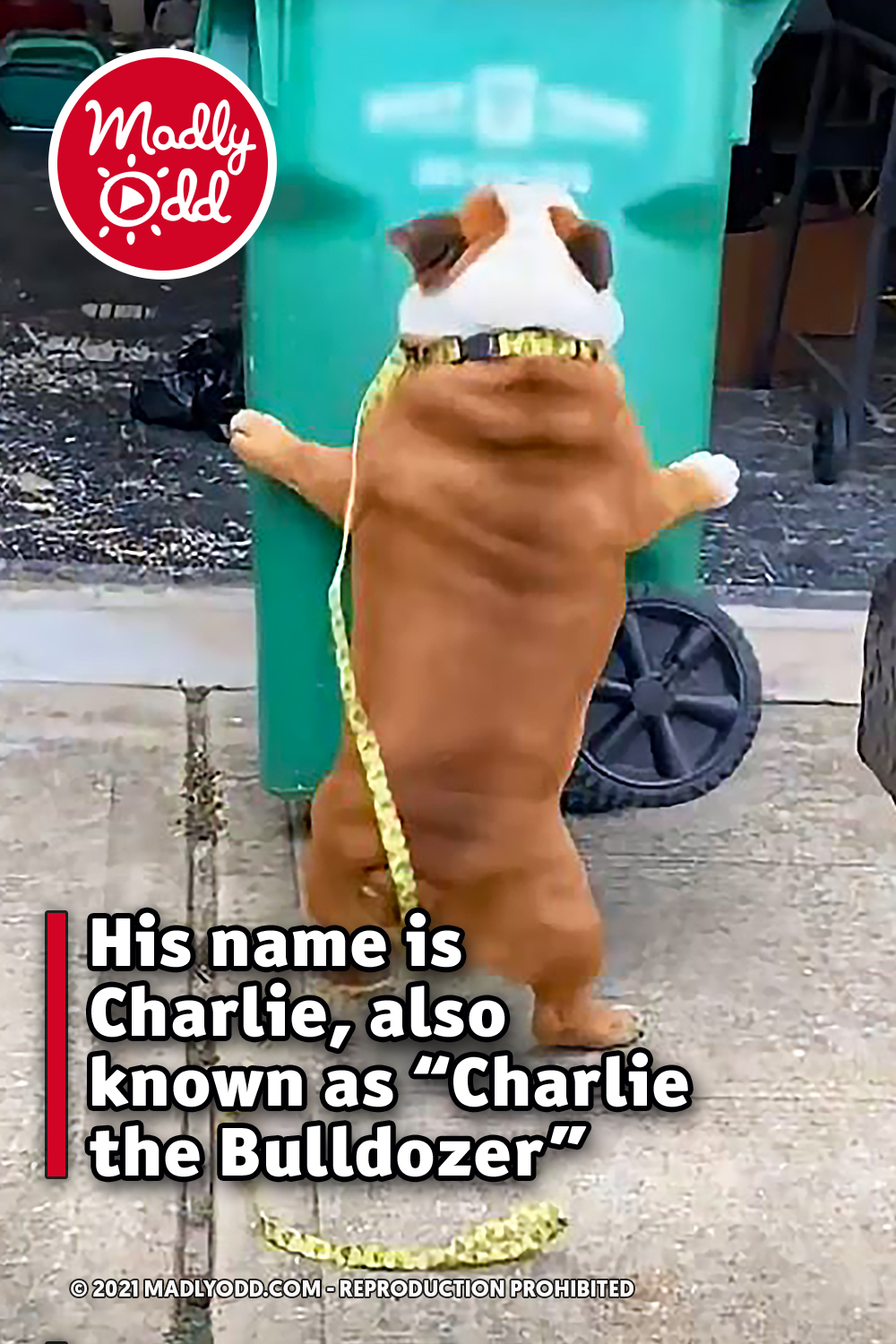