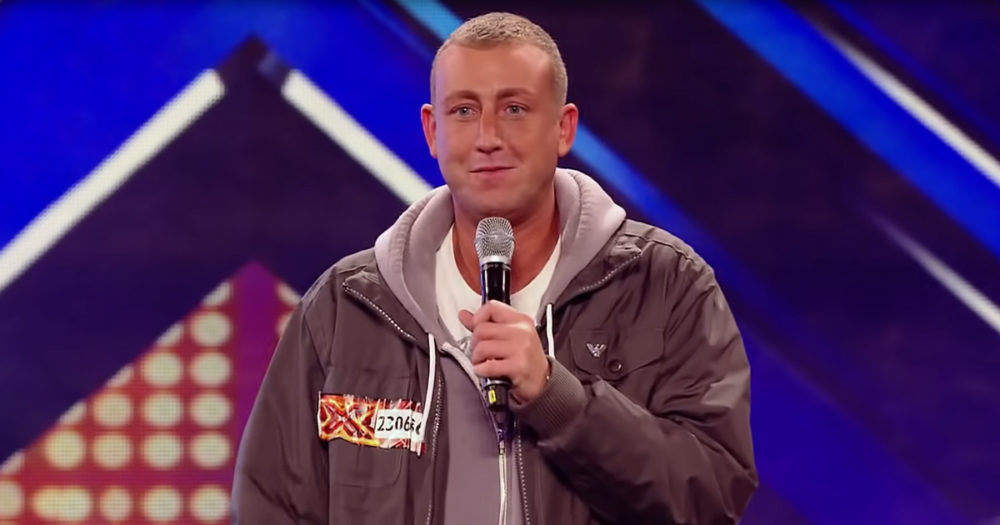 When Christopher Maloney showed up to audition for the 2012 season of The X Factor UK, the judges weren’t sure what to expect from the visibly-shaken Liverpool native. And it turns out they were in for the shock of a lifetime.

Though Maloney had been employed as a professional entertainer before, it took him nearly five years to even dream of sharing his talent with the world. And when the fateful day finally arrived, he was scared witless.

But, with the support of his 76-year-old “nan,” Maloney was able to make it onto the famed stage. Now it was up to him to win over the judges and massive crowd.

Even as a severe case of stage-fright seemed to immobilize the 34-year-old singer, Maloney rallied enough to belt out a pitch-perfect rendition of Bette Midler’s “The Rose.” And, with passion like that, he’s got the whole crowd on their feet.