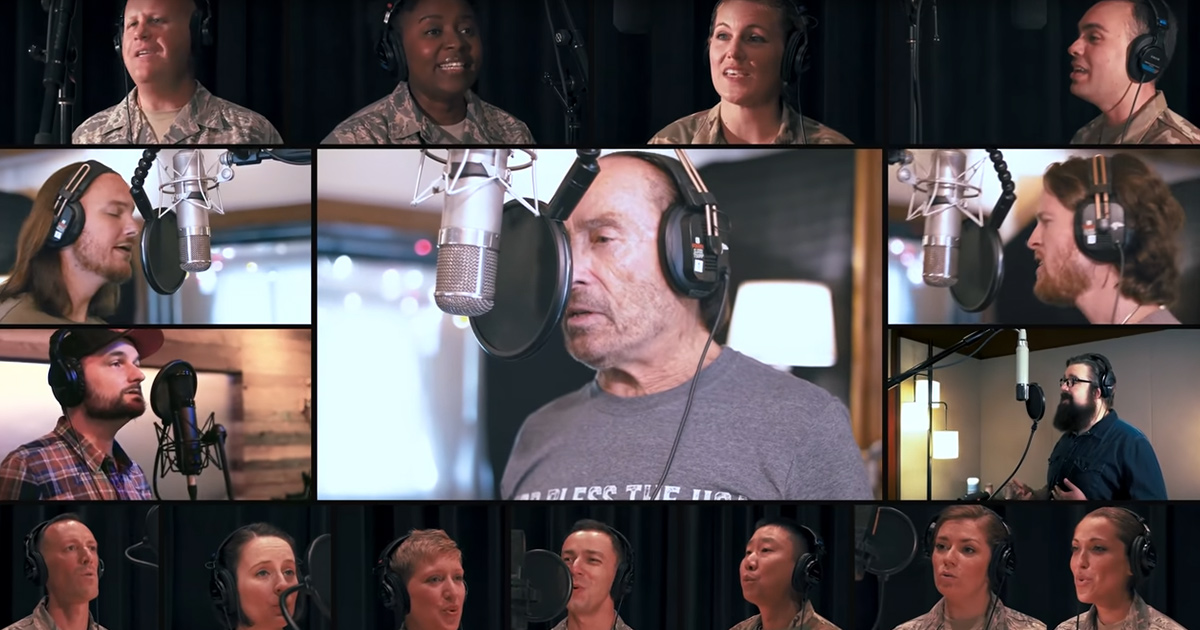 Brave men and women are fighting for our freedom as American’s every day. We may not always see what happens on the front lines, but these selfless people never back down to ensure our safety and future.

The popular singing group, Home Free, decided to thank the Armed Forces with a beautiful cover of one of the most patriotic songs. They were joined alongside by Lee Greenwood and The United States Air Force band.

One of the most extraordinary things about this performance is that it was filmed all around the United States. While some members recorded in Nashville, others went to the recording studio in Minneapolis. It just makes it that much more wholesome, and we hope anyone watching gets a big smile on their face.