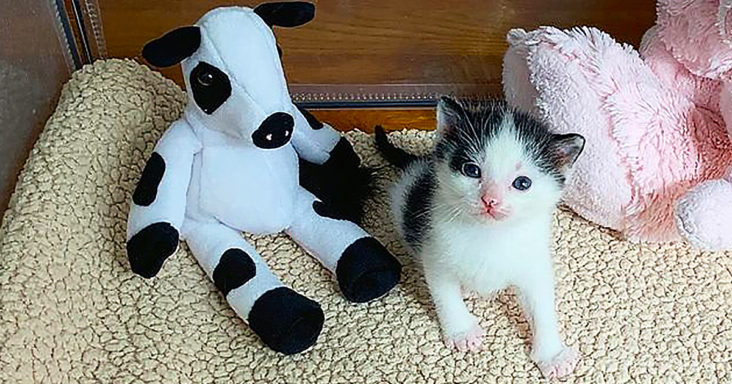 A moving story about a homeless kitten and his toy cow. Sometimes it’s not easy to tell the two apart. You’d swear they were siblings.

The kitten that would eventually be named Bo started out nameless, abandoned, and starving. Construction workers found him without a mother cat to care for him.

a local cat rescue took the little guy in and he was placed in an incubator and nursed back to health. He was given a stuffed cow that bore an uncanny resemblance to him.

Bo got as attached to that stuffed cow as any child in crisis would get attached to a teddy bear. It really was a source of comfort for him and helped him sleep.

The rescue was discovered by a woman with a big heart who just knew that Bo was for her. But there was a catch. Adopting Bo meant adopting the toy cow as well!

Bo and his cow are still together. And they are both still in their new forever home. If you reach out and adopt a shelter animal, you can experience such a story firsthand. 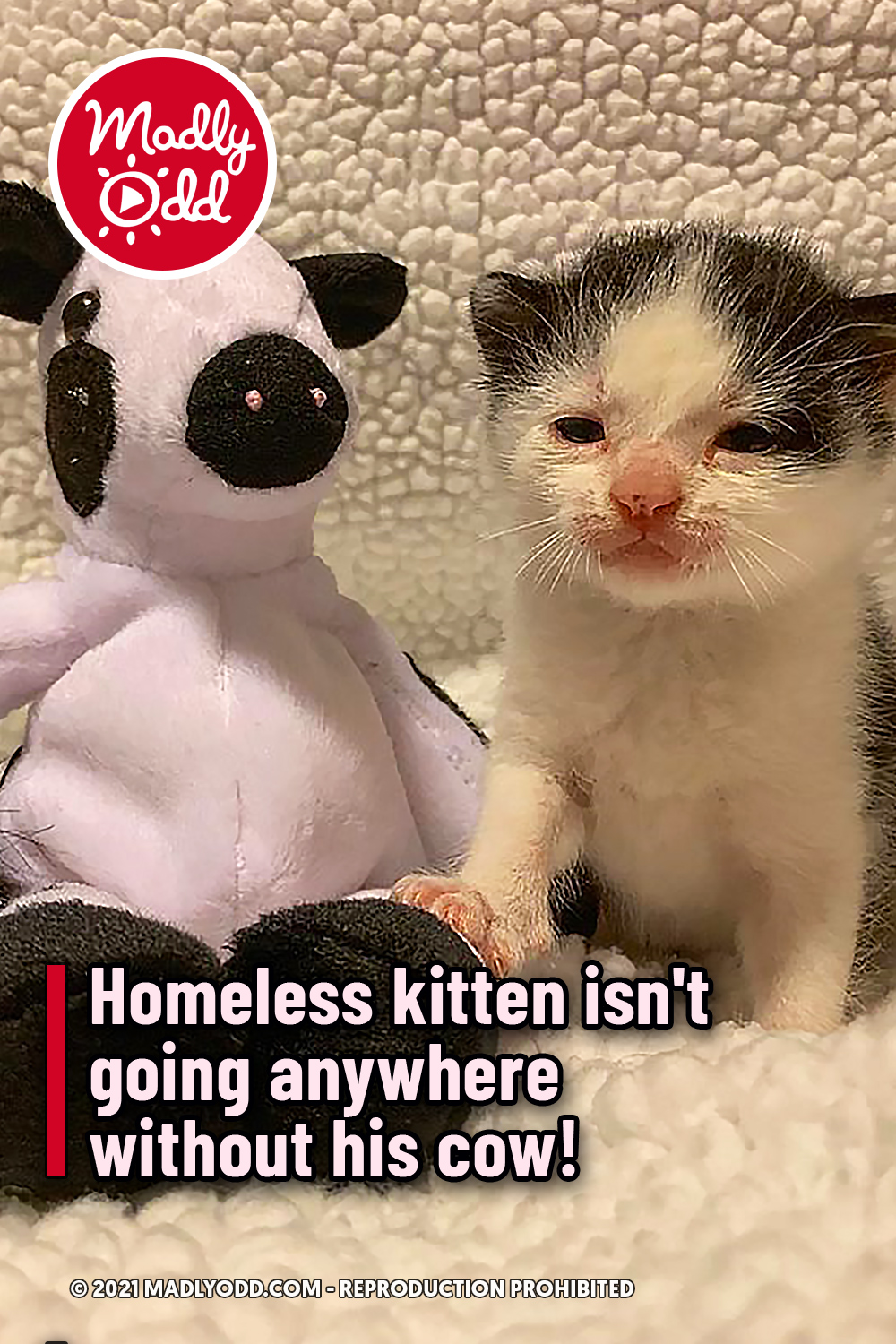