Cesia Abigail was having a very busy day — as usual. She’s the owner of Abi’s Cafe near downtown Minneapolis and as anyone who runs a restaurant could tell you, busy is the norm in that line of work!

On that busy March day in 2016, a homeless man named Marcus walked into the cafe, looked Cesia in the eye and asked her for money. The already frazzled restaurant owner replied, “Why don’t you have a job? You know nothing is given to me for free, right?” In fact, a job was what Marcus wanted more than anything. He forthrightly explained that because of his criminal record, it was practically impossible for him to find work. That’s how he ended up homeless. Something about his story resonated with Cesia. So she figured she’d put her money where her mouth was. After all, she needed some help, although money was tight.

Cesia described what happened next: “I was short staff that day, so I asked him, ‘You want to work? I have a job for you!’ His eyes opened wide and his smile made my day!!!! He said, ‘I’ll do anything for some food.’ So now for almost two weeks, he’s been on time for his two-hour shift… Helping take out trash, washing dishes, etc. Once I pay him, guess what he does? He buys food from my restaurant — HE DECIDES TO PAY — because it makes him feel good! 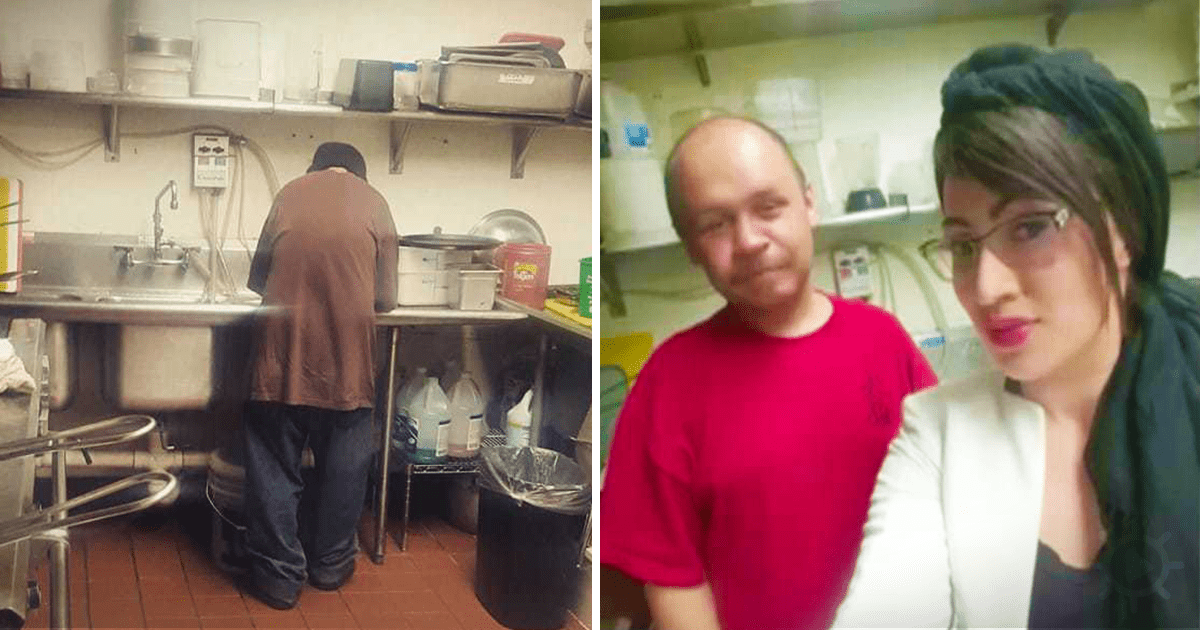 “With his new job, Marcus has found new confidence in himself and he’s a changed man. Do something nice for someone today and don’t judge them just because they’re out there asking for money, because we don’t know their situation… Some deserve another shot. God gave me this blessing so why can’t I bless others?”

How did you like the way this restaurant owner gave a guy a second chance? We’d love to hear what you have to say in the comments at Facebook. Be sure to like and share: just one way to remind people not to judge books by their covers.