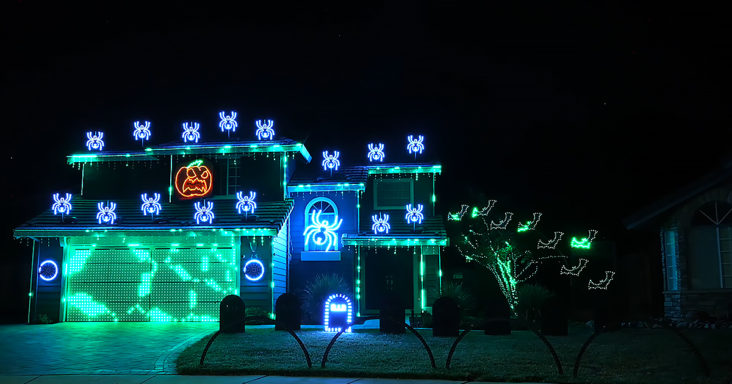 Halloween is a time for the community to come together. Whether it be trick or treating, hosting a party, or having a Halloween-themed dinner. Or you could decorate your house and attract thousands of people to enjoy a spectacular light show.

Tom BetGeorge of Magical Light Shows decorated his home with thousands of sound-reacting lights and projections in this video. A magical light show brings the whole house to life, and it attracts spectators from all over the county.

The house that is situated in Tracy, California, made headlines before. Tom BetGeorge regularly posts videos showing different light-show themes at his home. This time around, he took on the theme of one of the most influential movies of the 20th century. 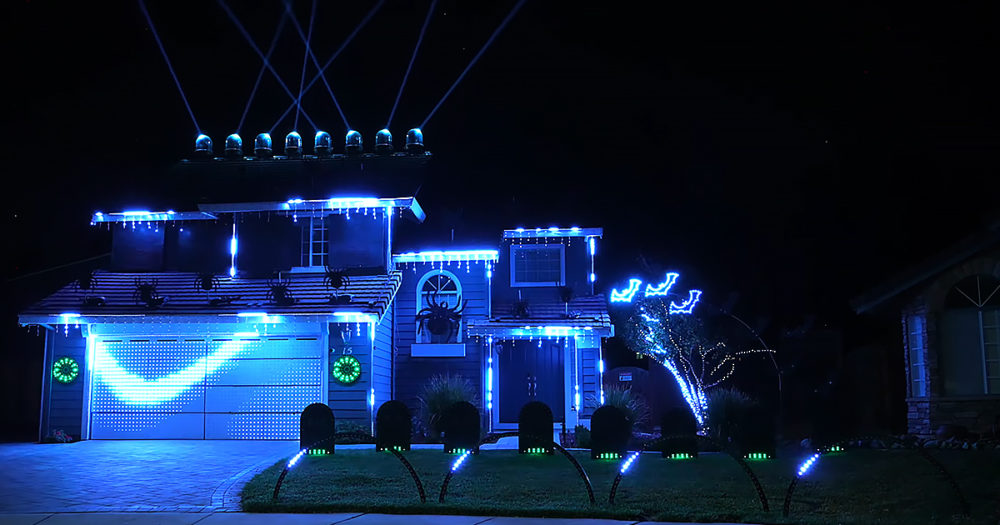 The Matrix appeared on the big screen in 1999 and changed the way audiences experienced cinema and how they viewed the world. The movie was the most talked-about film in 1999, and over two decades later, this Matrix-themed Halloween home has the same effect.

The video starts with the audio from the phone call at the end of the movie. The hero, Neo, tells The Matrix that he is about to change the world. At this moment, the house starts lighting up with the recognizable green code of The Matrix.

Graham Sutherland commented online: ‘That intro was absolutely impeccable. Hairs on my arms stood up.’ This effect is what gets thousands of people flocking to Tracy, California, to see this spectacle.

Tom BetGeorge has a two-hour display on the weekend only to minimize traffic congestion in the neighborhood. Viewing is free to the community, but donations go to a local family shelter in Tracy. What an incredible way to get the community together for the greater good.