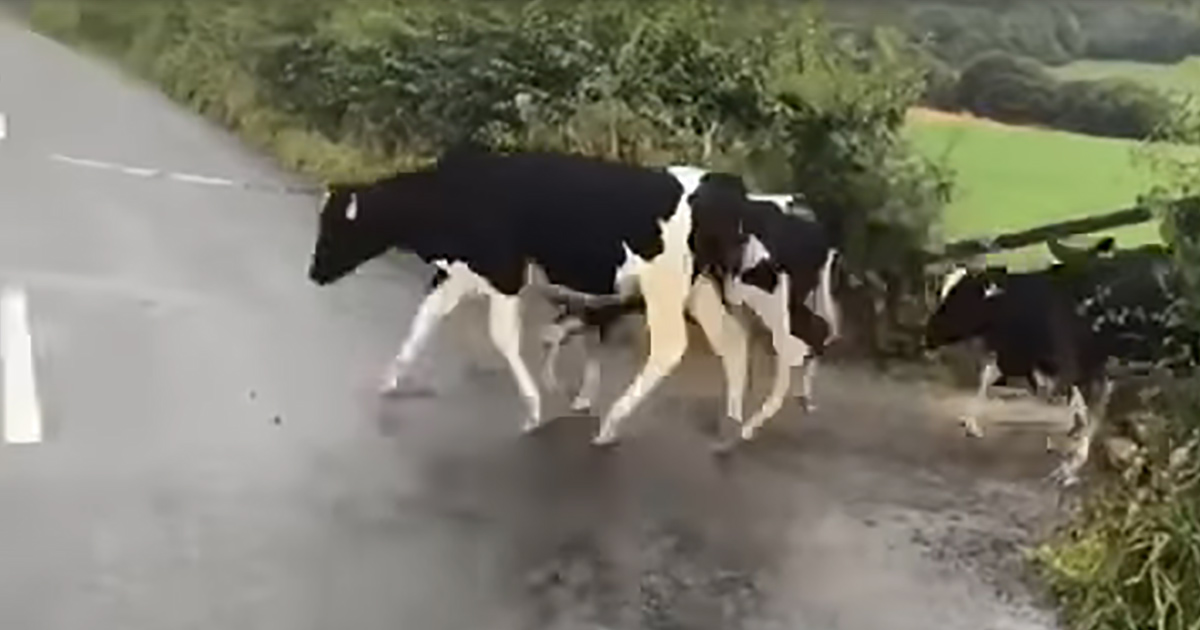 A herd of dairy cows crosses the road, but each and every single one takes care to avoid the white line in the middle of the road. Now that’s hilarious.

Would you believe that even cows, like people, sometimes behave like sheep? Well, these cows sure do. Once one has avoided the line, the rest follow suit with the whole herd of dairy cows hopping over the middle-of-the-road white painted line.

They all give the line a hop as if it’s an actual obstacle. Some even have to stop to draw composure before making the leap. The cow may not have jumped over the moon, but hopping the line is close enough for us.

Their odd behavior is actually due to their really poor depth perception. They can’t discern between direct light and varying degrees of shade, so anything that seems like it could have depth or height is rather jumped across. 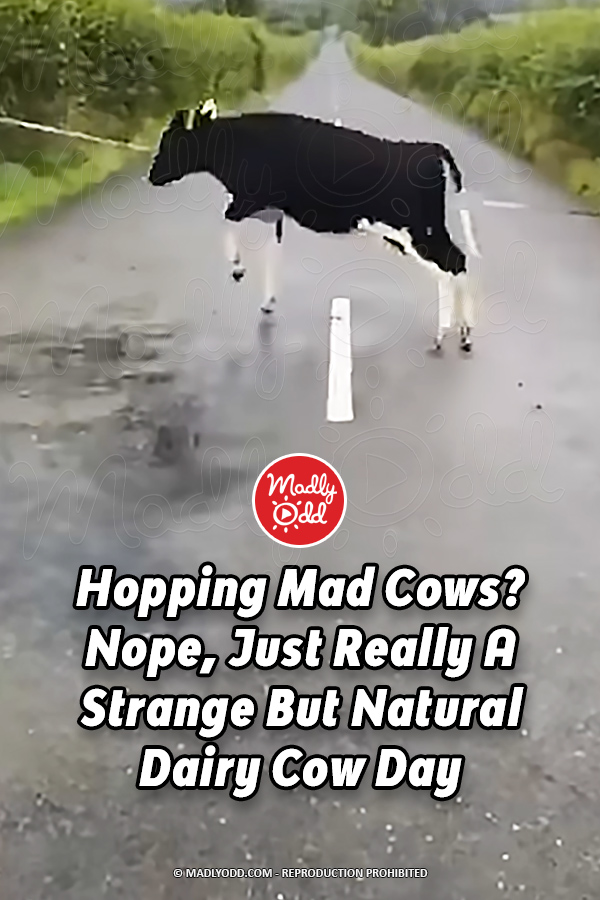