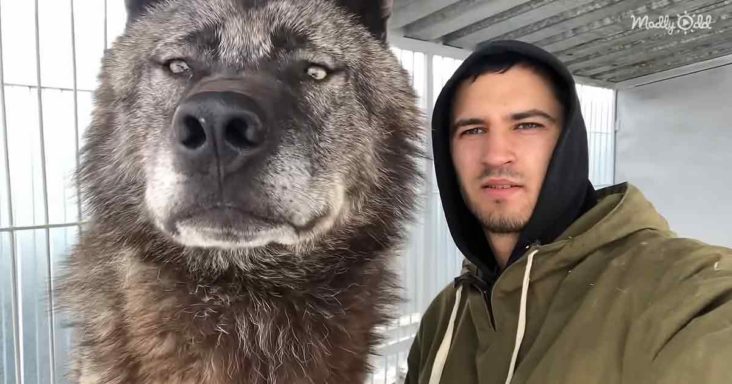 Andrey Musienko showed off and played with his best friend, who happened to be the most enormous wolf in the world. The Black Canadian Wolf’s name is Akela. 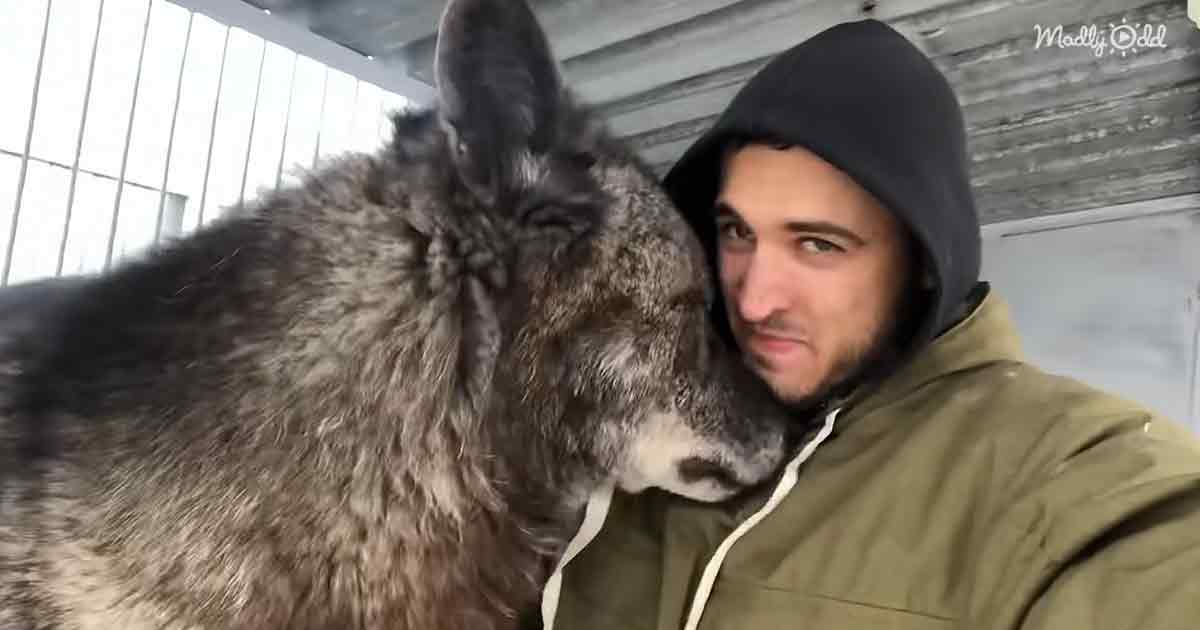 Akela has been with Musienko ever since he was a tiny puppy. He was the same size as most puppies, and no one would have expected Akela to become as massive as a wolf.

In the forests of North America, Siberia, and Northern Europe, wolves like Akela are known to be unmatched stalkers and predators who hunt together in packs. 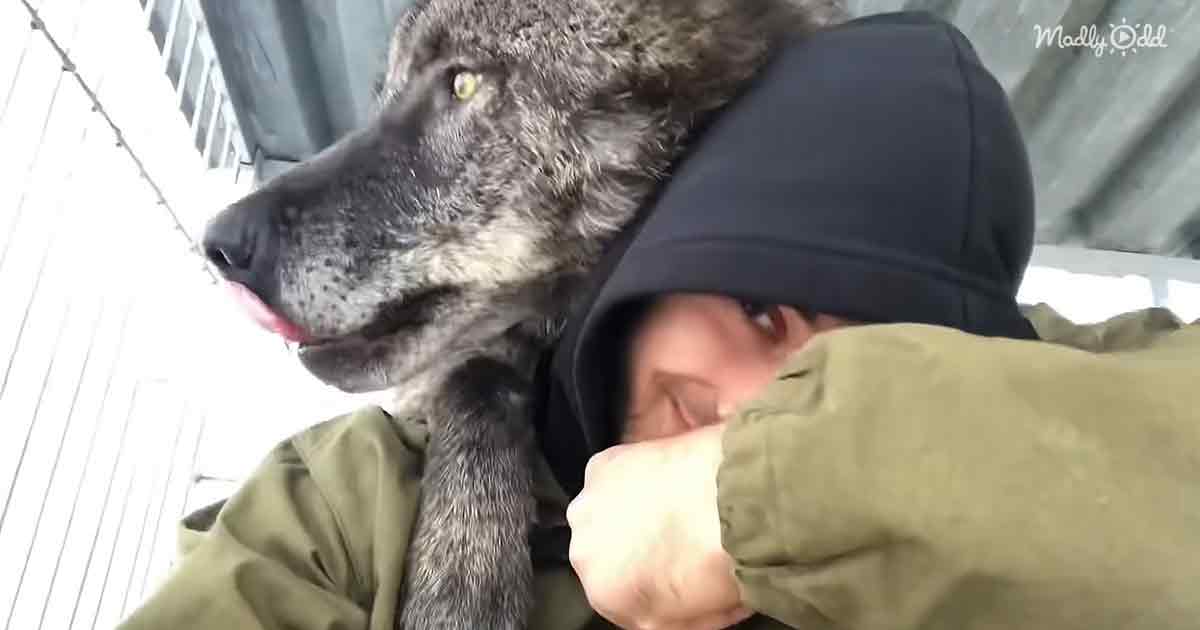 Akela may look ferocious, but he is very affectionate and sweet towards Musienko. While Musienko is with Akela, the energetic wolf tries to play with his friend by hopping onto his back.

The gigantic puppy is chewing on Musienko’s hoodie and placing his paws on his friend’s shoulders. Musienko is smiling and trying to keep up with Akela’s energy and weight. 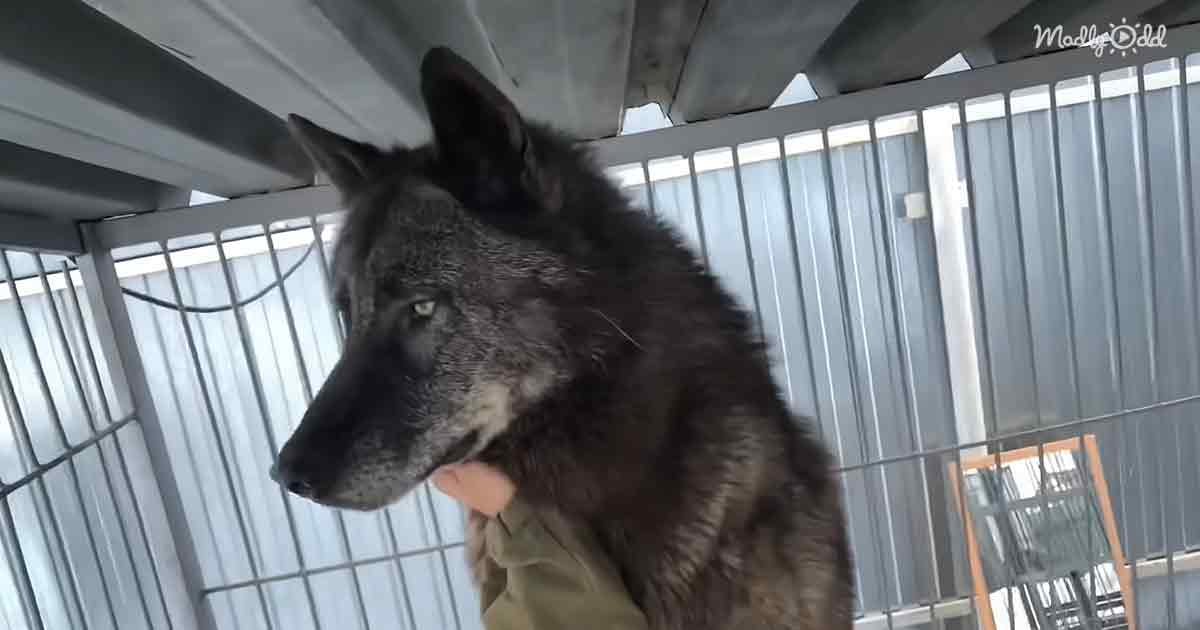 It doesn’t look easy to wrestle with Akela. They had formed a bond, and there was absolute trust between them. Akela even playfully bites Musienko, who doesn’t mind having his fingers in Akela’s mouth.

Musienko was hoping to build an even bigger enclosure for Akela so he could have more space to roam around and place. The two of them are very close, and Akela is happy to have him around.