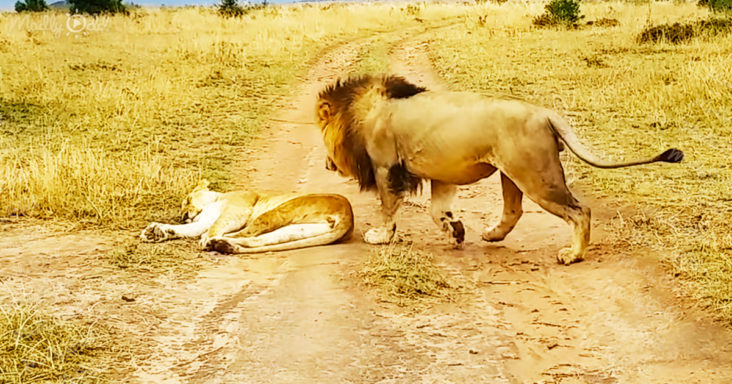 When they say, ‘Never wake a sleeping dog,’ or ‘Let sleeping dogs lie,’ it should also apply to lions. This lioness that was taking her nap had her defense mode immediately activated when she was startled out of the blues.

A lion creeps up to her silently and unexpectedly bites her from the back. Startled, the lioness immediately turns to the lion, ready to attack. It’s hard for anyone to believe that she was sound asleep a few seconds earlier.

This hilarious rare moment was captured by a guide as he was on one of his evening drives at the Masai Mara with a few guests. The guests were certainly in for a treat because it’s rare to come across a lion behaving in such a cunning manner. 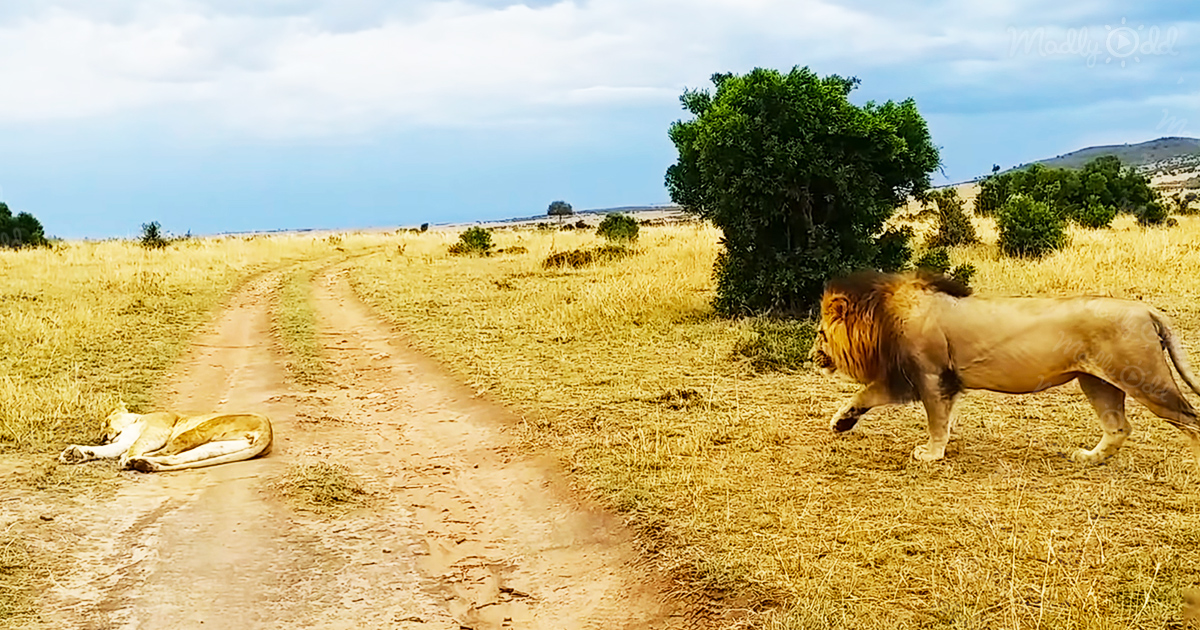 After the small scuffle, or should we call it lion prank, the rest of the pack came and surrounded the two as if wanting to find out what was going on. The lioness was not happy at all at the lion for interrupting her nap.

However, the lion was just standing around as if he had emerged victorious after the little scuffle with the lioness. But deep down, we bet he regrets his sly actions.

From the comment section, most of the viewers were quick to compare the lion to a stubborn husband waking the wife up in the morning. Well, we couldn’t agree more.

With more than 23 million views, we can tell that we’re not the only ones who would enjoy another hilarious video of lions being mischievous. But lesson learned, never wake a sleeping lioness.