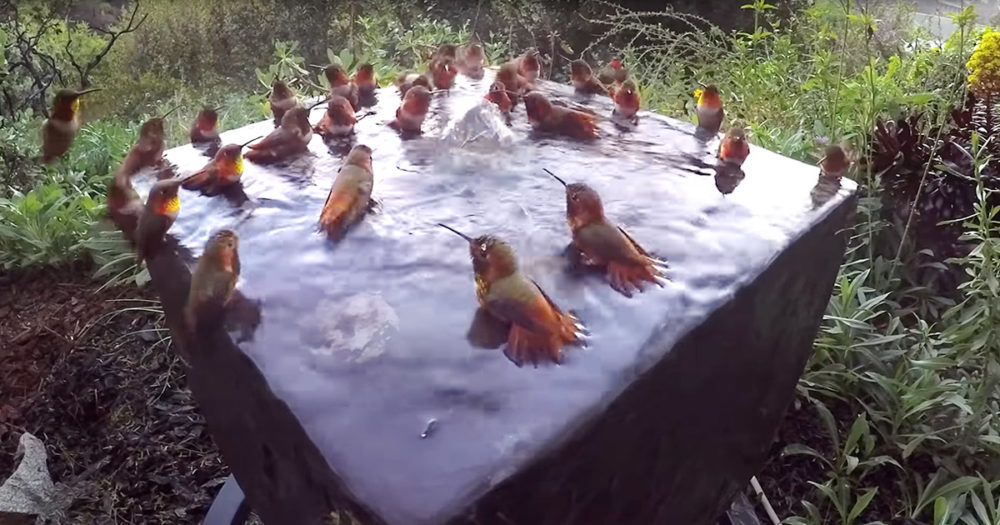 Hummingbirds are adorably tiny creatures that love to sip on nectar and flap their wings faster than any other bird. They are comically known for not getting along with other hummingbirds, especially in small spaces.

This was all proved wrong when someone set up a camera by their birdbath. Unlike most birdbaths, this one was designed with a flat surface and looked like a giant cement cube with a waterfall in the center.

With over four million views, there’s no questioning why what their camera caught went viral. There weren’t just one or two hummingbirds cooling off in the birdbath. The incredible footage shows 30 hummingbirds enjoying the refreshing water together.

Splashing around, getting clean, or naturally cooling off, it’s clear that these precious animals loved the birdbath. With beautiful red and yellow feathers, it’s hard not to stare as they have the time of their lives. 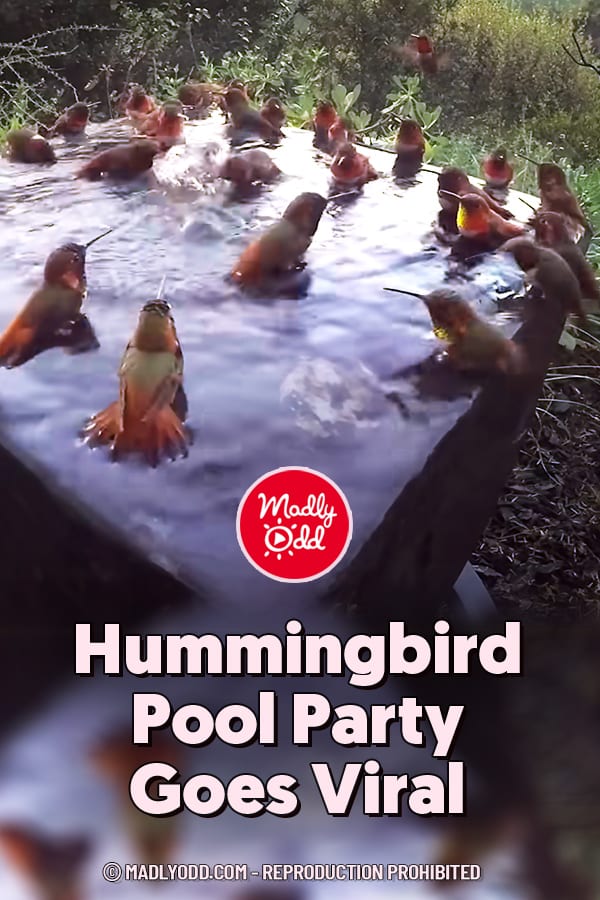