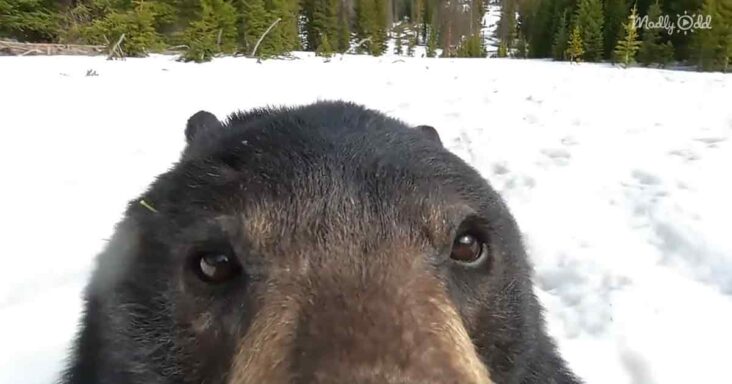 GoPro cameras are primarily used for getting the best footage outdoors. You may use it to document your hike or get exciting footage while riding a bike. 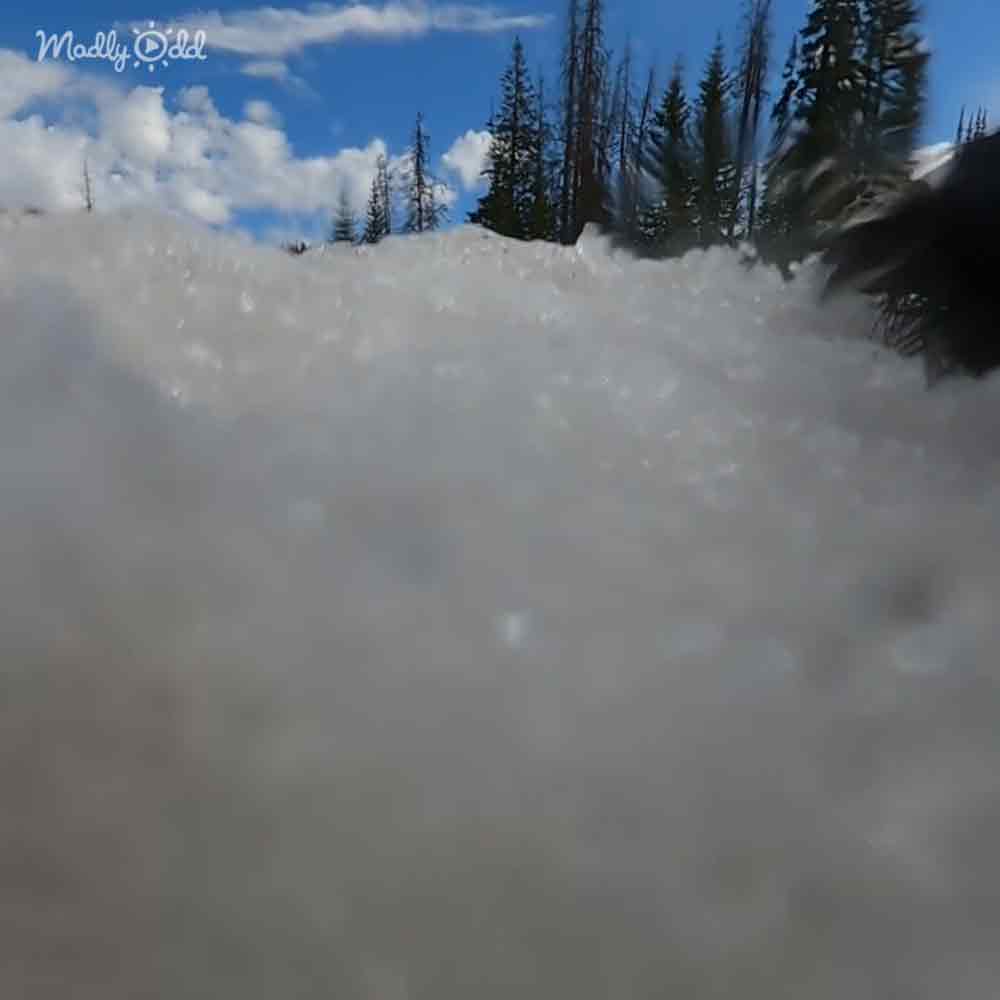 One snowmobiler tried to capture footage with one of these cameras but wasn’t very successful. The camera would end up lost in the snow for months.

The good news is that this mobile technology was finally found. Archery hunter Dylan Schilt happened to stumble on this missing tech. Curious about what this GoPro had captured, he decided to plug it in and find out.

Dylan wasn’t prepared for what he found. A bear had captured the footage present. A bear had not only found the camera but turned it on as well. 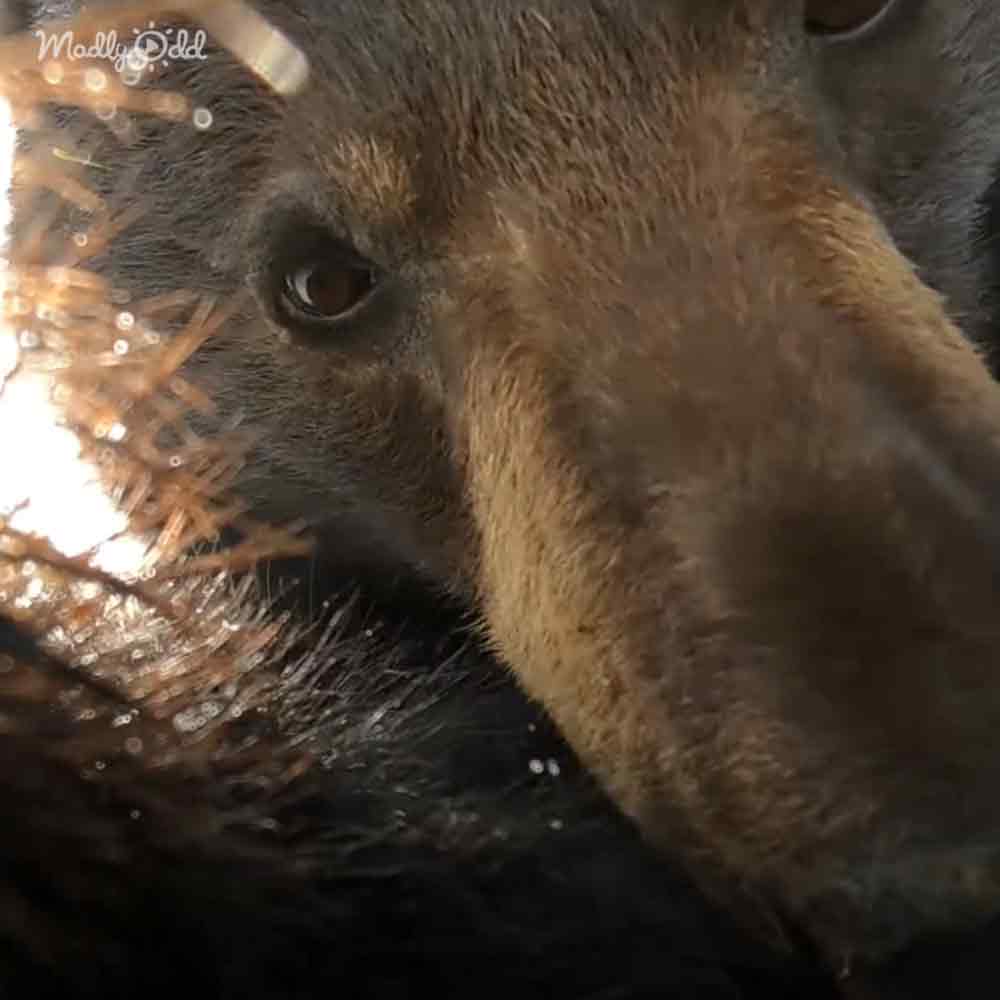 The footage showcased shots of the bear holding the camera. Based on the reactions, the bear seemed confounded and intrigued by this device. He had no idea he was holding a camera.

The footage is mainly of the bear’s mouth as he tries to eat the GoPro. He starts pawing at it when he’s not trying to eat the camera. You can see a few adorable close-ups of the bear as well.

Unknown to the bear, he gets a few decent shots of nature. For an amateur videographer, this bear doesn’t do too terribly. Well, when he’s not eating the equipment. 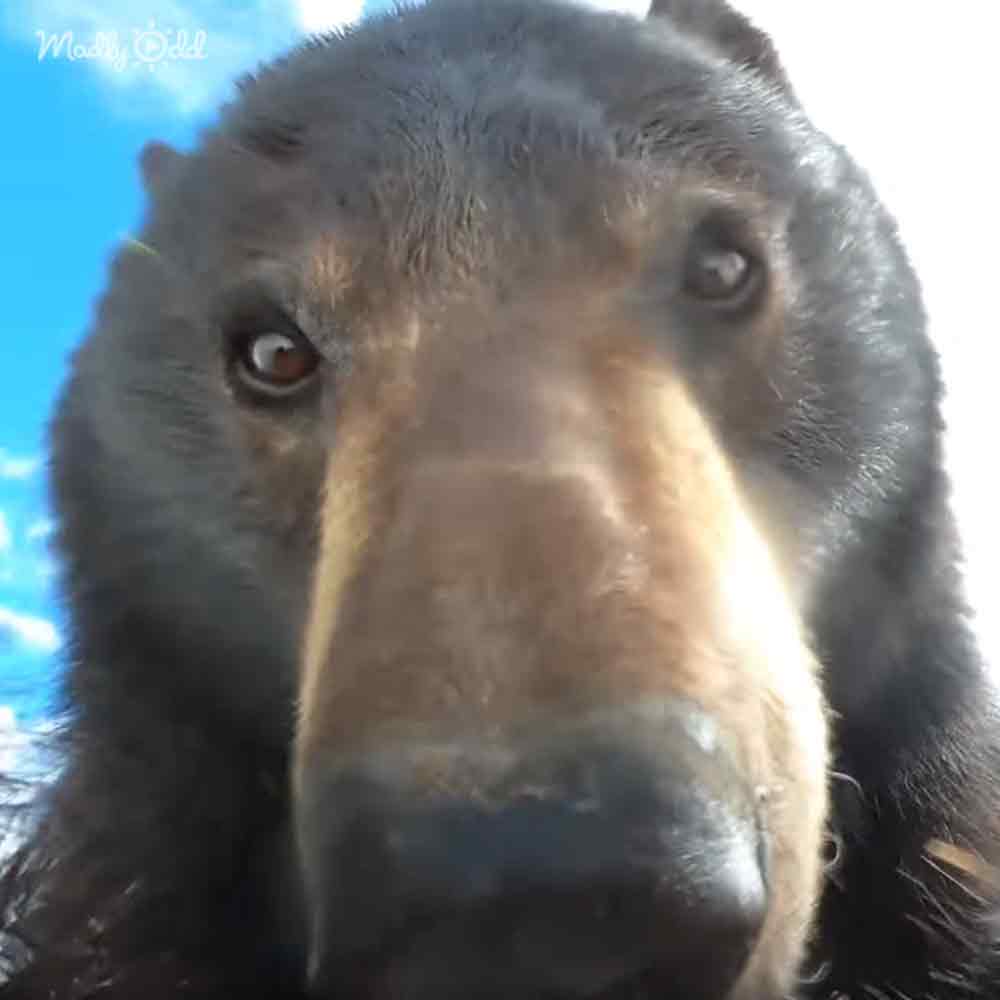 Dylan posted the video on his Facebook page. It was quite the find, as he explains:

‘After four months of sitting there, a big old black bear found it and not only managed to turn it on but also started recording himself playing with it. Hands down the craziest thing I’ve ever found!’

Most hunters go into the woods hoping to find incredible sights and fascinating creatures. Few ever find a GoPro with footage shot by wildlife. For that reason, Dylan came back with a fantastic discovery of how curious animals can be about the tech we use.