Huskies are famous for two things. One, of course, is their gorgeous looks. The other is there, let us say, talkativeness.

Instead of barking like most other dogs, Huskies have a distinctive howl. To people who love the breed, it’s music to their ears. Sometimes it can sound almost as if a husky is talking. They don’t really talk, although one husky’s interaction with a baby makes you wonder.

As its name suggests, the Siberian husky originated in the vast region stretching across central and eastern Russia. Specifically, the husky’s home is the far eastern part of Siberia across the water from Alaska. The indigenous inhabitants of that remote corner of the world, the Chukchi, bred huskies to help with hunting. This was a shrewd move: these hardy dogs enabled them to survive in a harsh environment and even expand into new territory.

The Chukchi let their dogs roam freely in the summer and this may have something to do with the Husky’s reputation as an escape artist, quite resourceful when it comes to getting over, under, or through fences.

But the Chukchi also made sure their dogs were well-suited for a family setting and to this day, Huskies get along very well with children. It may be that the intense urge Huskies have to be part of the pack makes them feel especially protective of the smallest members of their human pack.

In the video posted below, you’ll see a husky have a conversation of a sort with his newest friend. While the baby and the dog aren’t having a conversation in the usual sense — or are they? — the two of them are definitely on the way to forming a strong connection!

How did you like the way this beautiful husky and his tiny human friend are getting along? Let us know in the comment section below the video and don’t forget to like and share! 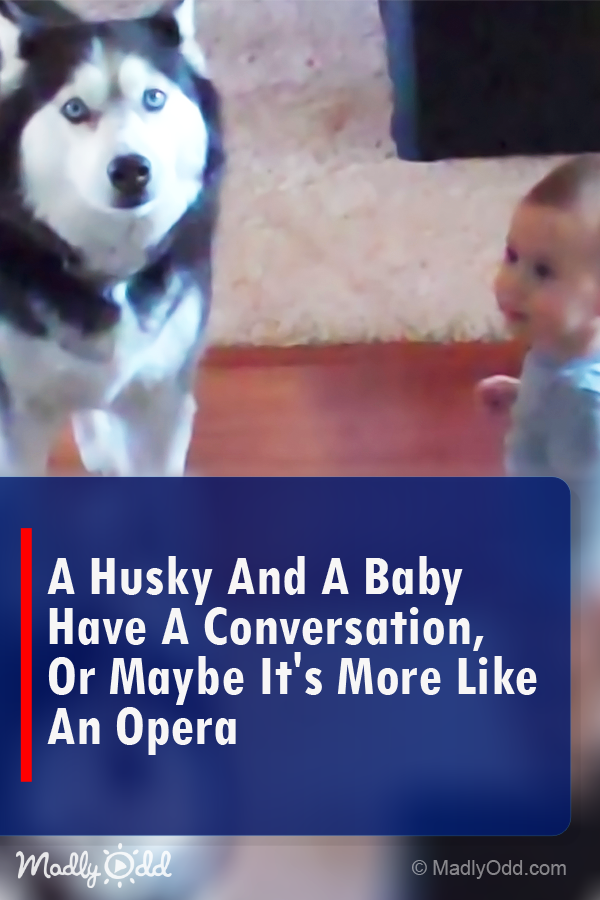