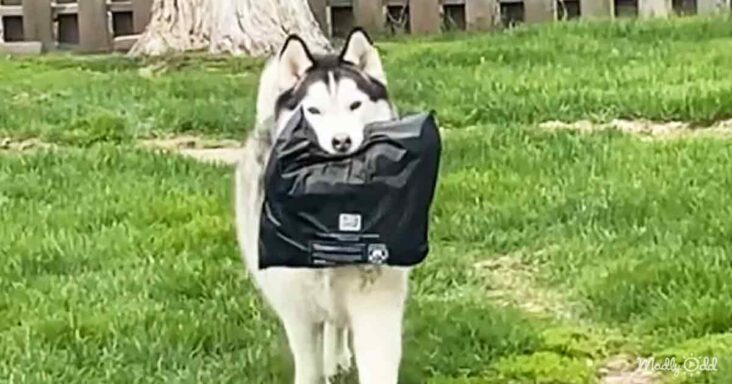 Every day, entire fleets of Amazon delivery drivers hand-deliver thousands of packages to customers across the United States. It’s not every day, however, that a Husky intercepts the package before it reaches its destination! 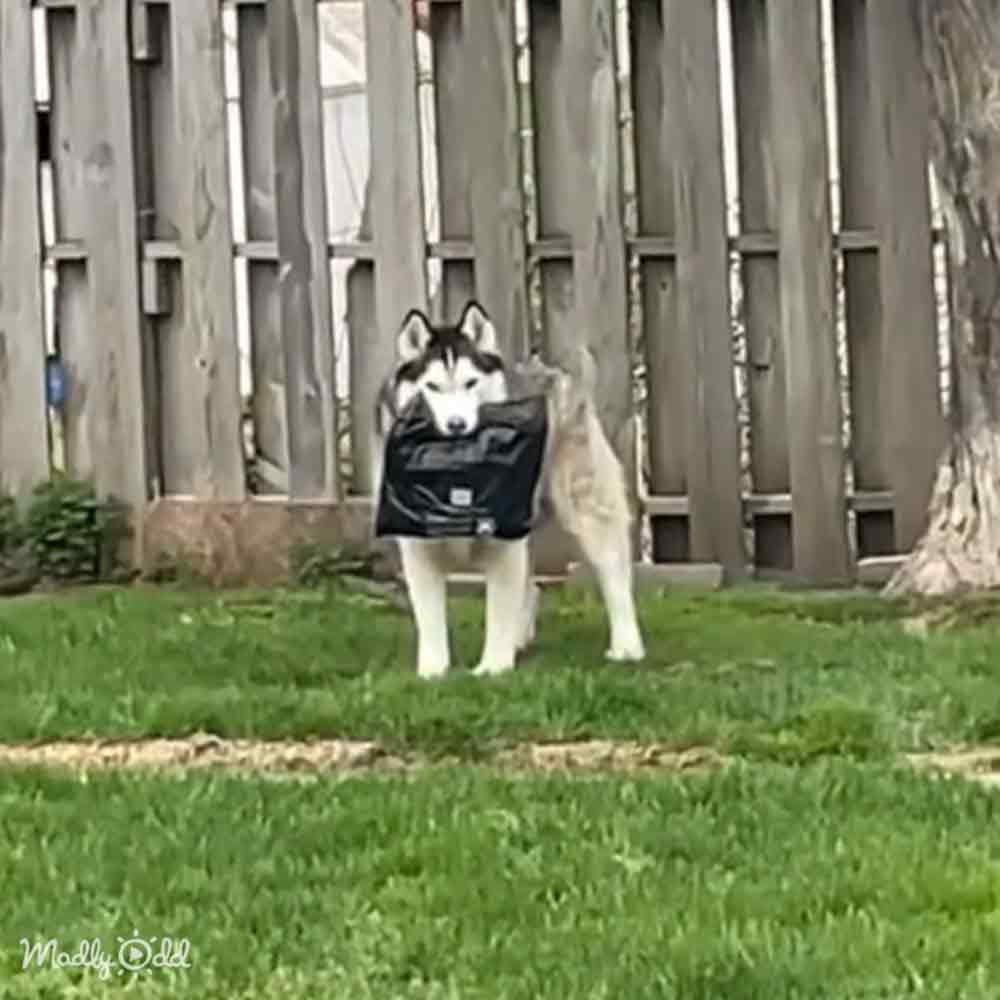 Apparently, the Amazon driver had actually managed to deliver the package, placing it on the front porch of the recipient. Unfortunately for him, he had garnered some unwanted attention from the resident’s fluffy Husky.

Once the dog saw the package, he simply grabbed it and ran away. This is where the video actually begins! We can see the playful Husky standing across the yard. 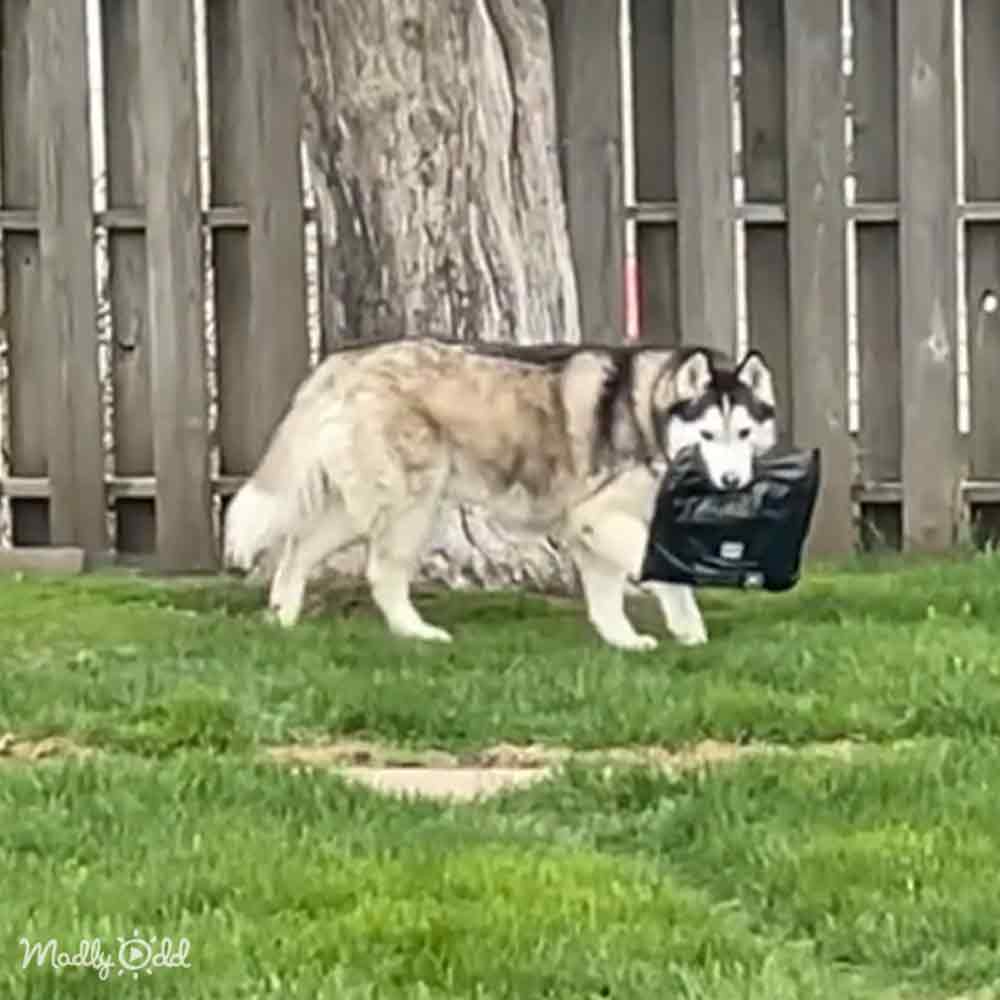 He has the package hanging from his mouth and begins to wander closer. The worker exclaims, “this has never happened,” and is clearly at a loss for what to do.

He tries to convince the dog to bring him back the package, but the Husky can’t be convinced that easily. Instead, he just hightails it back across the yard with the Amazon package! 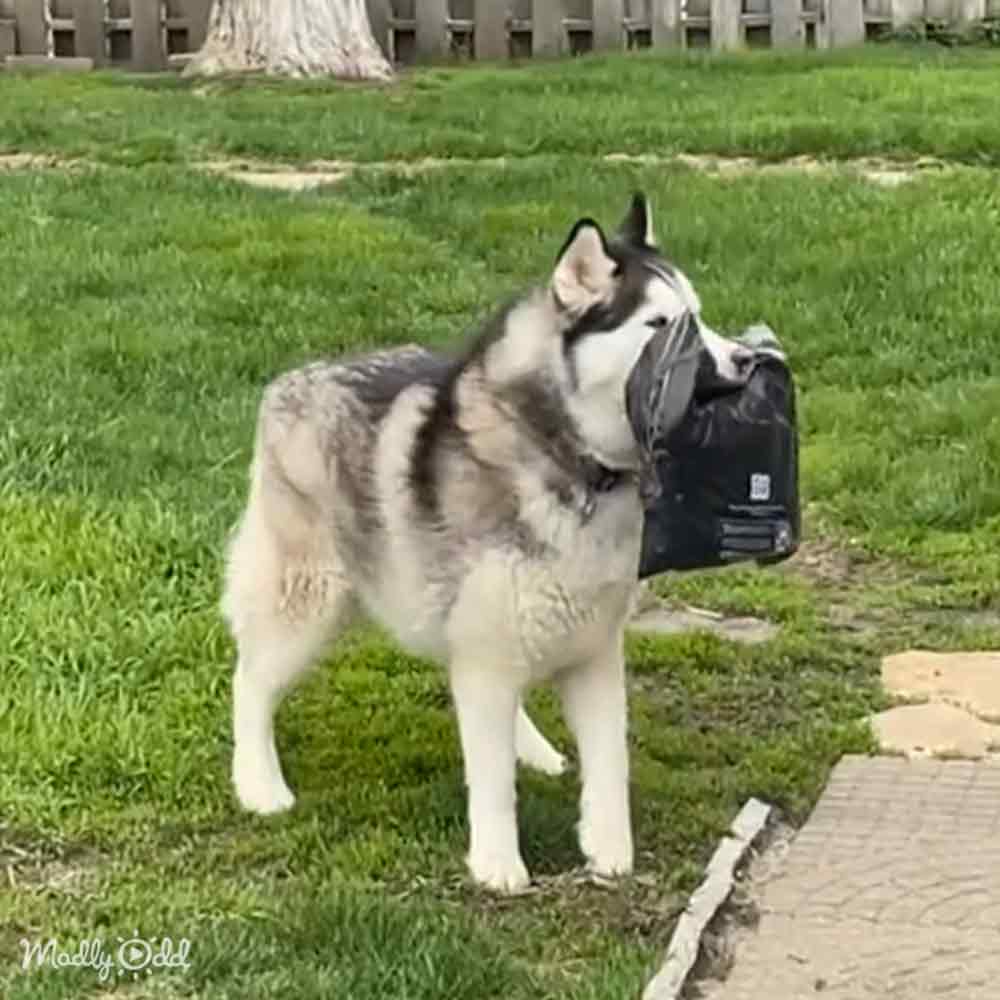 The Husky turns around and stares at the worker while the worker audibly wonders what he’s supposed to do. Should he knock on the door? He’s not quite sure, but by this point, it may already be too late.

“Don’t do it” falls on deaf ears as the Husky begins to rip open the package. Unfortunately, the clip ends there, but one thing is for sure: the recipient certainly didn’t have any unwrapping to do!

Huskies are so dramatic. #husky #dog #puppy #fedex #dogsoftiktok be