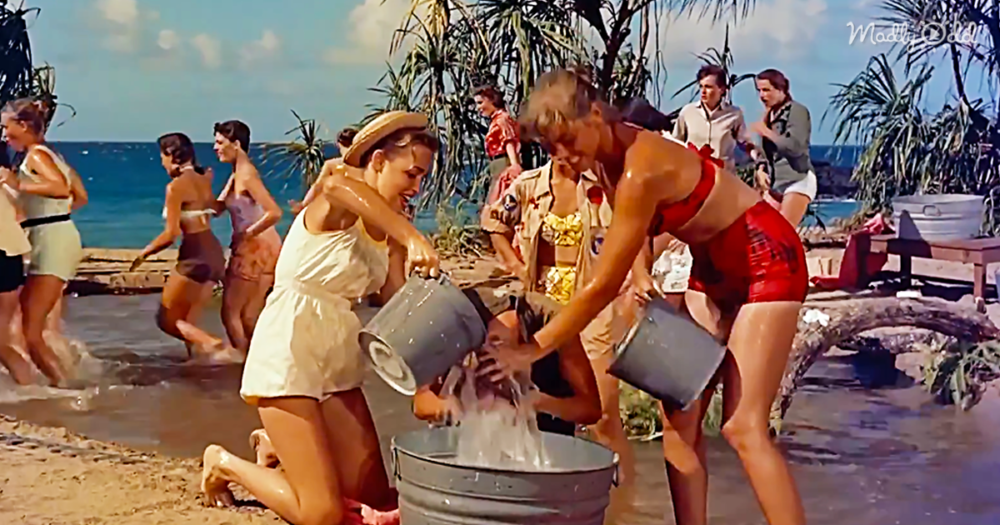 On a South Pacific island during World War II, love blooms between a young nurse and a secretive Frenchman who’s being courted for a dangerous military mission. Inspired by a collection of short stories from World War II, Mitzi Gaynor plays Ensign Nellie Forbush, an American woman who falls in love with a Frenchman, Emile De Becque (Rossano Brazzi) while stationed as a navy nurse in the South Pacific.

Across the island, we see new love take hold in Lt. Joseph Cable (John Kerr) and a Tonkinese woman named Liat (France Nuyen), who were introduced by Liat’s mother Bloody Mary (Juanita Hall), a local island trader. These two couples are constantly put to the test as their cultures clash under the turmoil of World War II. 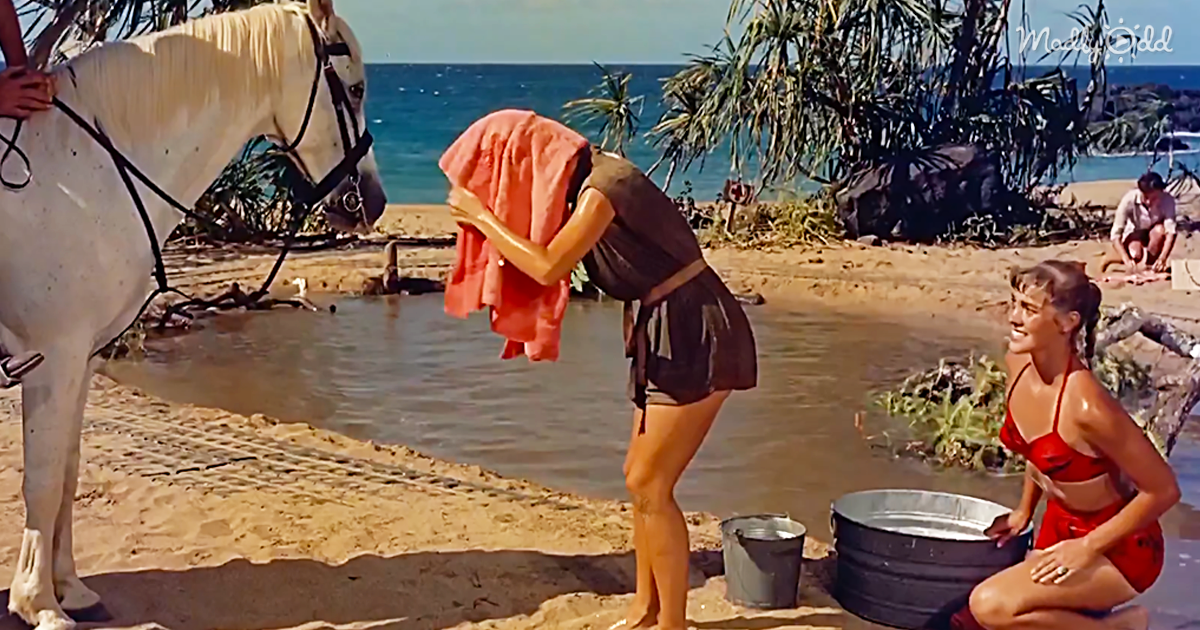 “I’m Gonna Wash That Man Right Outa My Hair” is sung by Nellie Forbush, the female lead, originally played by Mary Martin in the 1949 Broadway production. Her character, fed up with a man (Emile De Becque) and singing energetically in the shower, claims that she will forget about him. I know. Mere words don’t do the song justice. Just watch.

The song was written by Rodgers and Hammerstein in response to Martin’s request. She had starred on Broadway for years, and Martin suggested that she wash her hair on stage during the performance. Don’t miss this clip we have posted for you below; be warned though – you may have this song stuck in your head for a while.