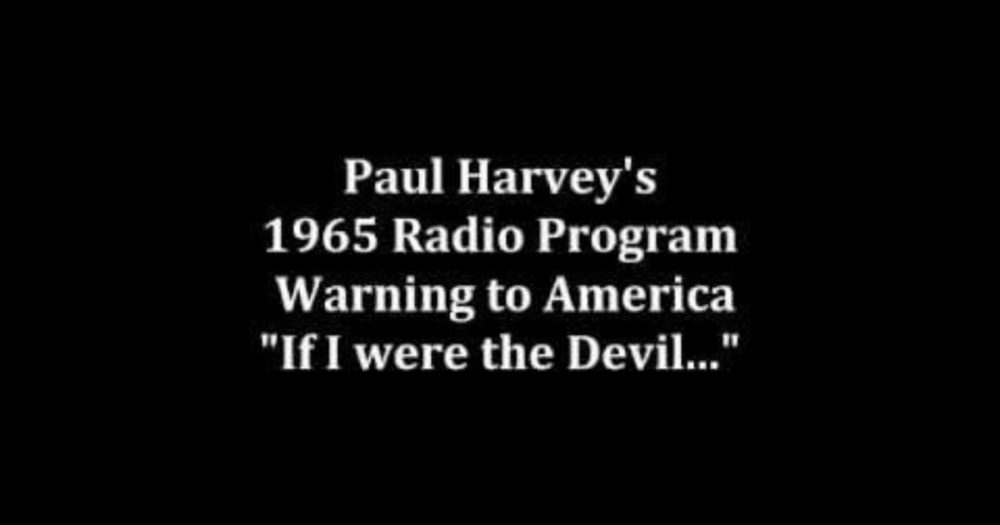 Paul Harvey was one of the most iconic people to have ever lived. From the 1950s through the 1990s, his programs reached nearly 24 million people per week. “Paul Harvey News” was carried on 1,200 radio stations, 400 Armed Forces Network stations, and 300 newspapers. As a radio broadcaster, he was able to inspire and influence many listeners by his powerful voice. He passed away in 2009, but many of his words still ring true to this day. The video below features some of his thoughts that have gone viral on the internet lately.

In 1965, he gave an epic speech titled “If I Were The Devil”. Even though it was broadcasted more than 50 years ago, it’s scary how accurate his predictions and warnings are today. His speech outlined the many warning signs of moral decline in America. And as we can see, almost all of them have come to pass. It is shocking that this is the reality that we are living in now. 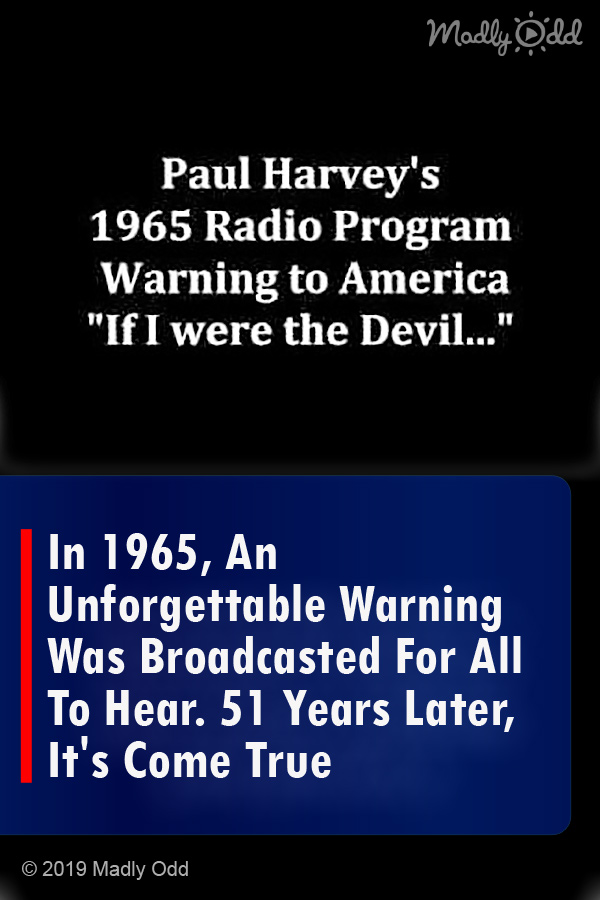