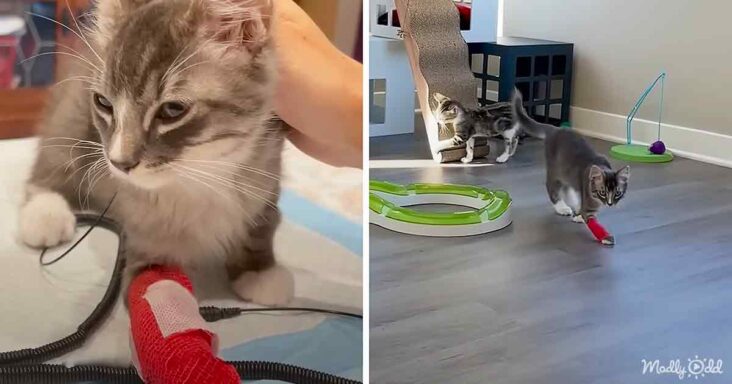 Sebastian, a brave kitten, had come to Vita and her husband as a foster. However, the little one had problems walking. The foster mom knew the little kitty would need their help getting better. 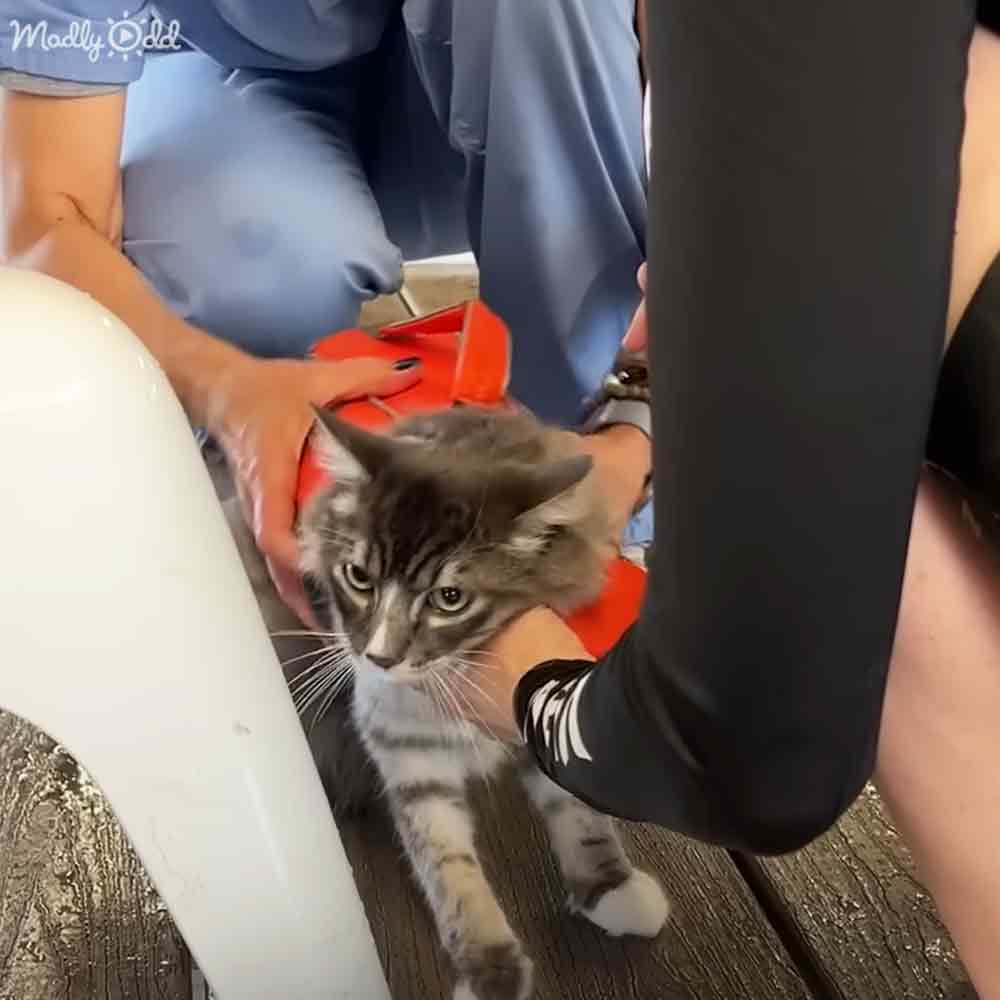 Whenever Sebastian walked, he would start using his wrist as a paw. However, that did not stop the little one from playing with the other foster kittens. Soon, the foster mom decided to start a month of “acuscope therapy.”

The physical therapist tried to fix the paw. However, Vita was worried that the vet might say that Sebastian might lose his leg. So, he was given braces to wear at home. So, the mom was busy keeping his joint mobile. 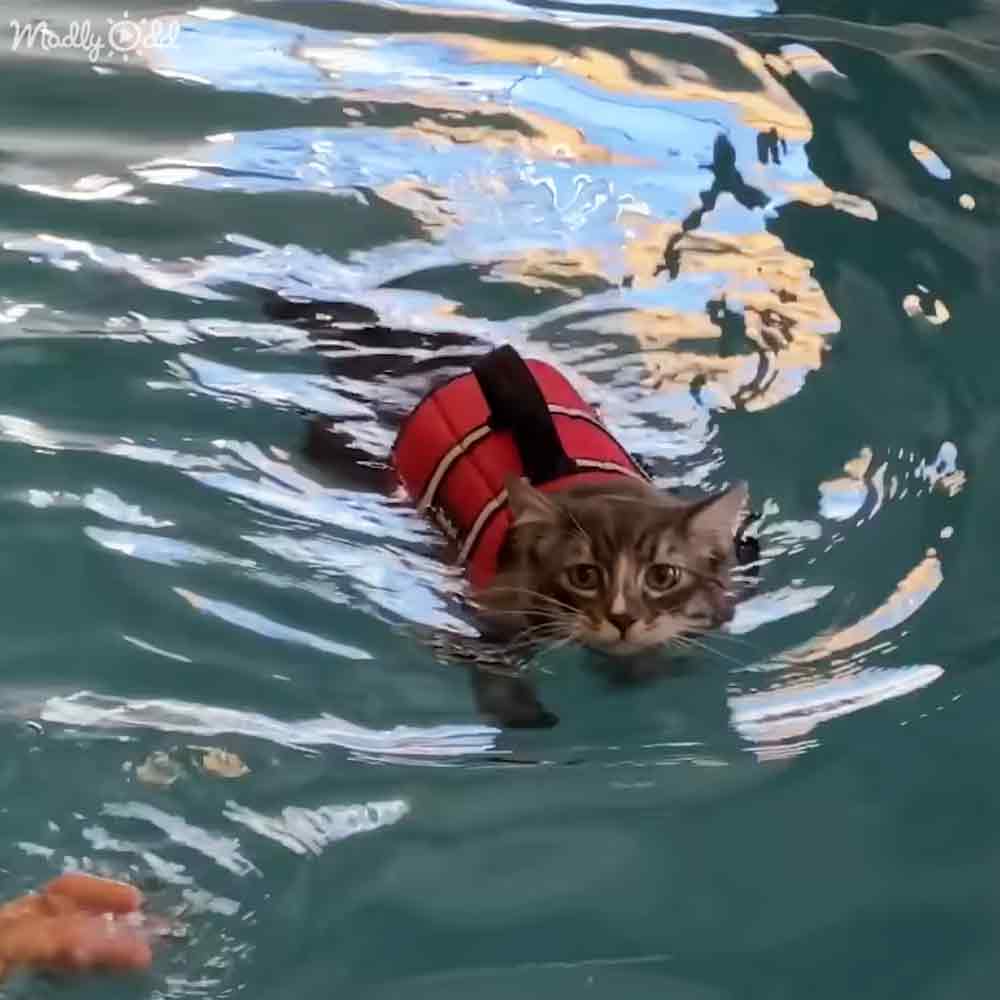 After a few days, the physical therapist informed Vita that he believed Sebastian would keep his leg. So they made him custom-made boots so that he could retain his brain and his muscles.

The bootie, combined with physical therapy, really helped the kitten. Soon, Sebastian started to get better after a month. Then, one day, when Vita removed the boots, he kept walking straight. The couple was delighted to find their kitten was doing better. 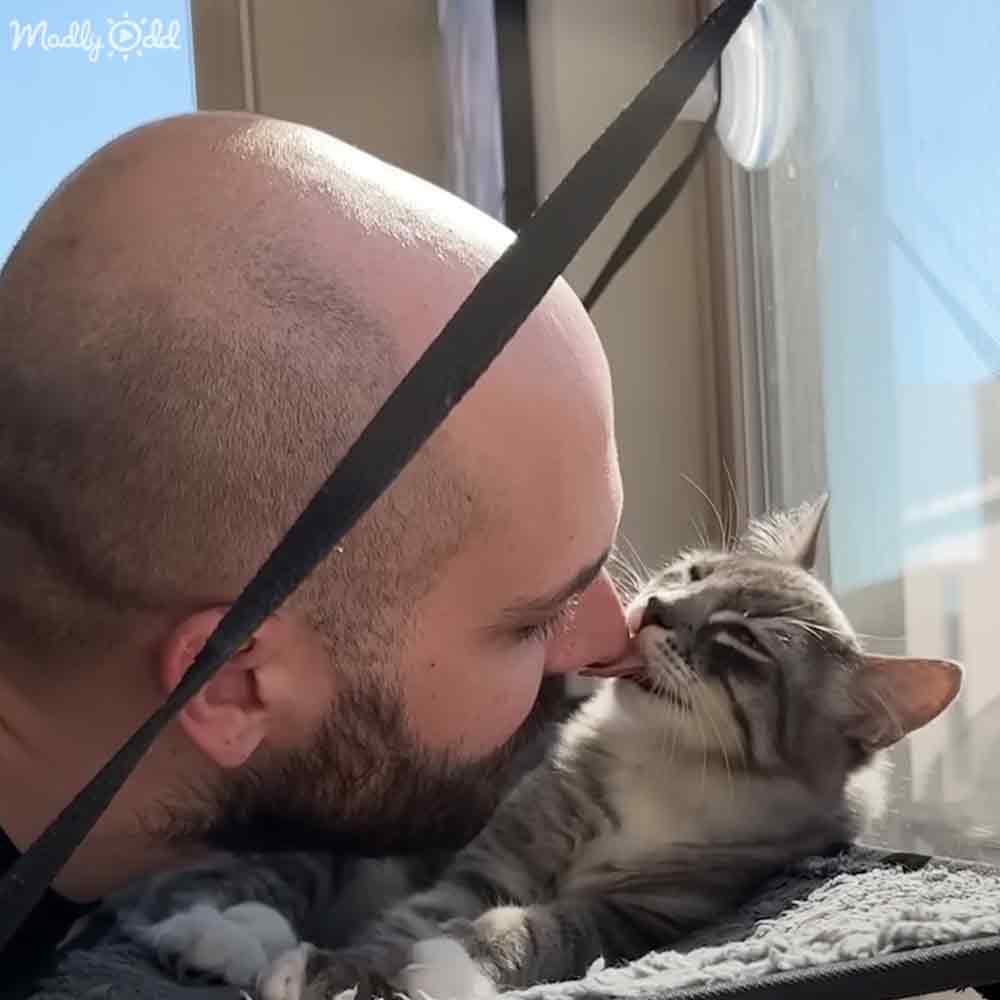 However, Vita did not stop there. She started water sessions in the pool for the kitten, and Sebastian took his time getting used to the water therapy. It felt as if he enjoyed the session.

Sebastian always wore a life jacket during his month-long water sessions in the pool. Soon, the staff decided to remove the jacket. Sebastian swam confidently and officially graduated from physical therapy. It took about 7 months for him to walk consistently. However, Vita believed that Sebastian was perfect even when he was imperfect. 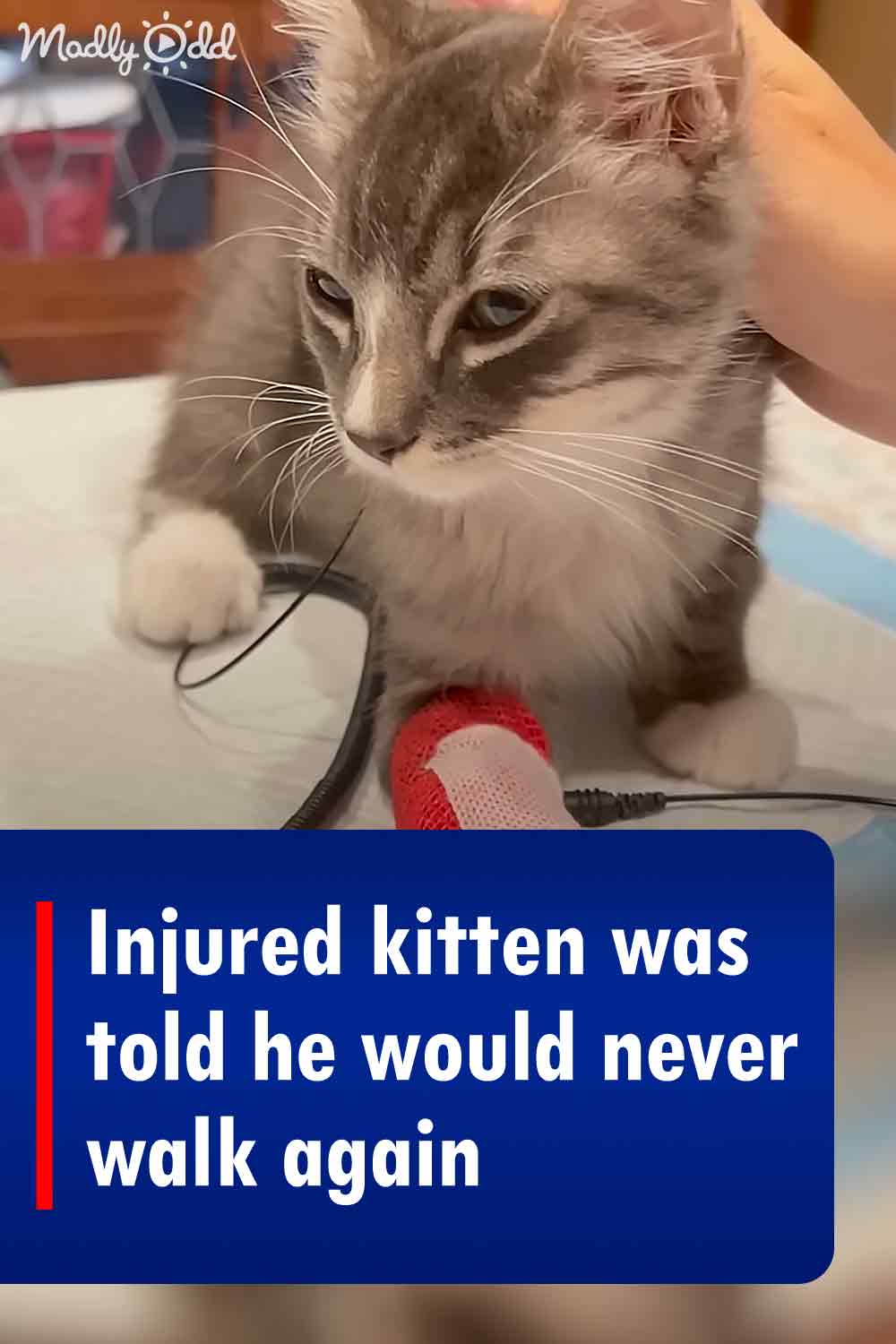