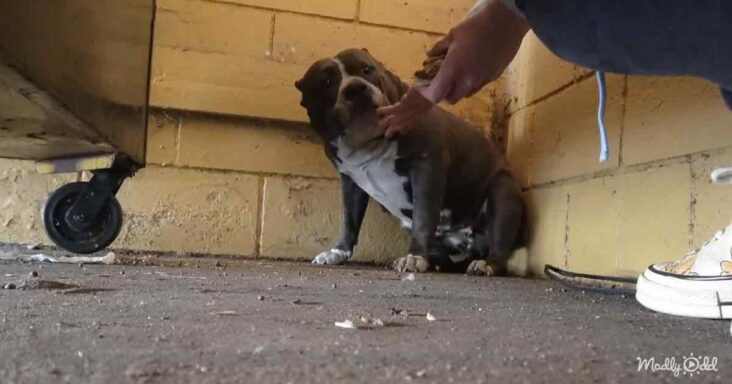 Recently, Hope for Paws, a dog rescue organization, received an email informing them about a Pitbull abandoned outside a fast food restaurant. Alex Babcock and Joann Wiltz immediately decided to help rescue the dog. 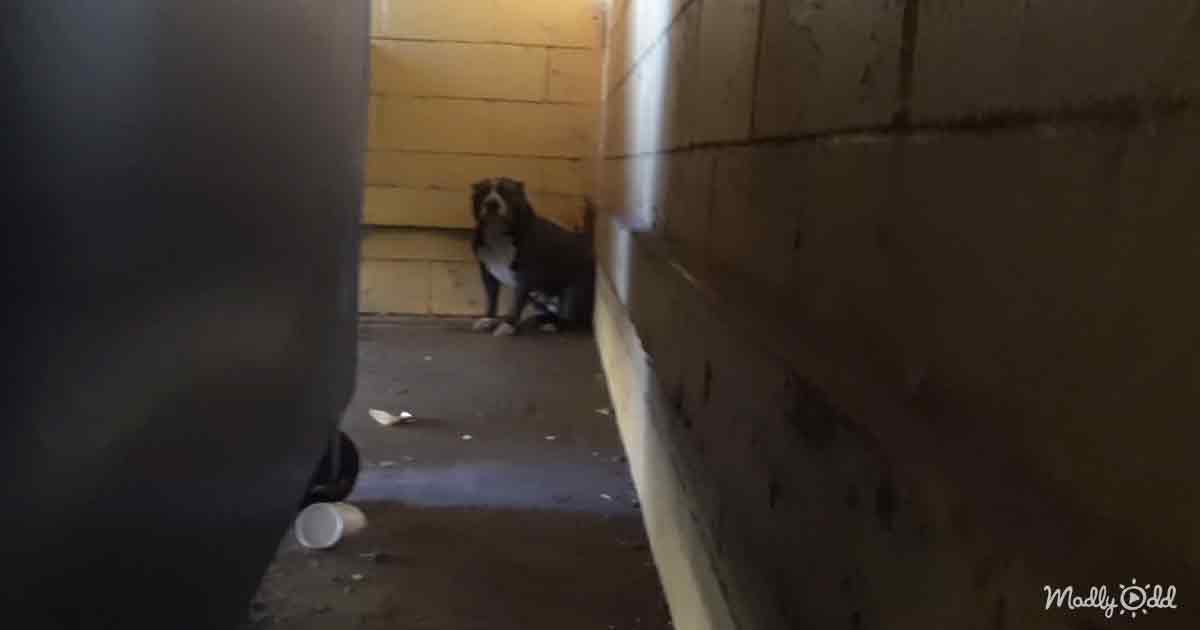 They drove to the restaurant to save the abandoned dog. The poor animal had taken refuge in a trash room behind a dumpster. However, when the duo arrived at the scene, they saw a trash truck coming soon after.

Thus, Alex and Joann had to work fast and rescue the dog so the truck could pick up the trash. The rescuers went straight into the dumpster shed with a dog-catching device. They had to go deep inside the shed to find the dog sitting alone in one corner. 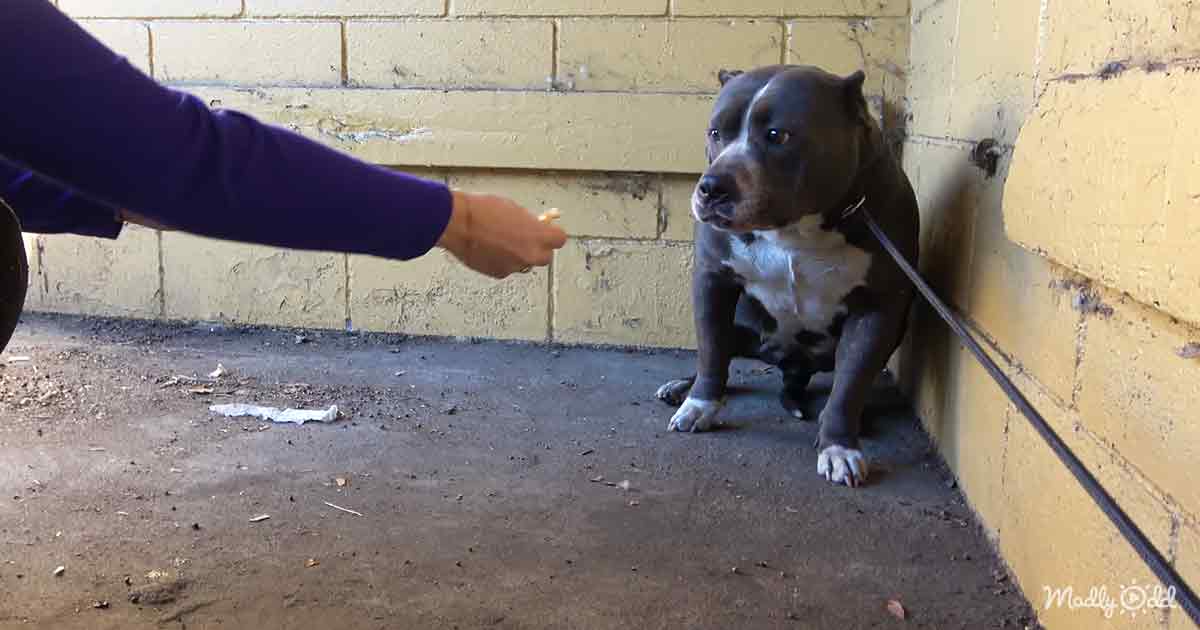 The rescuers tried to encourage the dog to come to them with food. When the Pitbull saw that the rescuers were indeed friendly and were giving her food, she started wagging her tail in happiness.

After a few more attempts, the rescuers finally managed to put the dog catcher around the dog. The rescue mission reminded the rescuers of Buddha, another Pitbull they had recently rescued. They let the trash truck driver know that they had the dog under control so that he could collect the dumpster. As the truck emptied the contents of the dumpster inside, the Pitbull pulled the rescuers behind a second dumpster. 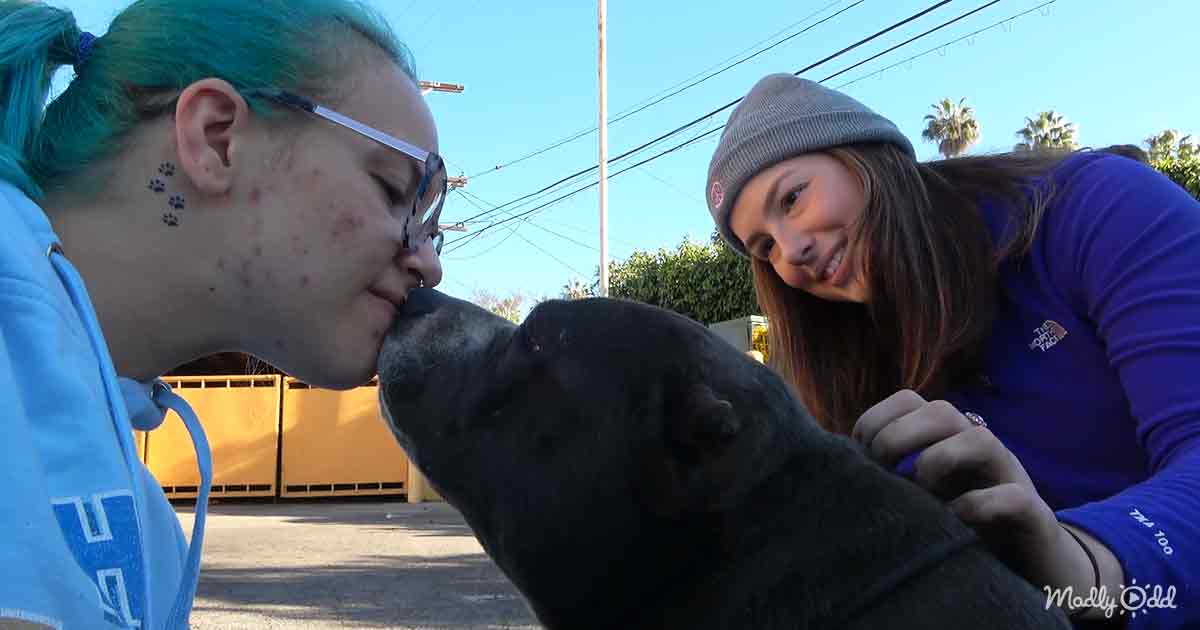 However, after a while, they managed to get the dog out of the dumpster shed and into their car. They took the Pitbull to Hope for Paws and named her Kisses. True to her name, Kisses couldn’t stop herself from kissing her rescuers.

They gave the Pitbull an excellent bath to clean her soot-filled coat. Kisses soon forgot about her earlier woes and got friendly with the other dogs at the rescue center. She got some toys to play with her new dog siblings.