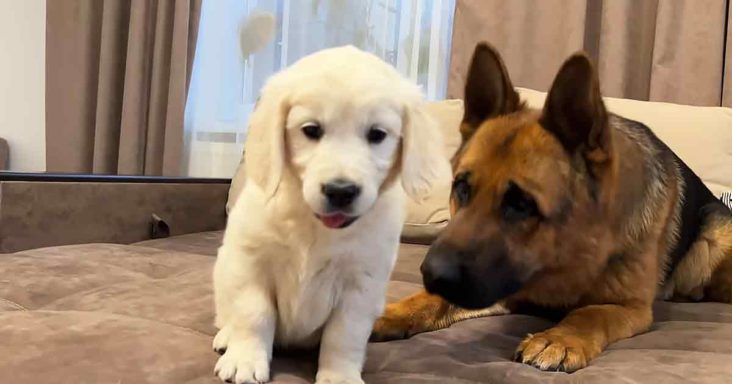 Rocky, a German Shepherd, lived in the U.S with his owners. He was a fantastic 2-year-old dog, very caring and gentle to his other animal siblings. Recently, his owners had adopted another puppy, Mia. 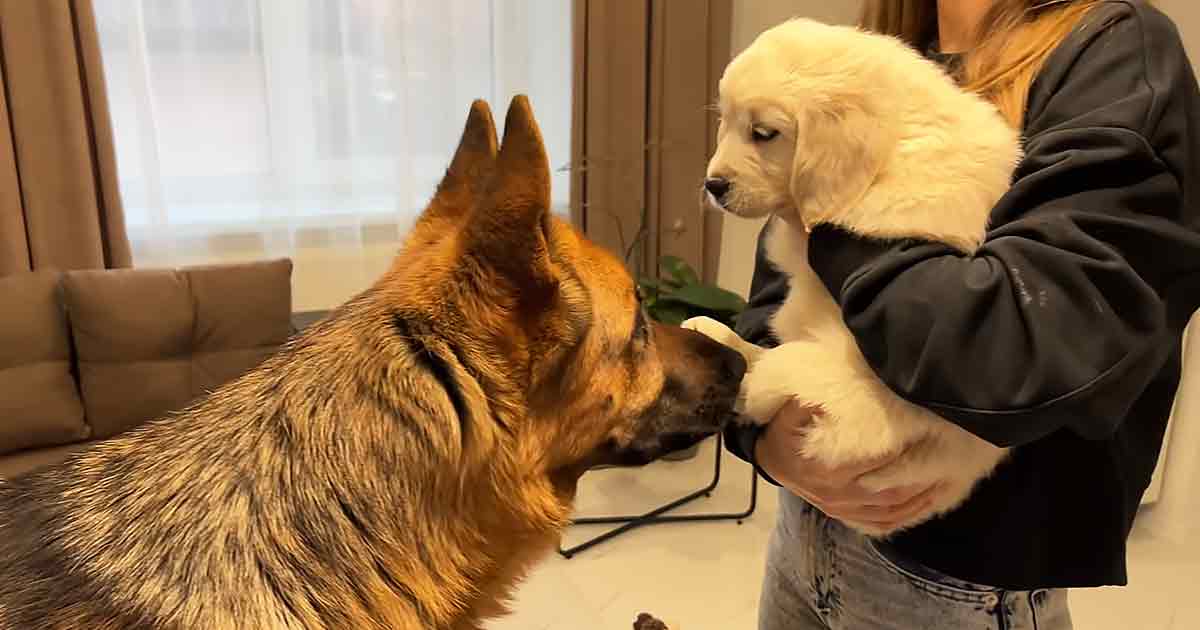 When Rocky saw Mia for the first time, he was super curious about her. Their mom had carefully introduced the little one to the massive German Shepherd. She held Mia in her arms and walked closer to Rocky.

As soon as the German Shepherd saw the Golden Retriever puppy, he climbed on the couch and sniffed the whole body of the little one. It felt as if the dog was inspecting a possible suspect for a crime she had committed. 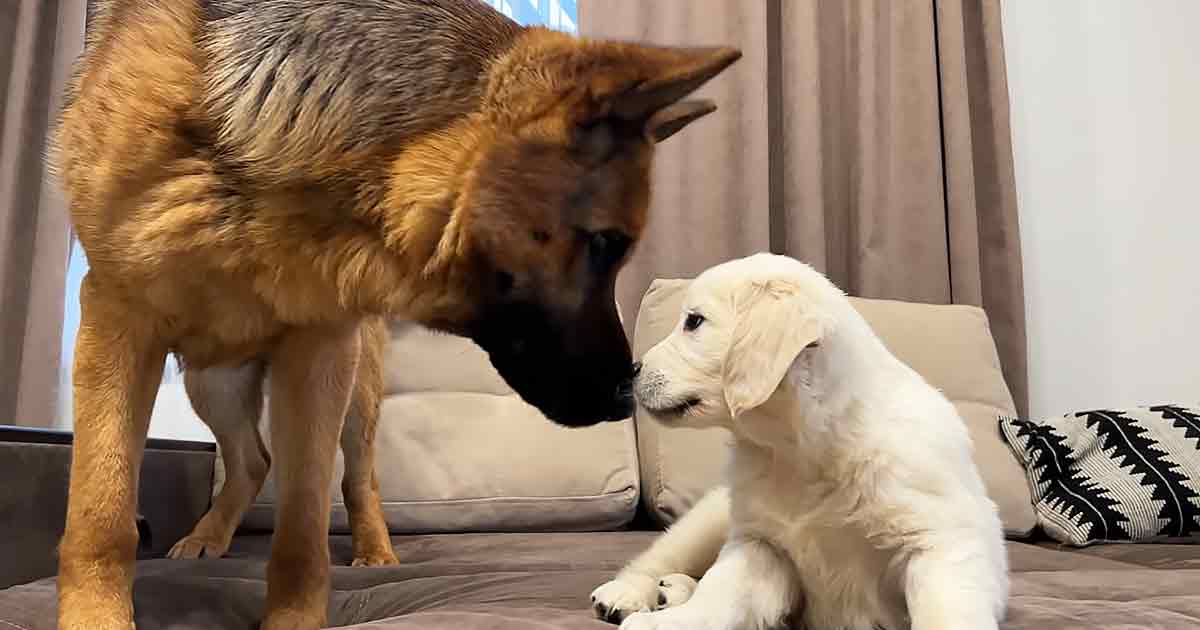 The handsome giant dog looked very happy to find another friend. He wanted to know everything about the little Golden Retriever puppy. So, he continued sniffing Mia, making her a bit uncomfortable.

The poor puppy ran to her mom and asked her to carry her. However, Rocky still would not stop sniffing. He was curious about the little white puppy jumping around and barking. 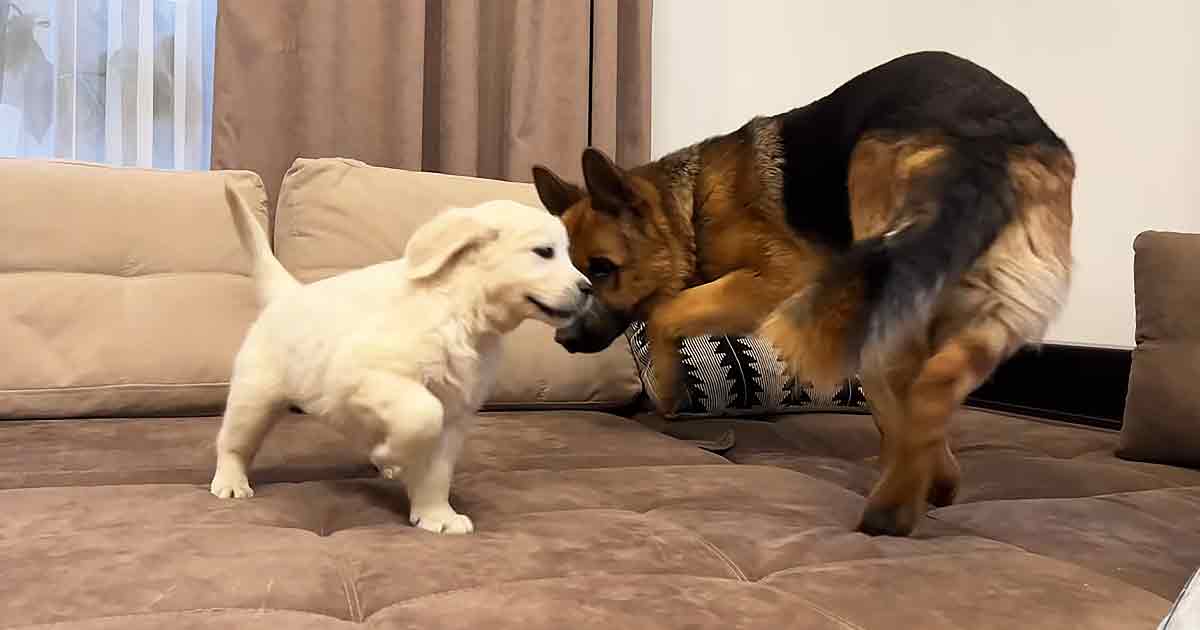 Soon, the Golden Retriever puppy became a bit familiar with the giant dog’s annoying behavior and did not mind the sniffing. After a few minutes, Mia went close to him and rested.

Rocky kept staring at the little puppy, and soon both of them became friends. Mia was now in a playful mood and tried to tease the gentle dog with her front paws. Rocky was very patient and gentle with the little Mia and allowed her to play.