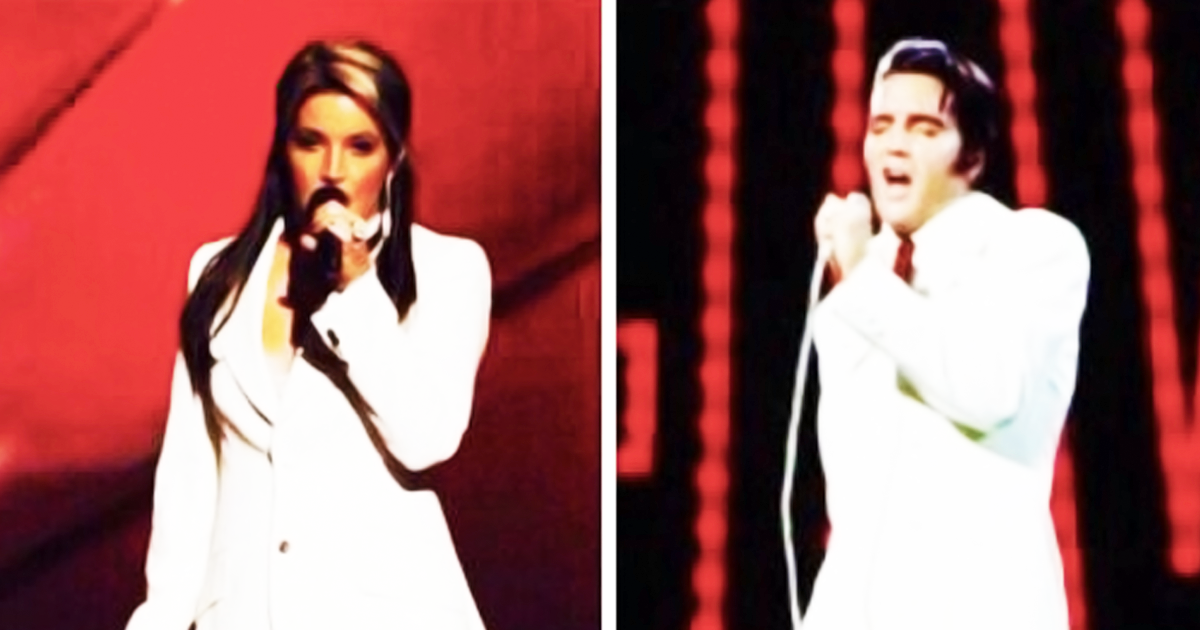 The King of Rock n Roll doesn’t need an introduction. There’s good reason behind Elvis Presley’s position as one of pop culture’s biggest icons. His charm, good looks, and alluring moves captured the hearts of everyone, allowing him to become a total sensation. He not only had a great impact on music, but on style and fashion as well. Despite his passing, his work lives on and continues to influence people to this day.

With a personal life that never failed to fascinate people, everyone knew just how much love he had for his daughter, Lisa Marie. He even declared his love by naming a jet after her! As you can imagine, his death left a huge gap in Lisa Marie’s heart, and she followed in her father’s footsteps as she grew older. Just like The King, she has quite an amazing voice, and it’s allowed her to venture into the world of music herself.

In this video, the father and daughter duo perform “Don’t Cry Daddy.” Written by Mac Davis, the song was originally performed by Elvis in 1969, reaching number six on the charts. Lisa Marie created this video, which made it appear as though she was performing a duet with her late father. She released the footage on August 16, 1997 on the 20th anniversary of Elvis’ death. Talk about an emotional journey!

The emotions pour right out of Lisa Marie when she sings. You can feel the love she has for her father just by listening to her!

She really did embrace her natural gift to create something magical. Elvis’ voice never fails to send shivers throughout your body, no matter how many years have passed since he left us. 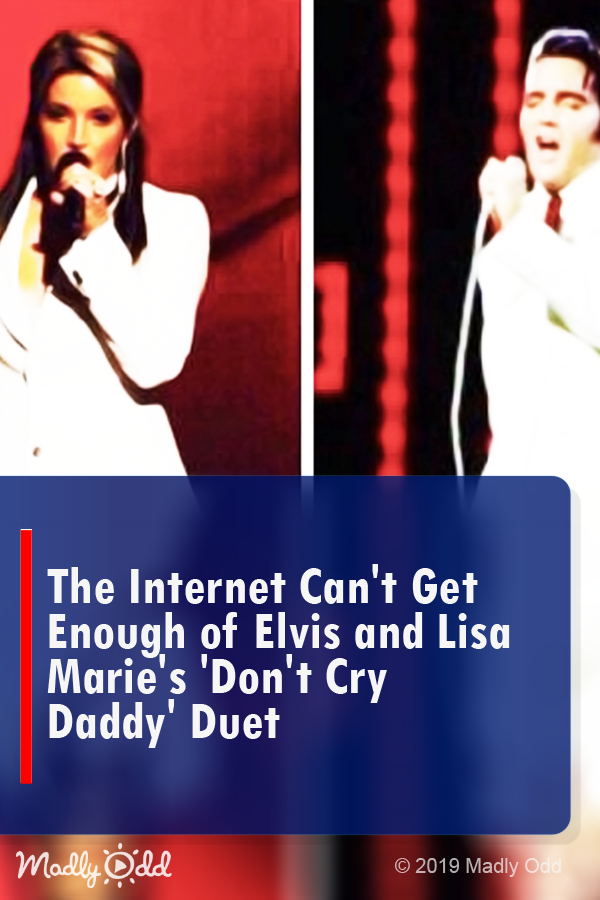