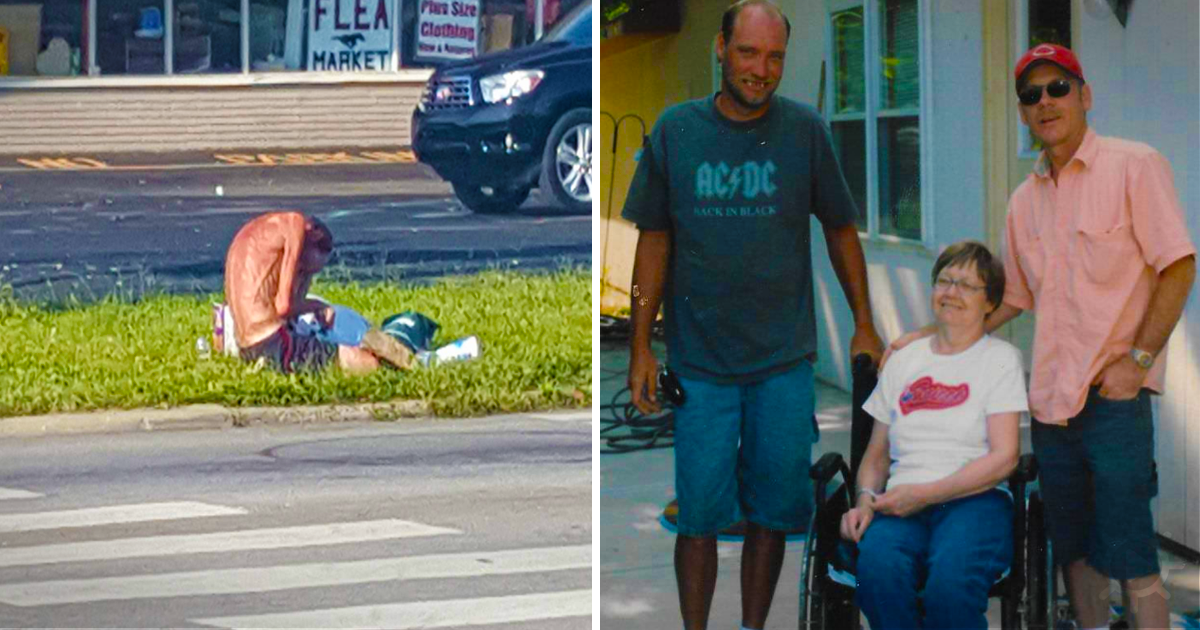 It’s a terrible thing to see vulnerable people out on the streets reduced to begging for spare change in the hope of being able to get a bite to eat. Some people help by giving money directly to a homeless person, or to an organization dedicated to helping, or by doing volunteer work. But there are many people who find it easier to simply look the other way.

Johnny Servantez was one of those who look the other way. But that was before he saw Johnny Rhodes sitting on a grassy median strip near an Indianapolis flea market. Rhodes looked like he was in really bad shape, maybe even on the brink of starvation, not merely skinny or malnourished. As Servantes recalled, “I had to give this poor guy some money. I never give panhandlers money… This guy’s stomach was hitting his back and ribs popping out.”

Servantez snapped a picture of Rhodes and posted it on social media, encouraging anyone in the area to help the guy out with some food or money if they saw him. Quite a few people saw the post, including — incredibly — the homeless man’s brother Danny. He hadn’t seen his brother in more than seven years, and as he told a local TV news reporter, “I’m so sick to my stomach right now. I can’t function to know someone is living this way and looks this bad.”

When they went to find Johnny Rhodes, there was no sign of him at his usual haunt. A family friend, Amy Renae Smith, created a page on-line where people could share information about his whereabouts. Eventually, they tracked him down and the brothers were reunited. Smith told reporters, “He had two meals, a shower, a pair of clean clothes, a room to himself with quiet, a king size bed, TV, fridge, a microwave, Pepsi, and leftovers. He is safe and resting.”