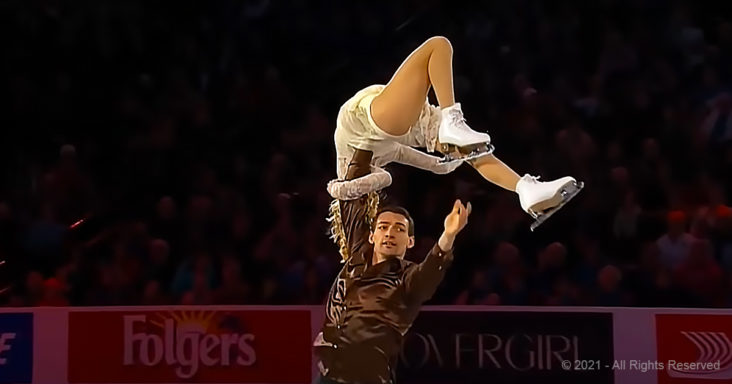 Whether it’s solo or couples, ice skating is so fun to watch. Especially when this married couple puts on a show that you’ll watch over and over again.

Since 2012, Alexa and Chris paired up to become skating partners. But that relationship became more than that.

They soon became a married couple and they continue to travel the world to perform for fans everywhere. There is no denying the chemistry between these two.

In one of their recent performances, they performed to the tune of ‘My Heart Will Go On’ from the movie ‘Titanic’. When the song plays, these two move together like painters on a canvas.

The performance captured on video has already gained 4 million views (and counting). If there are pair skaters looking for inspiration, they’ll find it in these two.

This is a performance that will live on in the memories of skating fans forever. They could do this a hundred more times if they want to.