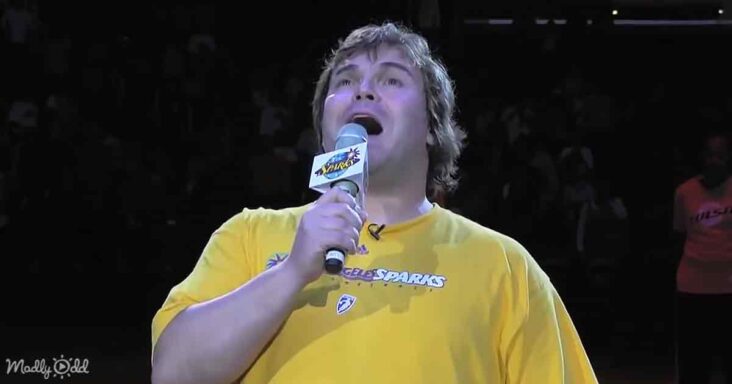 Over the years, there have been many incredible performances of America’s National Anthem. Most have occurred at the beginning of major sporting events. Some versions are famous for their skill and delivery, and some are famous for being horrendous! 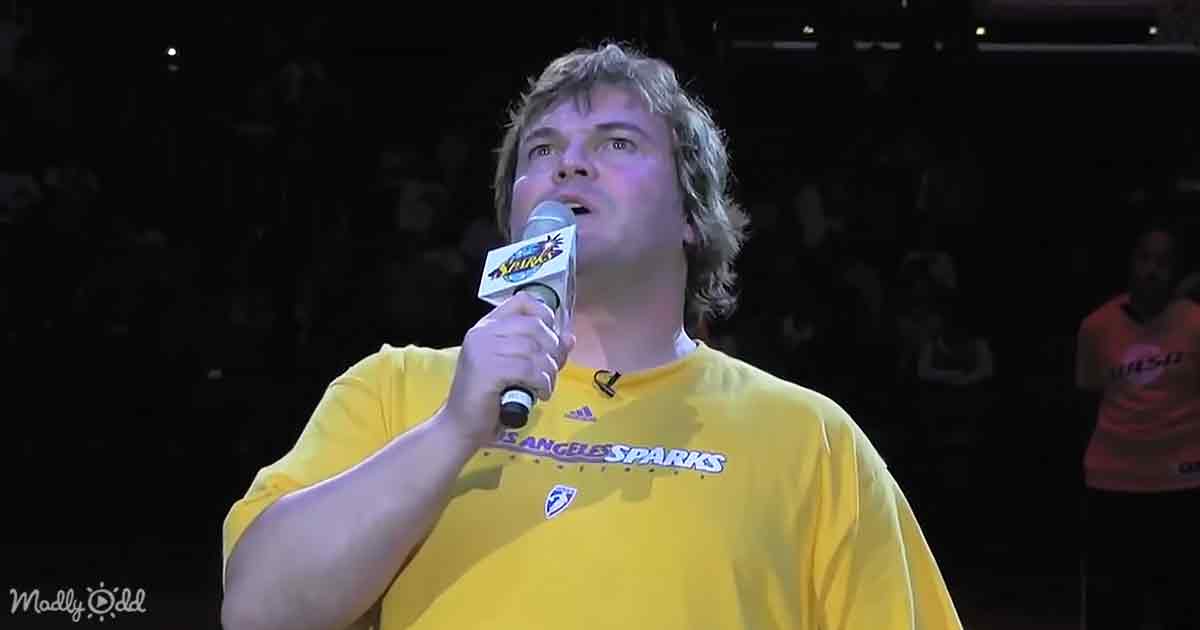 Comedian, actor, and musician Jack Black performs his best anthem performance as he stands in the middle of the court at the silenced dark arena of the ‘L.A. Sparks’ WNBA team.

He sings while looking up at the crowd the entire time. After almost every line, the audience cheers him with a loud ‘Whoo!’ It becomes almost like a call and response, with the crowd echoing Jack’s every phrase. 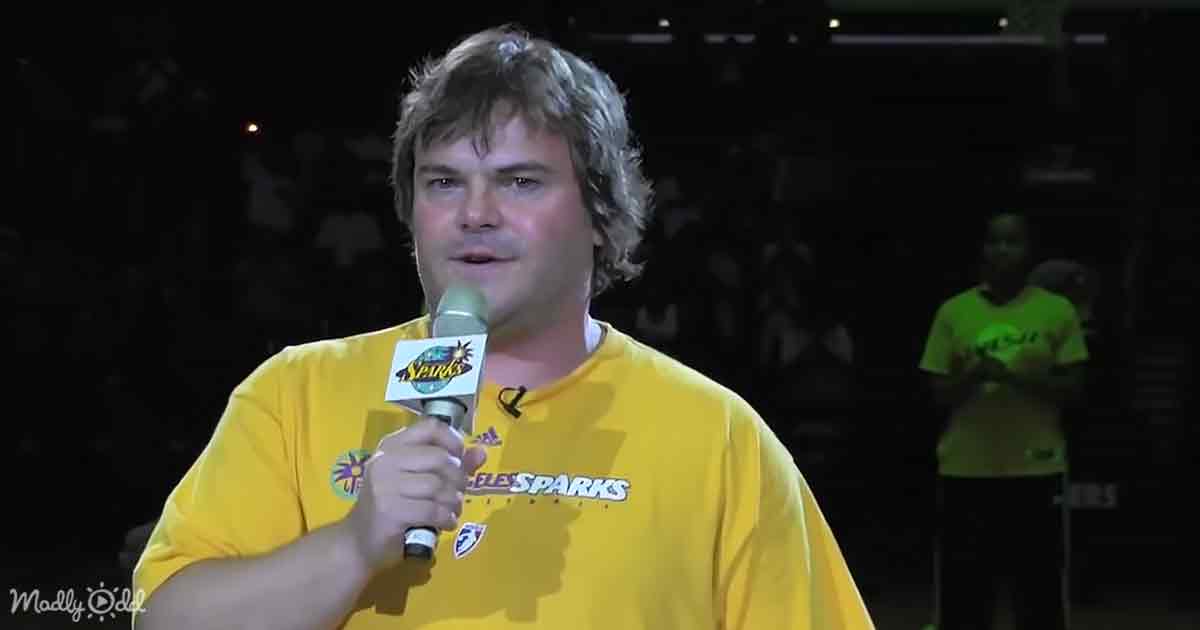 He doesn’t move a muscle or attempt comedy and sings the anthem with power and perfection. Jack performs wearing an ‘L.A. Sparks’ t-shirt and holds a microphone to his mouth. He gives a bit of a rock-voice twist to the end in a few phrases, often heard when his own metal band ‘Tenacious D’ performs.

In the end, he gets enormous applause and holds the microphone up like a trophy while nodding his head and acknowledging the audience. The entire performance is done with reverence and vocal perfection. Jack never makes light of the moment or the song. 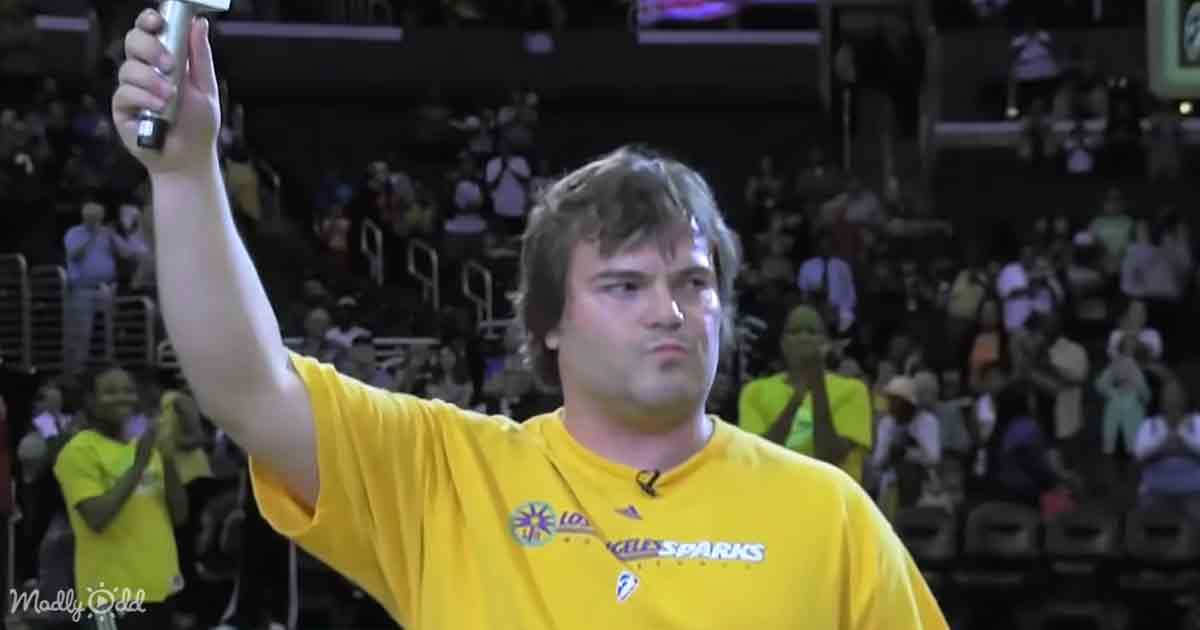 Jack Black is no stranger to singing. Although he is known for acting in hit films like ‘Jumanji,’ ‘School of Rock,’ and ‘Shallow Hal,’ Black has also formed a career as a rockstar. His band ‘Tenacious D’ has won a Grammy for comedy rock duo.

The band has released four albums together and a movie titled ‘Tenacious D in The Pick of Destiny.’ Jack Black is a multi-talented performer who is recognized all over the world for his comedy and musical abilities. While he usually plays for jokes, this performance of the National Anthem is powerful and inspiring. 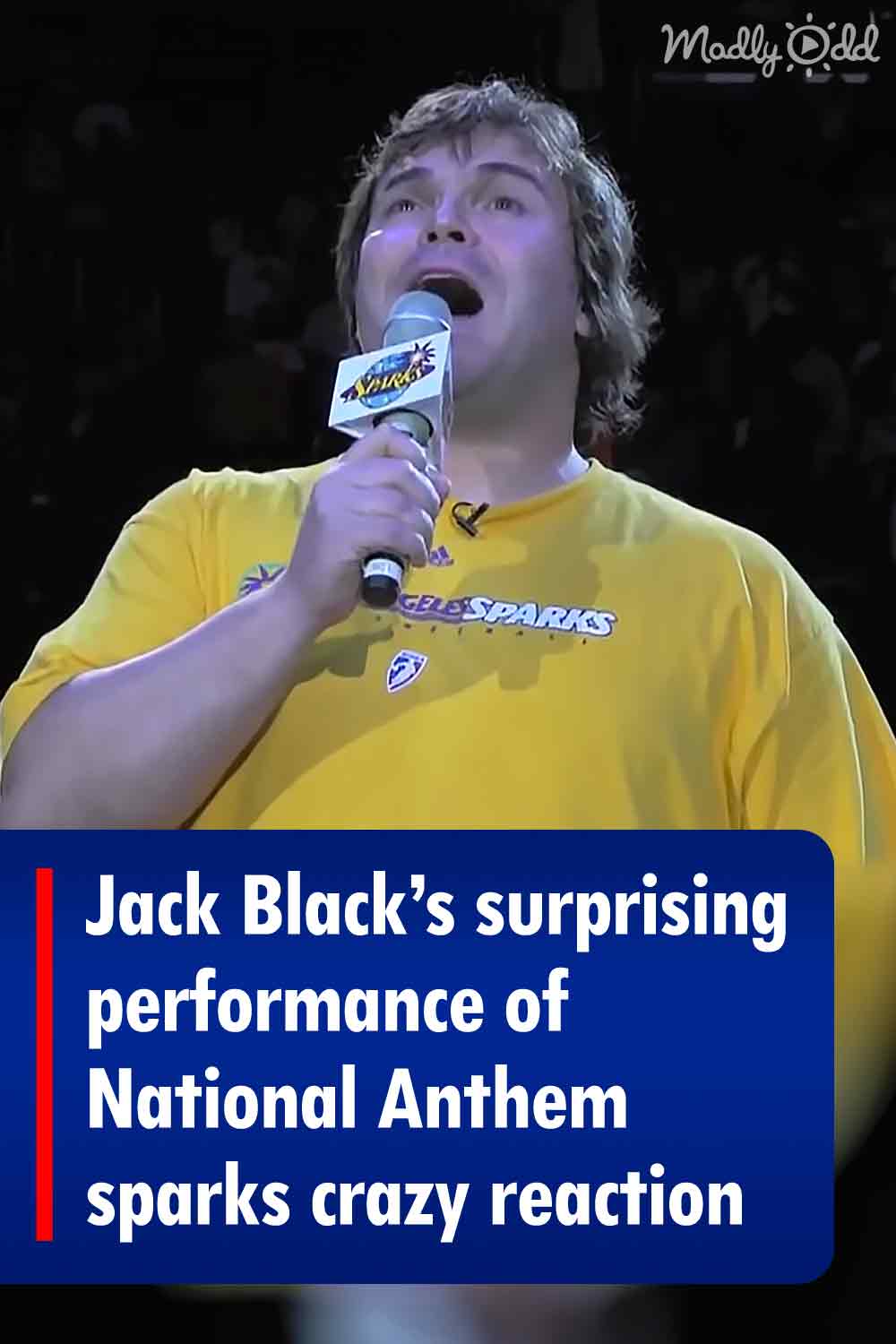