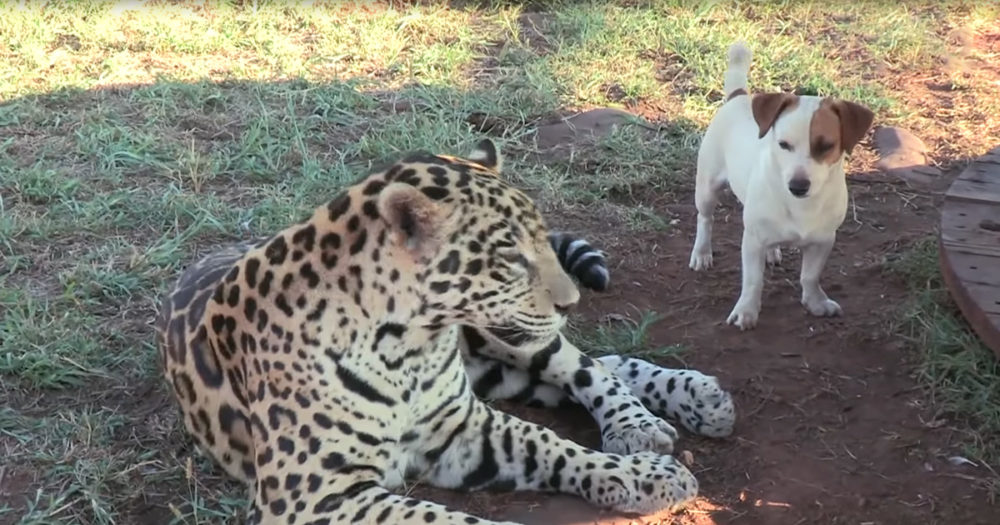 Wild animals like tigers, foxes, and jaguars are majestic and unpredictable. They’re known for having impeccable hunting skills and being a threat to our favorite four-legged pals. Thankfully, dogs have a way of charming other animals.

Bullet is a Jack Russell that moved into the Akwaaba Lodge in South Africa. There, he met a friendly jaguar, and the two quickly became best friends. Now, Bullet and his feline pal are practically inseparable.

The two cuties do everything together, including nap, play, and even share meals. It’s a rare sight to see two animals like this sharing space, let alone having a close relationship with each other. A lot of the credit is due to the pals meeting when Jag, the jaguar was so young.

If napping and playing together wasn’t enough, the two showcase that love has no bounds, even in the animal kingdom. Both animals are more intelligent than we give them credit for, and we hope that Bullet and Jag have a lifelong friendship. 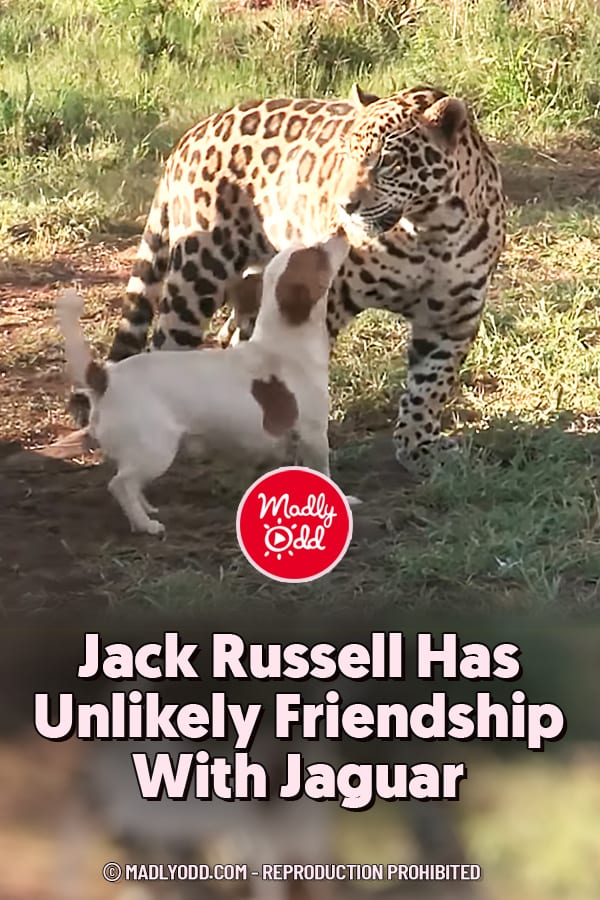