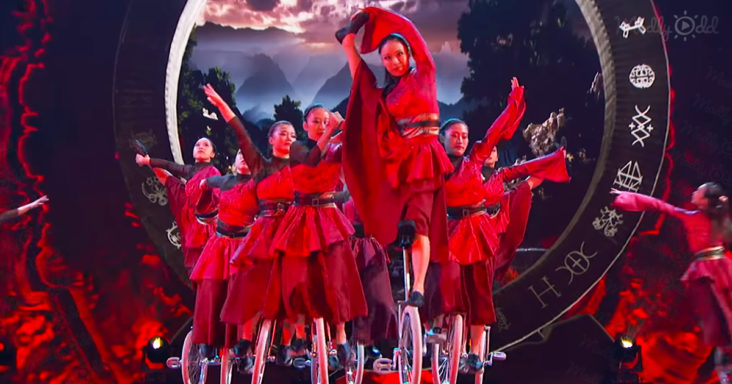 12 uni-cyclers took to the stage of America’s Got Talent to show their astonishing talent. Their group is known as UniCircle Flow, and each one of them has a great mastery of riding the tricky vehicle.

Their performance started off with dramatic lights shining down on them from high up above. A woman on center stage looked at the audience with determination in her eyes. Behind her, the background was red.

Other uni-cyclers came out from opposite sides of the stage, and they surrounded the woman in the center. All of them moved in a circular pattern while doing choreography with their hands. 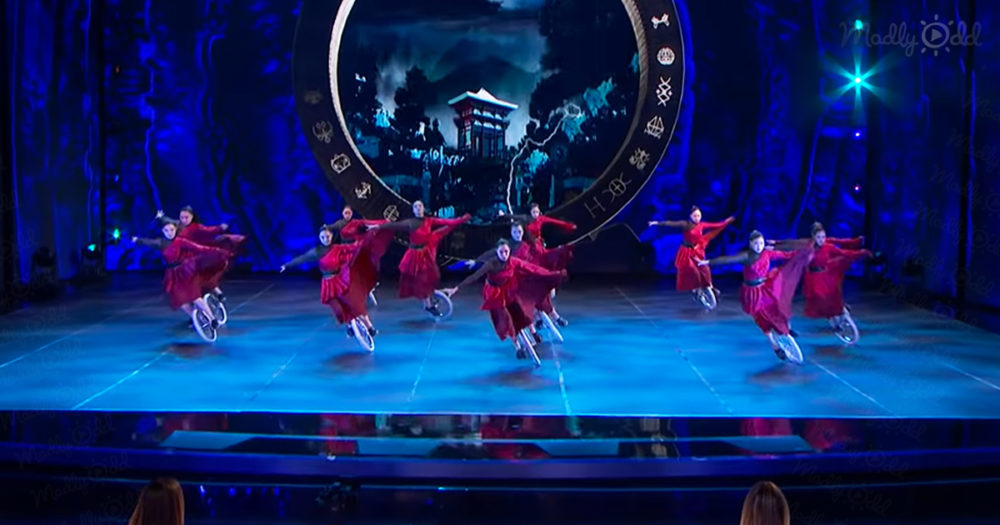 Each of them wore red dresses that matched the background of their performance. They started pairing up with one another and cycling together. In their pairs, they would hold hands and spin together.

Then they gravitated towards the center and cycled while holding hands. Twirling and spinning on the unicycle is no easy feat, but they made it look effortless. Afterward, they formed a line while still holding hands.

While in this line, they weaved through one another. It was a sensational sight. Every now and then, the uni-cyclists showed fabulous flourishes such as holding one leg up in the air or jumping with the unicycle.

Near the end of the performance, the music became even more intense, and they all spun faster and faster in place. They got off their unicycles and twirled on their feet, and they finished facing the audience.