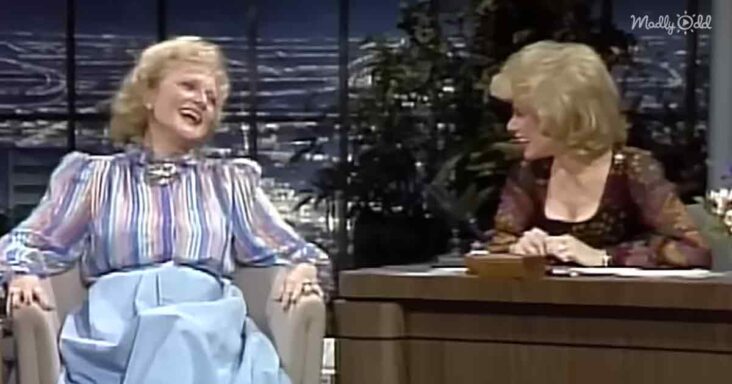 Joan Rivers was filling in as a guest host on ‘The Tonight Show’ starring Johnny Carson. She introduces Betty White as a ‘Genuinely funny and vicious lady!’ Betty walks out, sits down, and says, ‘I would love to say you look lovely but…,’ and the crowd laughs. 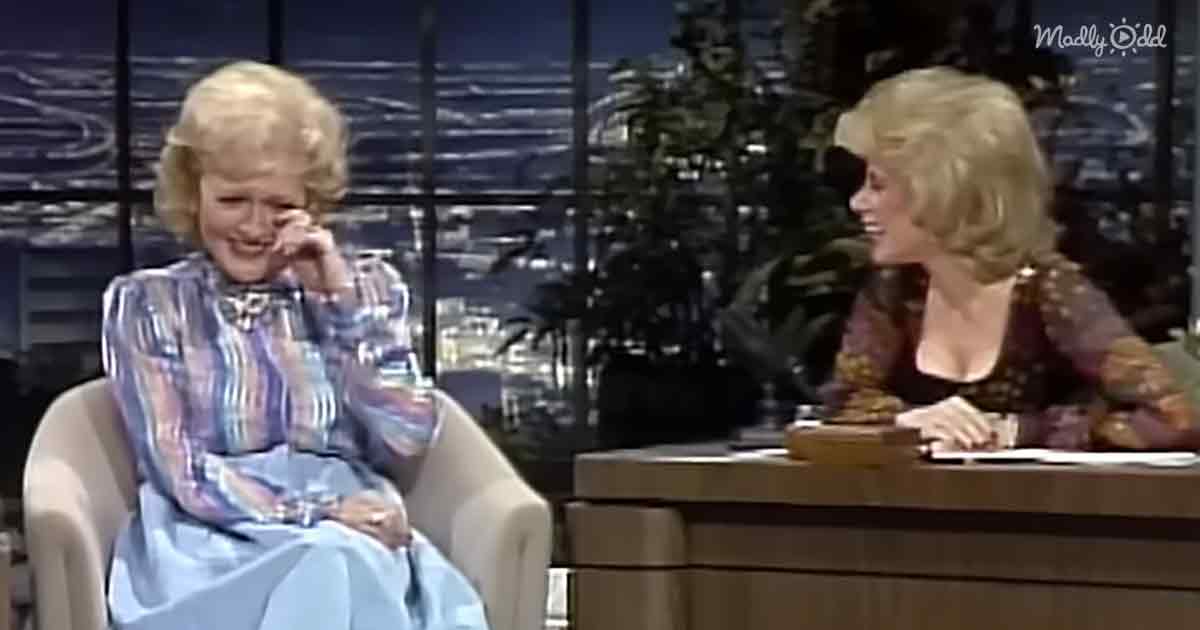 Joan and Betty go back and forth, trading barbs with one another. Betty says she has been without power for a few days, and she said someone probably pulled her plug.

The audience loves it. ‘You never realize how much stuff you do electrically.’ The crowd laughs and ‘oohs.’ Betty shouts hysterically, ‘I’m so lonely.’ She really knew how to work the room, and her comedic timing was second to none. 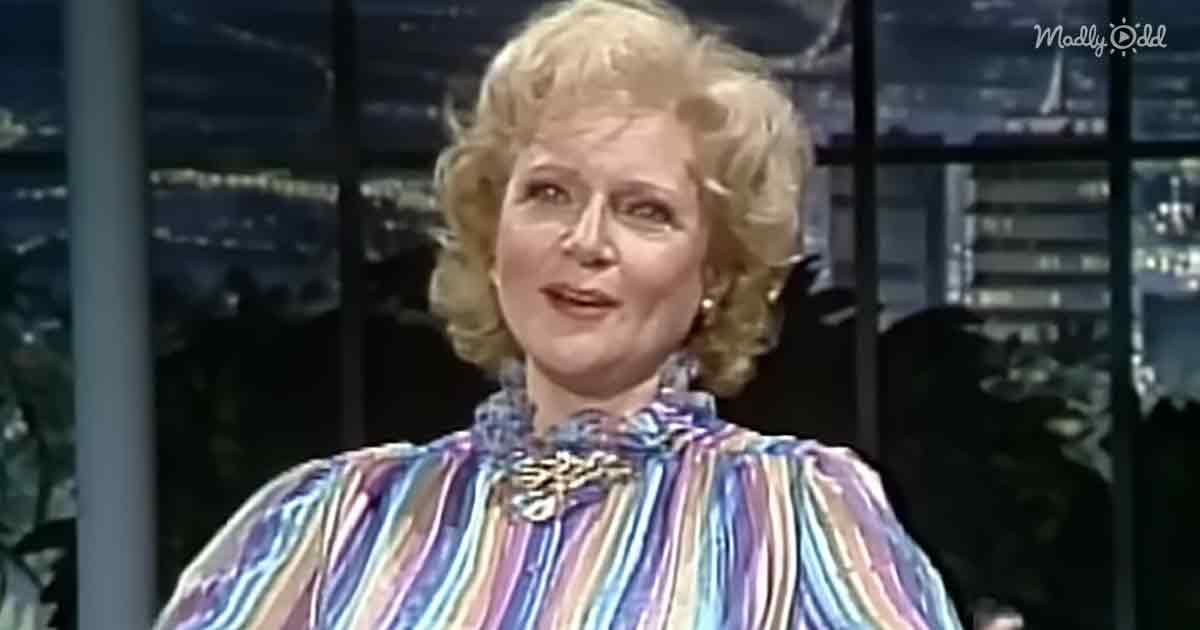 Joan can’t stop laughing. Betty continues to talk about how she got dressed and did her makeup with just the flashlight. She promotes her new show called ‘Just Men!’ She talks about the premise of the dating show. Joan asks what’s the question the men hate most in the show.

Betty jokingly responds, ‘Are you married?’ Betty says she loves the guys on the show because they’re nice, really good people. Joan says, ‘That’s a relief cause I always think hotties are stupid!’ 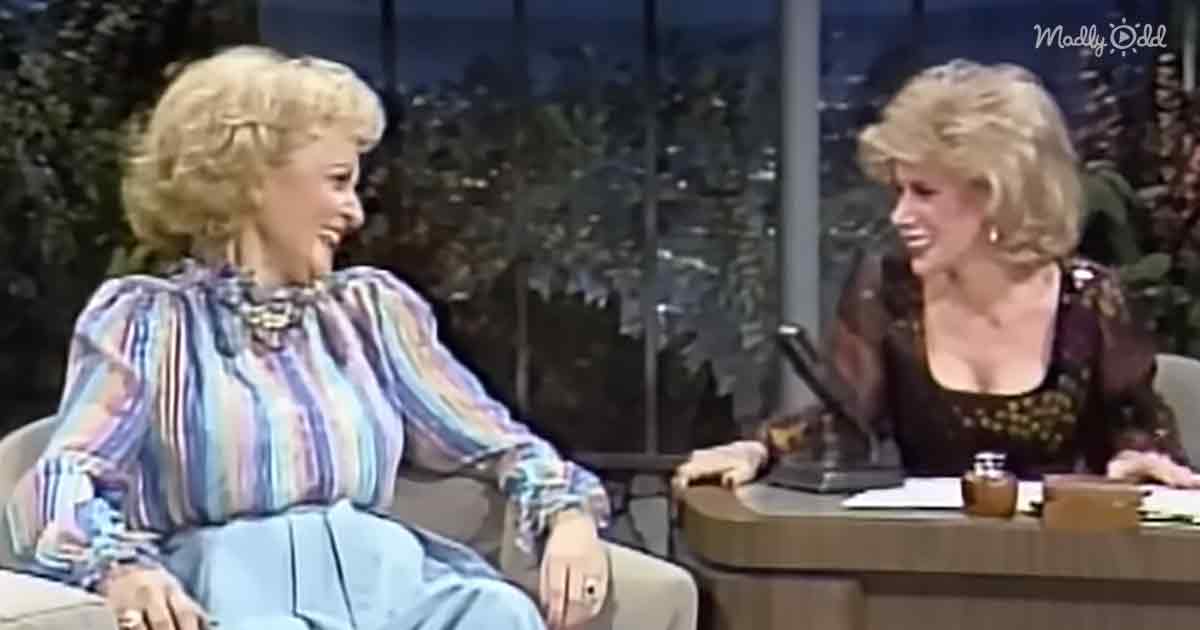 Joan asks Betty what she goes for in a man. Betty says comedy ‘Cause you need to be funny to compete with me!’ Betty asks if Joan knows Ed Flanders cause she has the biggest crush on him. Joan says, ‘Be careful… whips.’ The crowd laughs, and Betty laughs, but she’s confused.

Joan asks, ‘Who’s your first crush?’ Betty replies, ‘Bud Duffins, he gave me a nickel, and I didn’t have to do anything for it.’ Joan asks what she’d want to be if she wasn’t acting. Betty answers, ‘I’d want to be a zookeeper.’ As the segment ends, Joan says, ‘I’m glad I have you here. You look so much younger on the monitor,’ and the crowd laughs wildly.