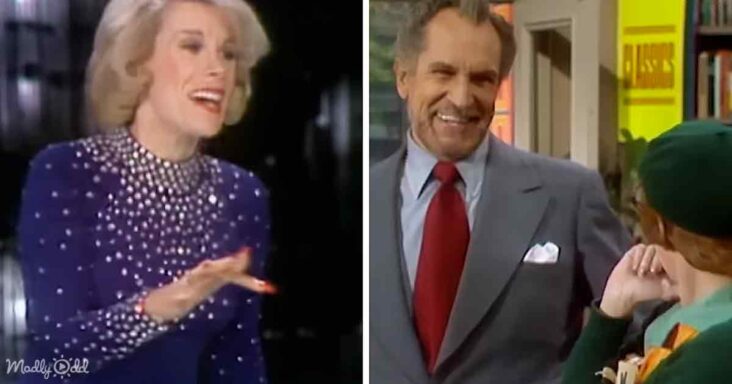 ‘The Carol Burnett Show’ featured an incredible cast of characters. Over the years, many fantastic guest stars joined the fun. In this episode, Carol and her friends are joined by the incomparable Vincent Price and Joan Rivers in Season 8, Episode 14. 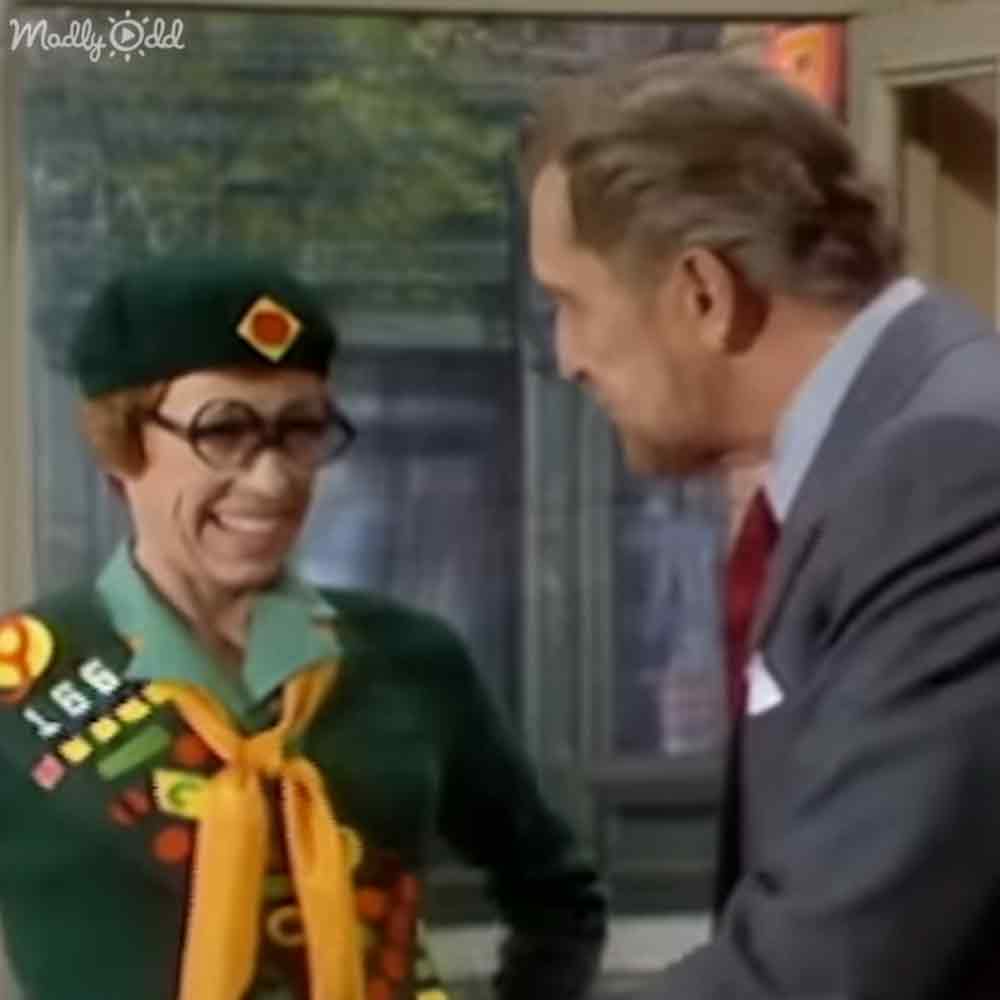 In Carol’s famous ‘Fireside Girls of America’ sketch, there’s always a victim of Carol’s blackmailing ways. This time it is guest star Vincent Price. He is in a bookstore when he is confronted by Carol, and she starts to yell, announcing why she is there.

She says, “The question is, sir, what is becoming of today’s younger generation?” She tries to persuade Vincent to give her money to donate to the Fireside Girls. He gives her a dime, and she looks disappointed and does more antics to receive more cash, like guilt-tripping him, mocking him, and asking him to sign her copy of the book he wrote. Carol resorts to her old tactics, threatening to expose Vincent’s cheating ways to his wife. In the end, she always gets her money. 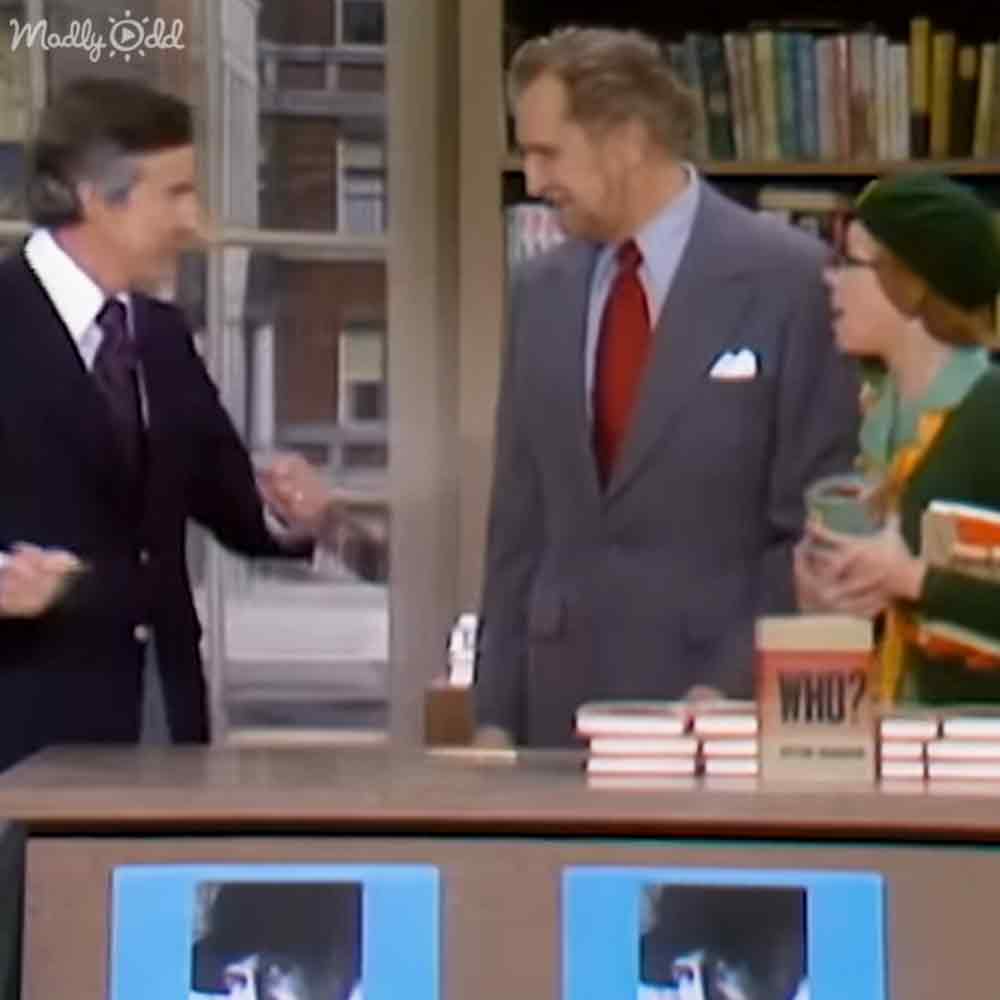 Another fabulous guest star was comedian Joan Rivers. She talks about leaving Brooklyn as an “Ugly, flat-chested little girl, and here I am. Viola! An ugly flat-chested little woman.” She says she is not flat-chested tonight because she bought a brazier. Joan takes off her coat and says,” Viola!” She states it’s all rubber, so it is good when she falls because she can bounce right back up.

She advises flat-chested women, saying, “This is called the Push-up, shove over bra.” She says it just takes all the excess skin from your stomach and pushes it up into your breast area, and the crowd laughs. 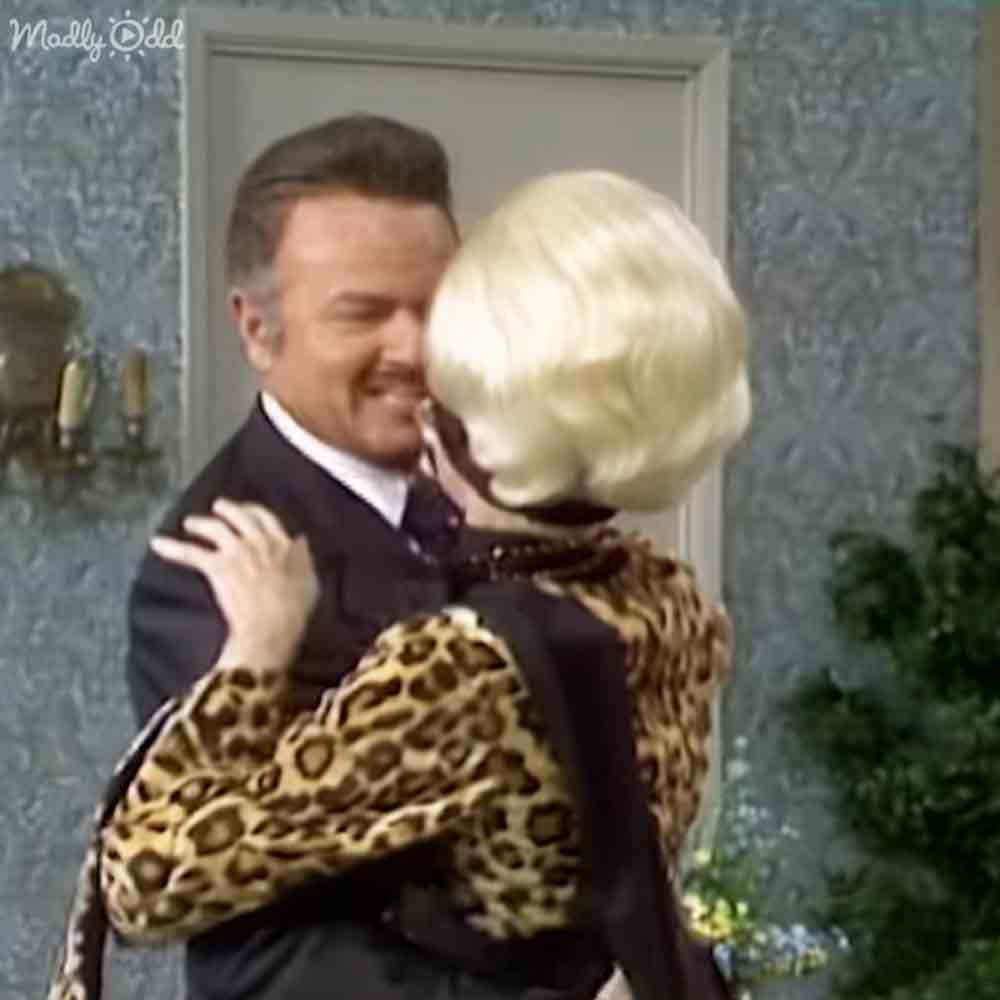 In another funny sketch, Harvey Korman and Carol are two performers preparing for their closing night performance when their understudies walk in, played by Vincent Price and Vicki Lawrence. Harvey and Carol are rude to them, and Vincent and Vicki plan their demise.

As Harvey comes backstage for a prop mid-scene, Vincent drops a suitcase on his foot. Harvey limps back out on stage. The same thing happens when Carol goes for her prop. Vicki steps on her foot, but she returns to the stage, injured. Harvey and Carol try to keep up the scene while struggling with their injuries. The whole episode is filled with funny sketches and Joan’s unique stand-up. 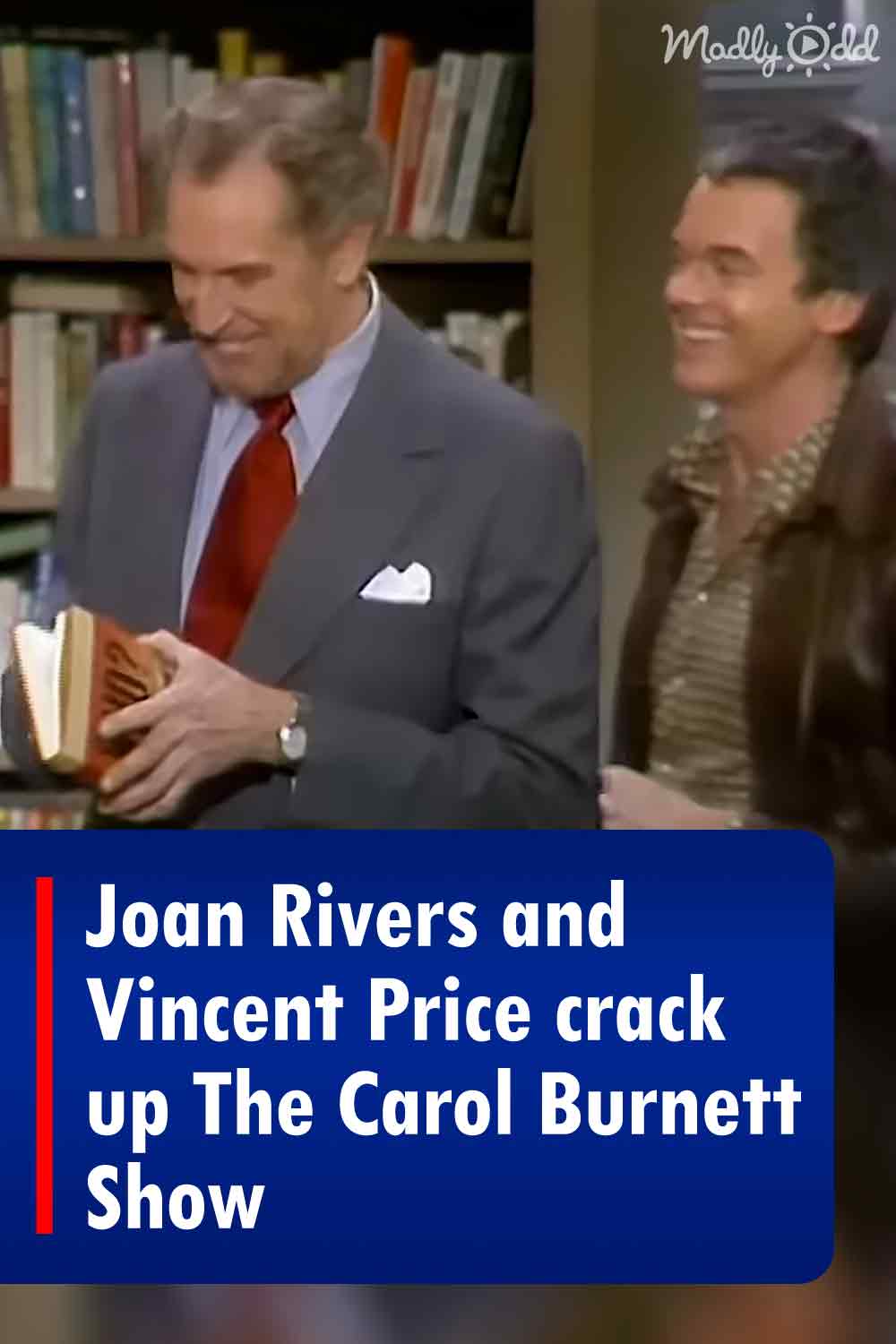