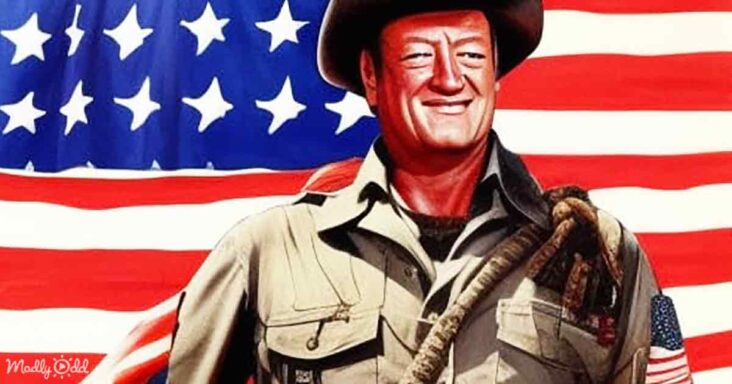 John Wayne was an iconic American actor who became famous during Hollywood’s Golden Age. His western and war movies are celebrated by audiences and critics, and he appeared in 179 film and TV productions. 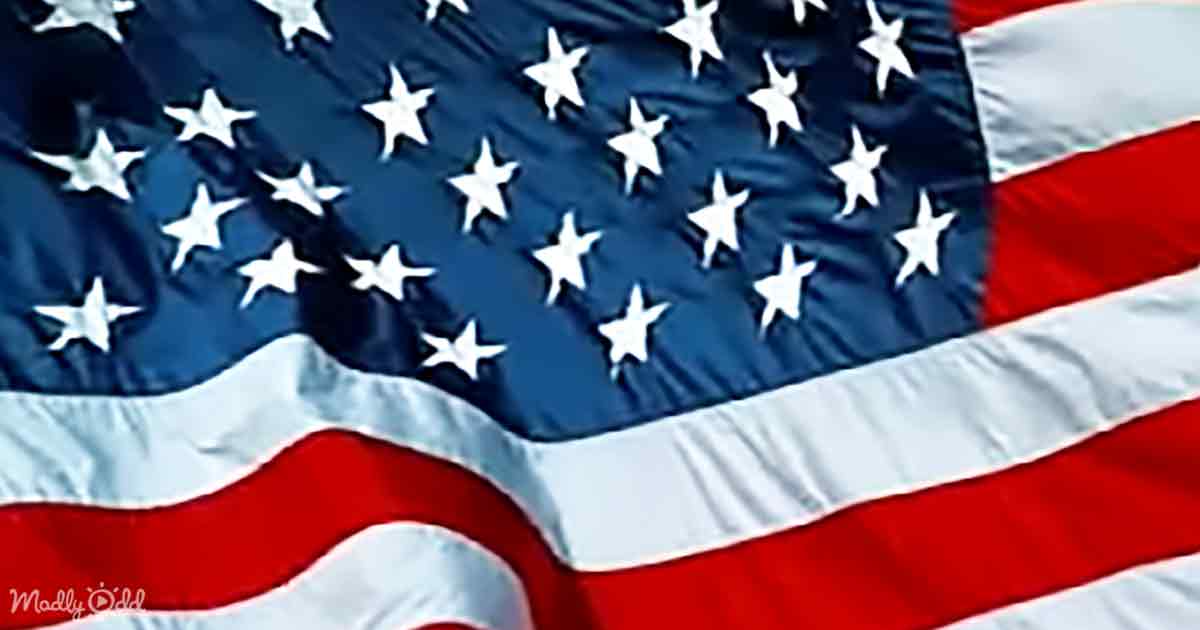 In this recording, John Wayne reads the poem titled ‘Why are You marching, son?’ The poetry, music, and video are a tribute to all the men and women who have served in the Armed Forces, especially those that made the ultimate sacrifice.

The poem was written by John Mitchum and appeared on John Wayne’s only album from 1973 titled, ‘America, Why I Love Her.’ John Wayne was famous for many movies and TV shows by the time of the album’s release. 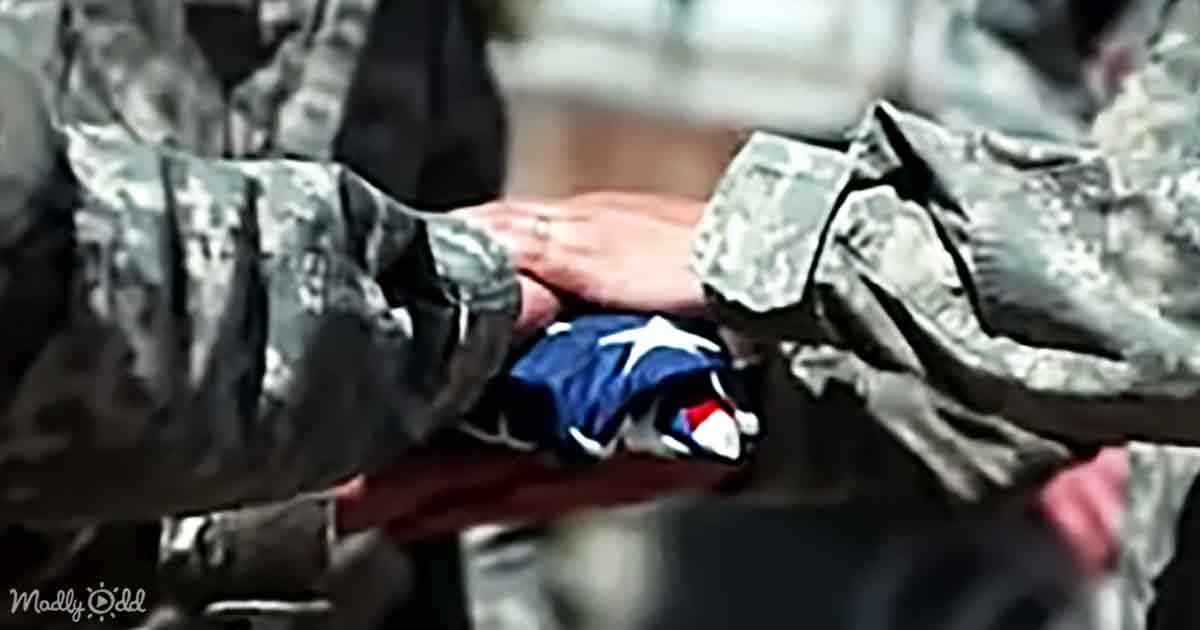 As the patriotic music plays, John reads the poem in his unique, tough-guy tone. It adds a great deal to the pictures that play in the video. The images feature soldiers, monuments, fighter jets, and memorials.

John narrates the lyrics to the poem, saying, “Why Are You Marching, Son? I’d really like to know! Is it because of Valley Forge, or perhaps the Alamo? Or, “One if by land–two if by sea,” a trumpet’s call…the will to be free?” 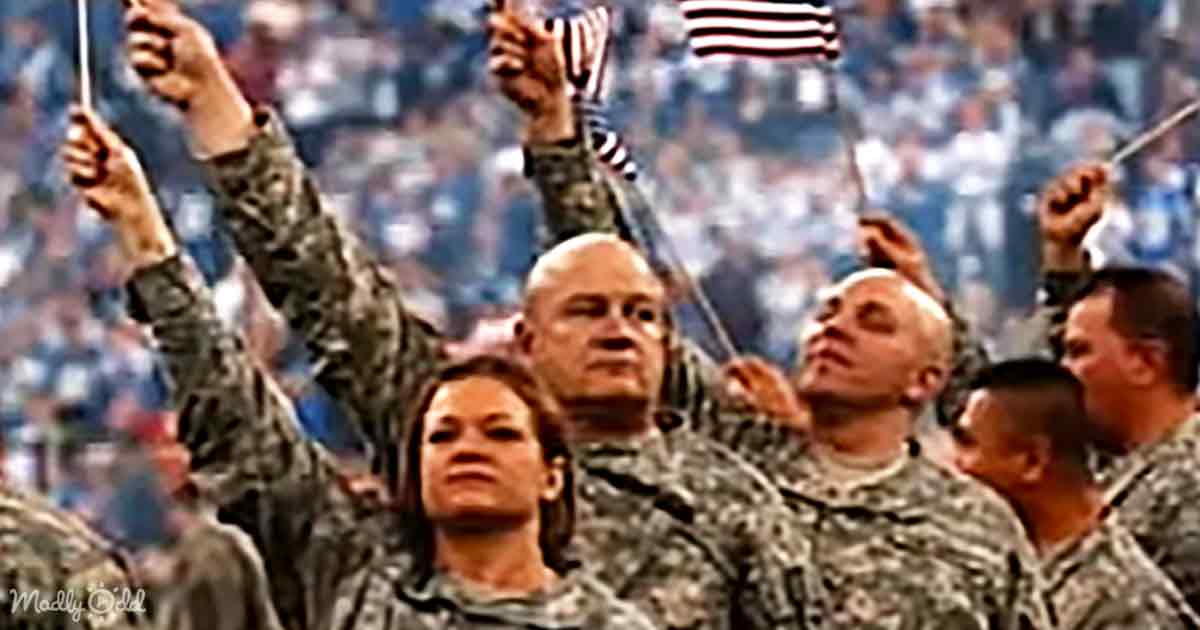 John continues, “And what of a man who stood straight and tall, who wept silent tears when he saw brave men fall?” The narration, coupled with the imagery, makes the entire montage very emotional.

The poem and the montage ends with John’s voice saying, “Our fathers died from sea to sea and blessed the torch of liberty. Why? Why Are You marching, son?” It is a perfect tribute to our American heroes in the Armed Forces, narrated by an American symbol of toughness and grit, John Wayne. 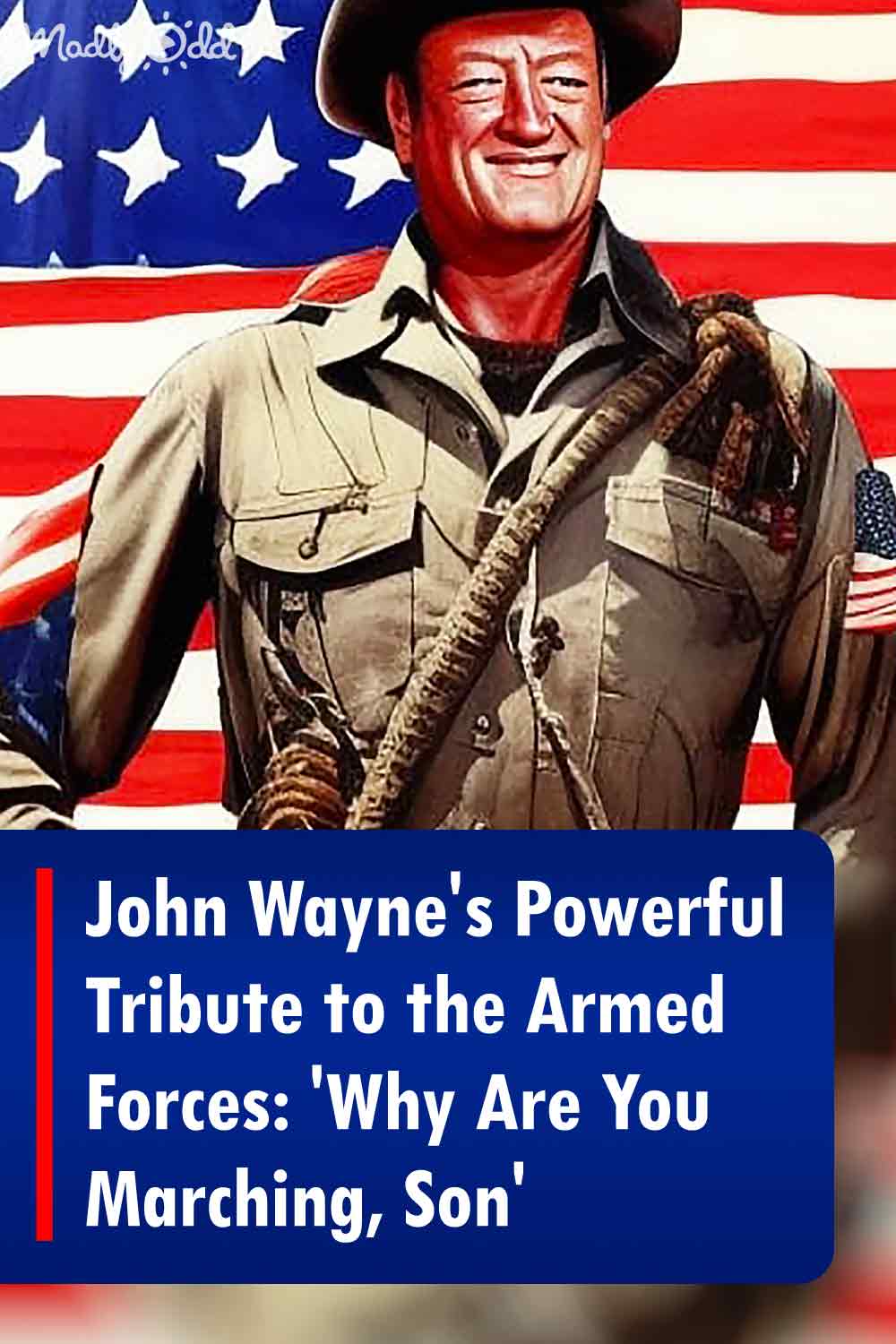