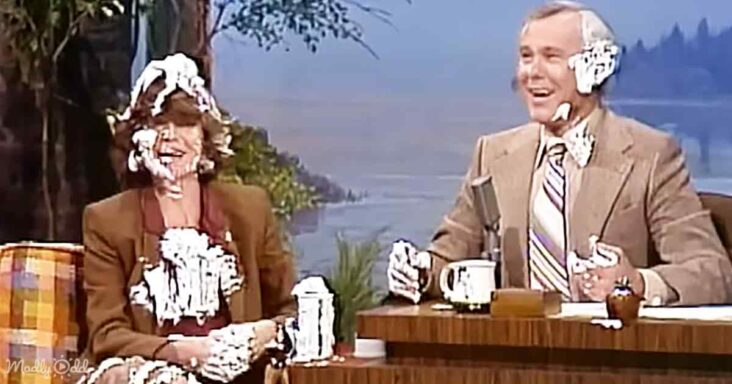 ‘The Tonight Show Starring Johnny Carson’ welcomed the talented Sally Field to the broadcast. The interview was terrific, but what happened at the end was something the audience had never seen before! 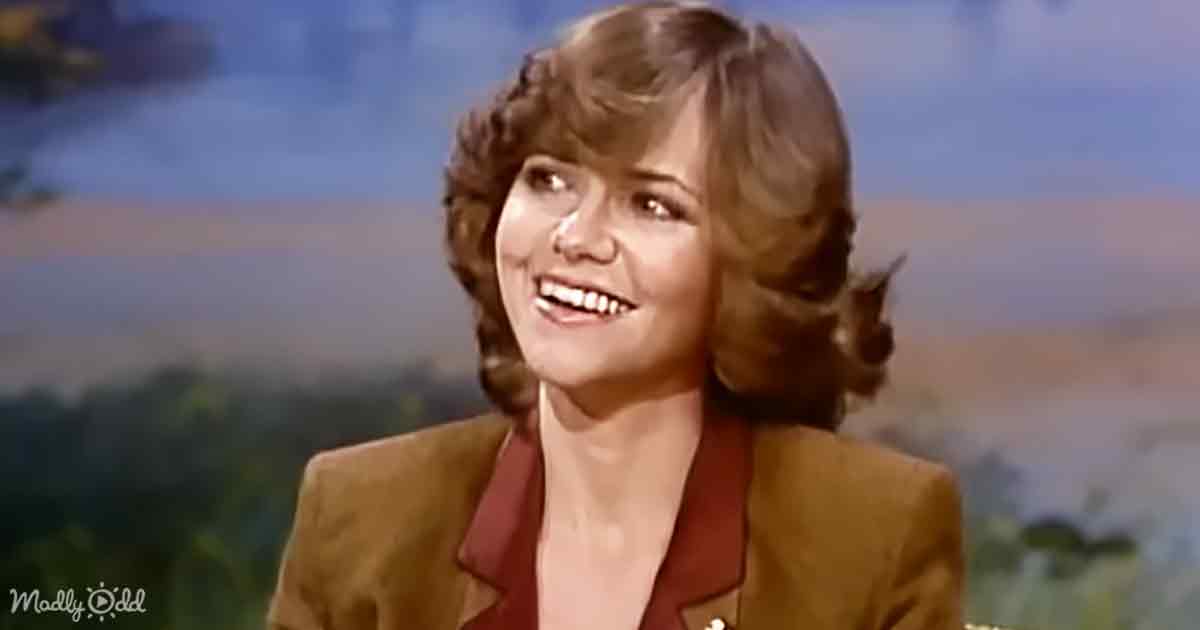 Johnny introduces Sally, saying, “I have not met this next girl, although I’ve admired her performances and her talent for some time.” Sally appears in a brown jacket and matching long skirt. She sits next to Ed McMahon and comedian Buddy Hackett. Sally says to Johnny, “I never went to camp. I feel very left out.” Johnny says, “You’re smaller than I thought you were,” and Sally shows him her heels.

Sally tells Johnny how she was picked on by a group of girls at a slumber party. She says that they first dressed her up like a clown, then threw her outside and locked the door. They took all her clothes off, put chunky peanut butter all over her body, and threw her in the pool. Johnny listens intently with funny facial expressions. 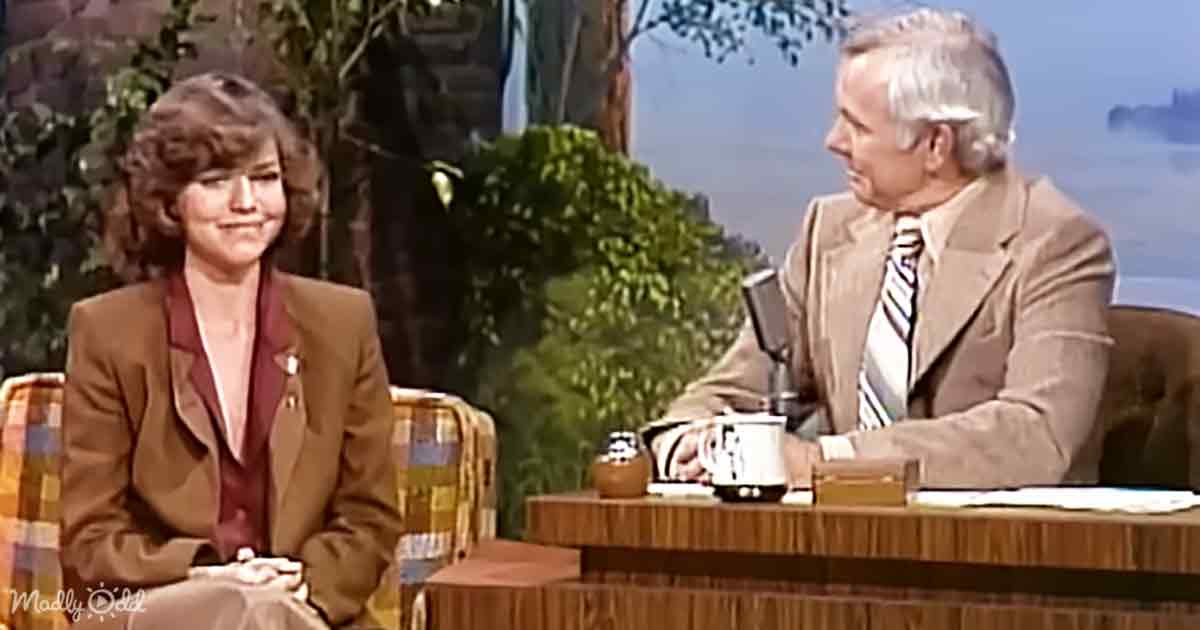 Johnny asks Sally, “How would you describe your relationship with Burt Reynolds?” Sally shocks him, saying, “Umm, lovers. We are lovers. Let’s face it. I hope my Grandmother’s not watching!”

Her boyfriend, movie star Burt Reynolds, gave Sally a list of do’s and dont’s for her appearance on Johnny Carson’s show since Johnny and Burt were good friends. Sally tells Johnny that she was advised to give him no compliments because it makes him uncomfortable. She continues, “I shouldn’t say that you are the sexiest man that was ever on TV. I shouldn’t tell you that I grew up watching you. You were my treat. If I was a good girl, I got to stay up and watch you.” Johnny is offended by the last one since it shows his age. 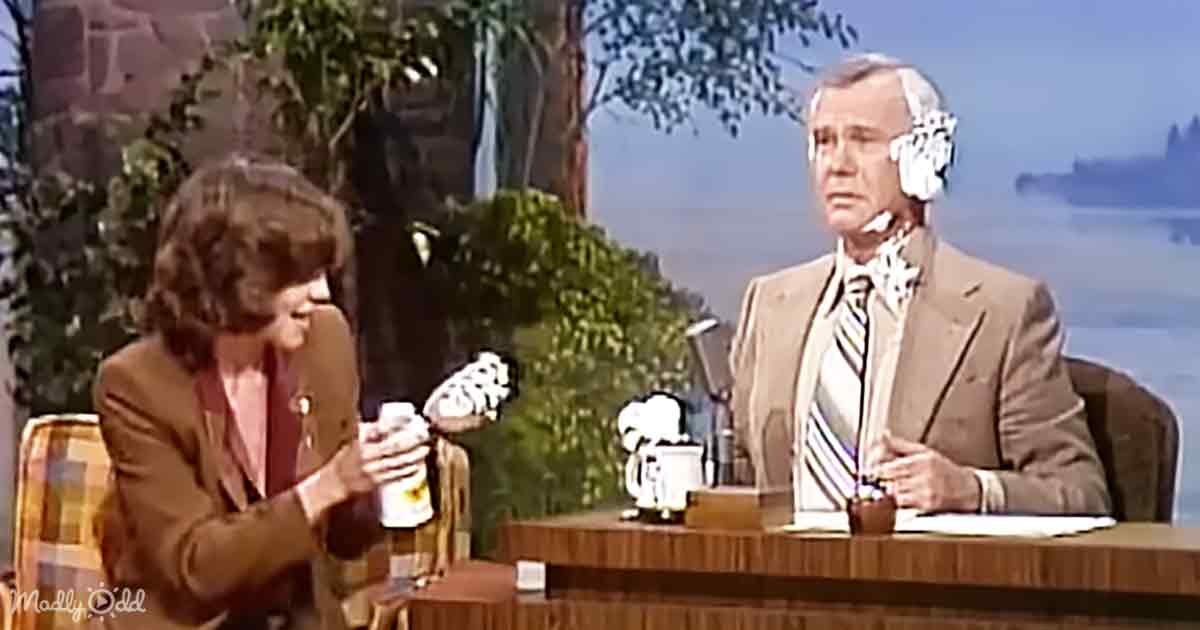 Sally puts shaving cream on Johnny’s desk, and he looks surprised and confused. She says Burt told her she could do anything she wanted to Johnny because he’d have no way of retaliating because she’s short and cute. Sally puts shaving cream on his ear, and Johnny is stunned. It sticks on there, and he pulls off a glob. Sally says, “There’s nothing you can do. I’m short, and I’m cute.” She does it again on the other ear. Johnny can’t believe it.

Johnny wipes his ear with a napkin, saying, “I was so sweet to you! Burt may have misinformed you.” He stands up, takes the can, and puts a glob down her shirt and on her face and hair. He piles it on her head and sprays her down the leg. The interview devolved into a hysterical shaving cream battle! 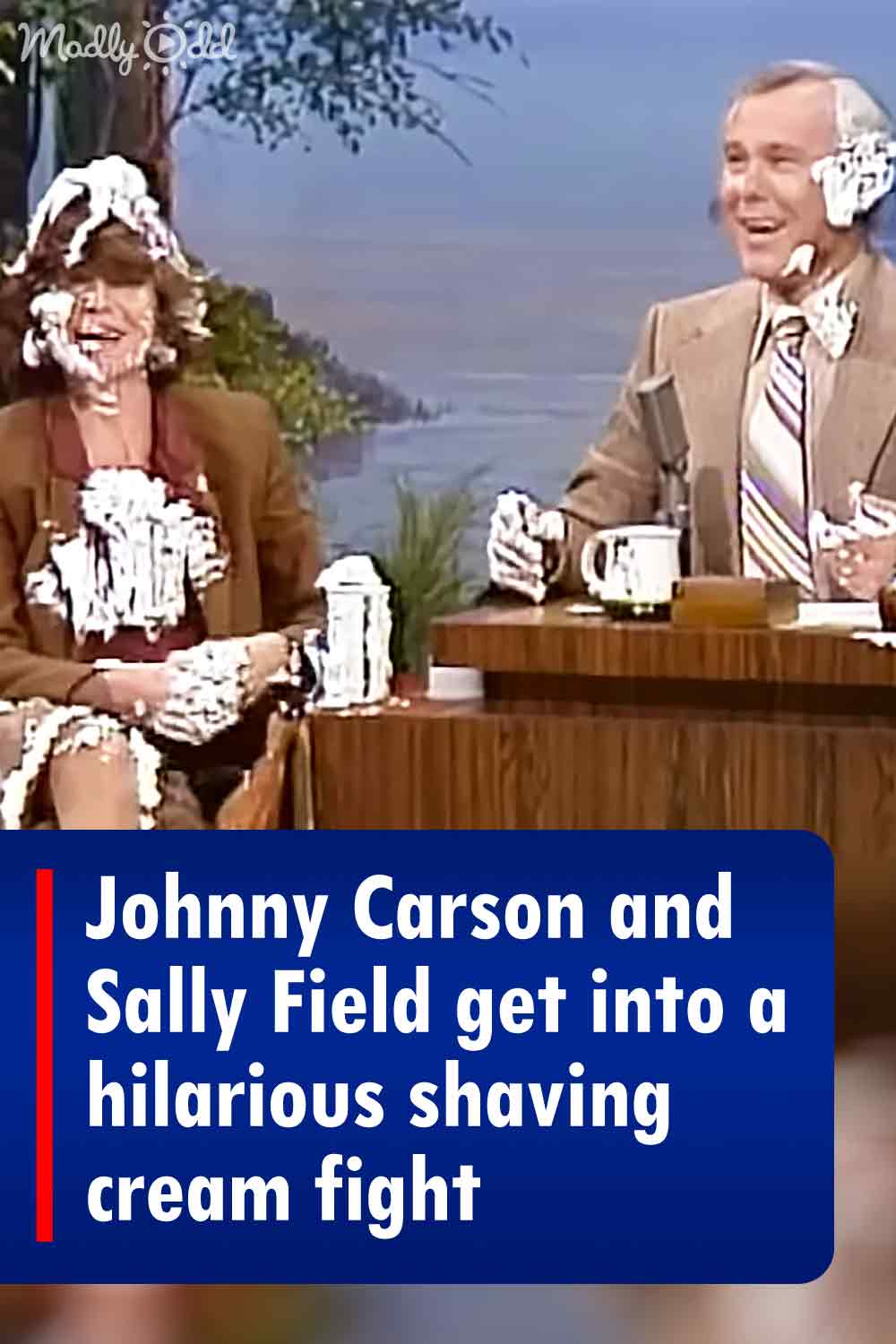