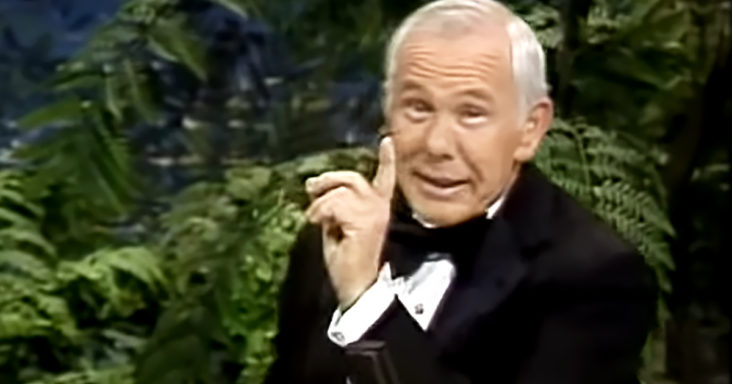 Johnny Carson is regarded by many in the American entertainment industry as one of the greatest, if not the greatest, hosts of The Tonight Show. His sharp wit and endearing personality have made him an American icon.

In a New Year’s Eve sketch on December 31st, 1987, Carson came up with a brilliant idea for a segment.

For the bit, he held up cue cards with jokes written on them for the audience at home to enjoy in case they couldn’t hear their televisions over the noise of their New Year’s Eve parties. 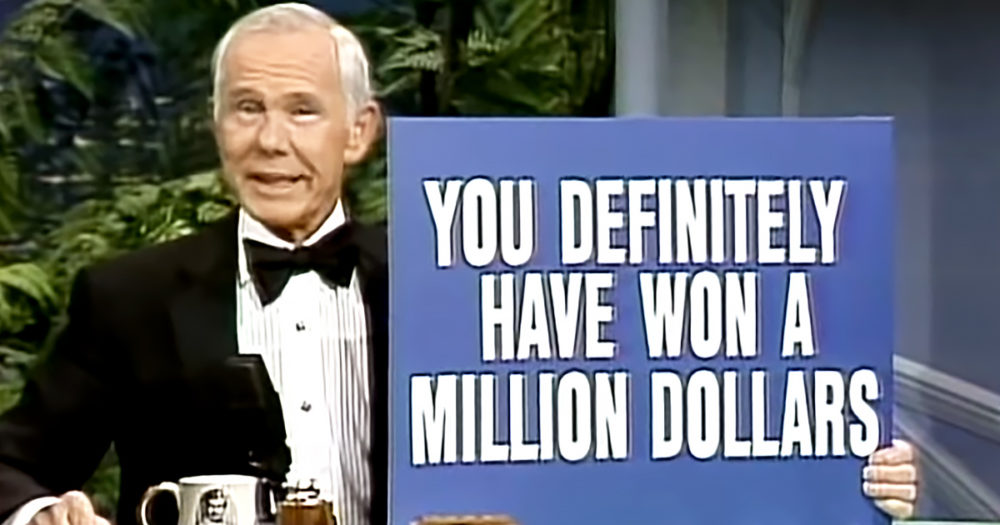 And of course, as is the style of Johnny, he proceeded to poke fun at his audience at home with signs that read things like “Watching me will help your sex life,” “Paper hats cause impotence,” and “I’m nude under the desk.”

That last one caused a lady in the studio audience to yell, “Stand up!” To which Carson laughed and politely declined.

Carson hosted The Tonight Show from 1962 to 1992 and was famous for being creative with comedy segments such as this one. The video was uploaded to his official Youtube channel and has received over 300K views.