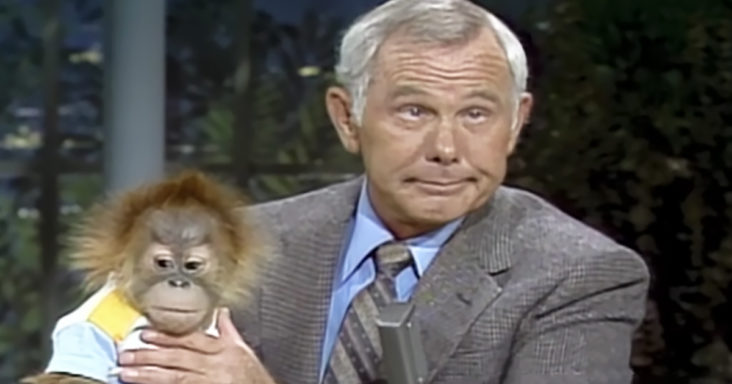 When you settle down to watch an episode of The Late Show with Johnny Carson, you are almost guaranteed of some monkey business happening on the set. This time, however, this expression is taken quite literally.

In this video, two adorable baby gorilla orangutans from the San Diego Zoo are brought on stage. They are dressed up in human clothes and behave exactly like shy human babies.

Orangutans are some of the most intelligent primates on the planet. They use tools to help them, and they also build structurally sound nests high up in trees. Originally, they are from Malaysia and Indonesia, but they are in grave danger of extinction. 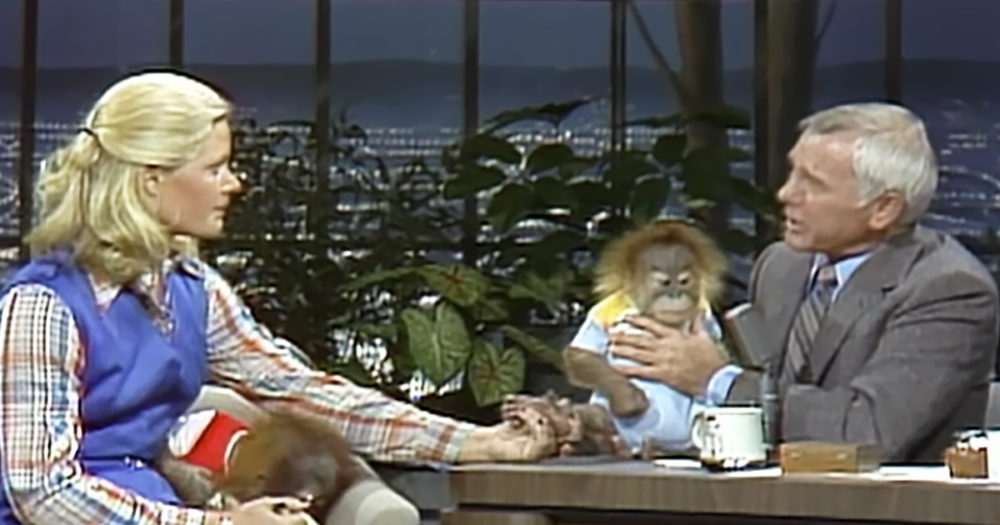 Luckily they are also bred in captivity and released into the wild at times. According to the zookeeper on the show, they bred 22 orangutangs at the San Diego Zoo when this video was recorded.

Oliver is the younger one of the babies on stage and is only 2.5 years old. Johnny carefully takes him and holds him like a baby. But Oliver’s face is too comical for Johnny, and he bursts out laughing.

His contagious laughter has the audience in stitches too. When he finally recovers from his laughter, Johnny says:’ Well, there is a face and a half for you.’ One viewer commented: ‘Oliver’s gonna murder this man for laughing at him.’ From the expression on Oliver’s face, we can deduce that this viewer might be correct!

Johnny drops a few more comments about the orangutangs. His dry, sarcastic statements have the audience falling down their seats with laughter. Regardless of Johnny’s snarky remarks about the primate babies, you still can’t help but fall in love with them.