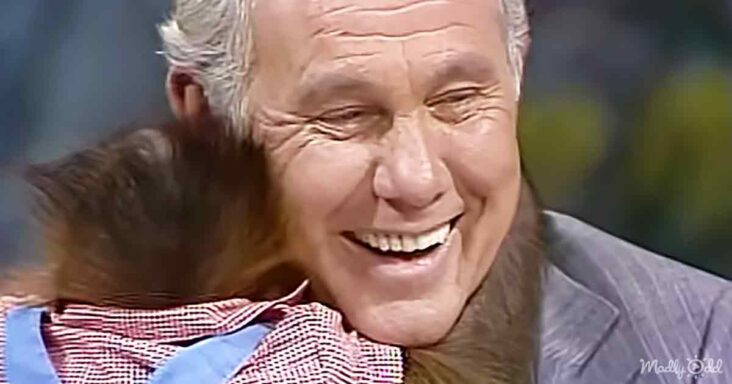 John William Carson was best known as the host of The Tonight Show from 1962-1992. He had hosted several celebrities and many animal friends on his show, along with Ed McMahon as his show announcer. 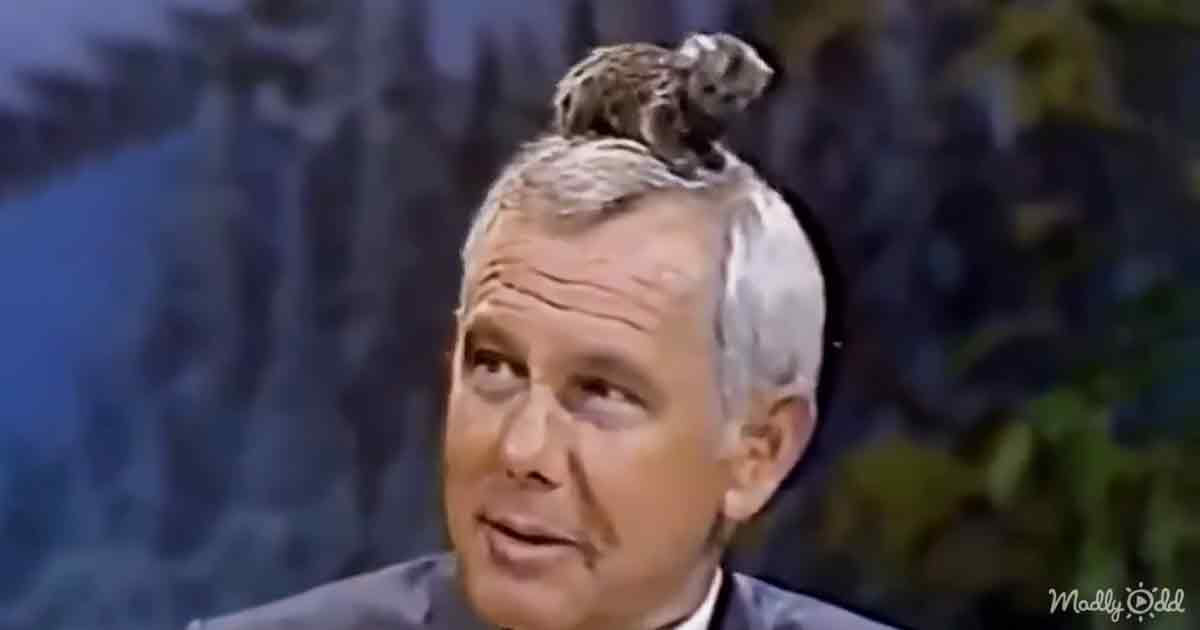 Carson had a special animal guest who would join him on stage with the zoologist Jim Fowler & Joan Embery. Recently, a few moments of Carson’s interaction with his special guests had been liked by several online followers.

The first interaction between Carson and Fowler was with an animal guest Kinkajou. The little animal climbed over the host’s expensive coat, but Carson did not seem to bother about it. Instead, he enjoyed interacting with the little creature, eating bananas, and smiling the entire time. 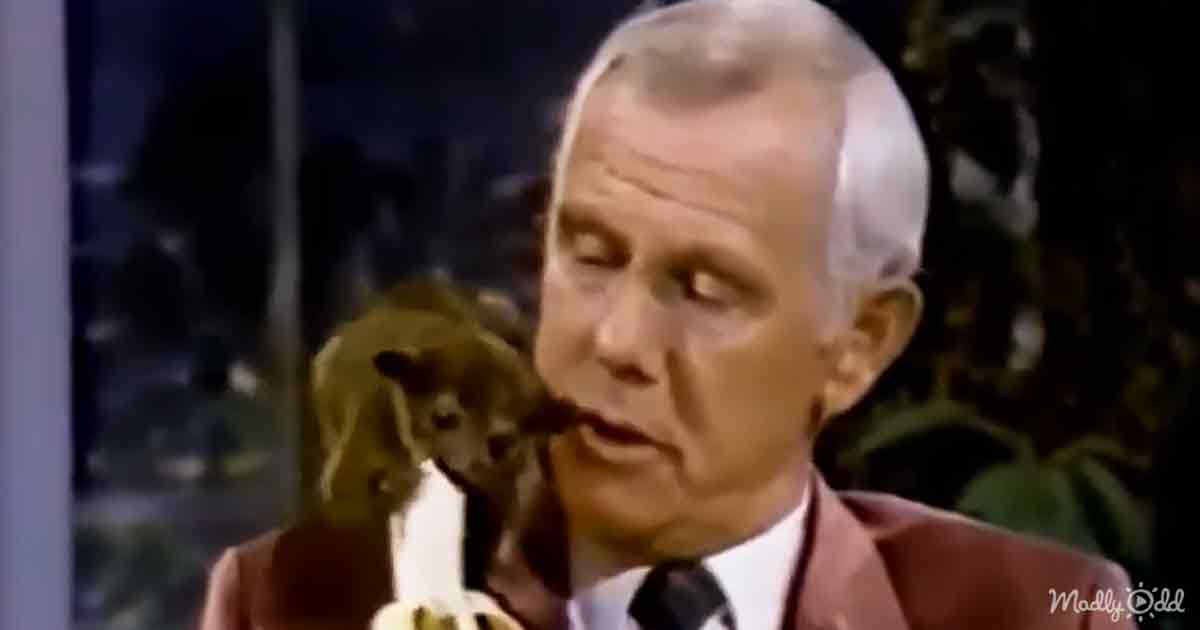 The following interaction was with a cute monkey friend and twin Orangutans. They had come onstage with Joan Embery. The little ones loved to hug the host, and they kept staring at the host’s face. Again, it was evident that Carson enjoyed meeting his animal guests as he found them adorable.

The next animal interaction was from the year 1979 when Embery got a Marmoset to come to meet Carson. The whole time the little creature sat on his head and was even found spitting. The only thing the fantastic host could do was smile. 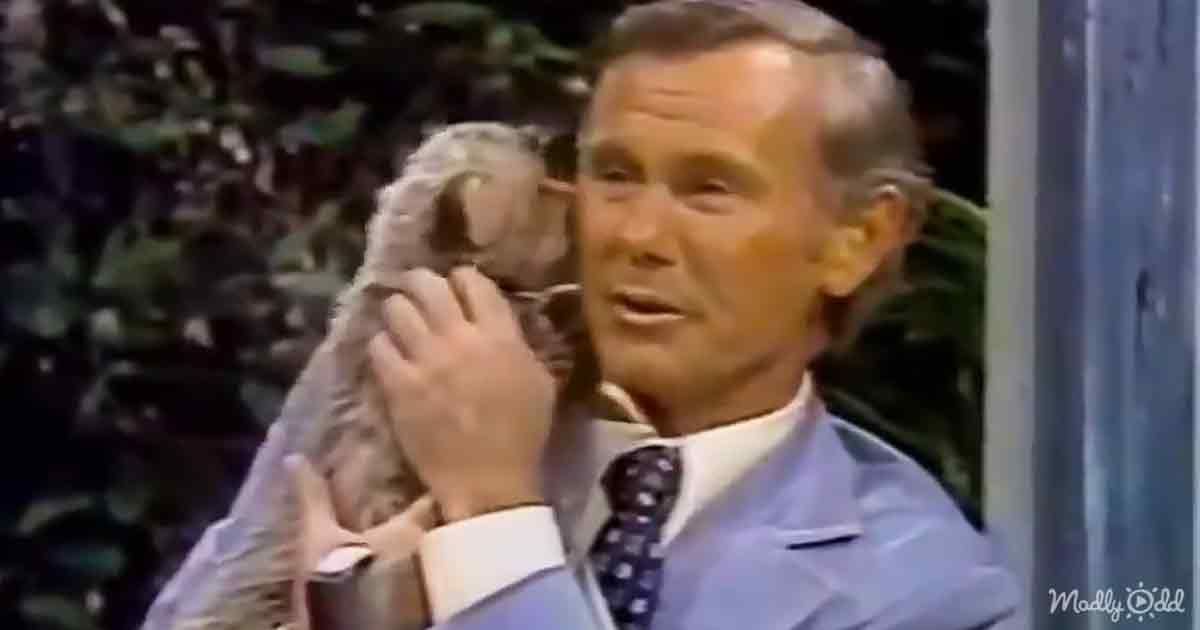 The next animal that found a place on the list was a cub. The little one groomed and purred while Carson held him in his hands. The same cub made an appearance again after 6 months and scared him onstage when the host literally ran up to his colleague McMahon and got on his lap.

The other guest on the show was an intelligent and talking bird named Howard. The next one whom Embery had got on stage was a Bush dog. She was sent from the Berlin Zoo and was an endangered species. The little creature loved the belly rub so much that she almost slept. 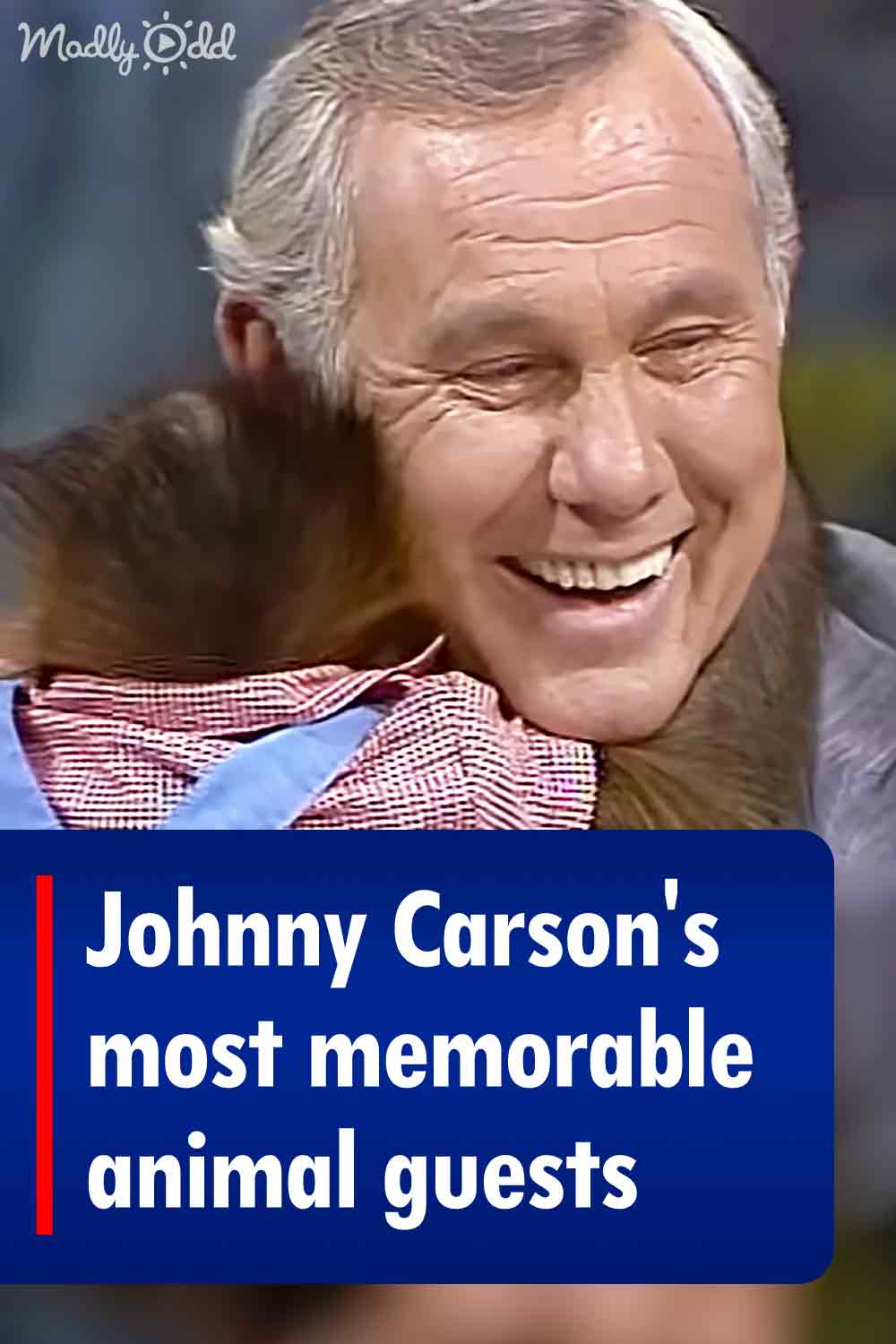